Eritrea: A country that passed through thick and thin 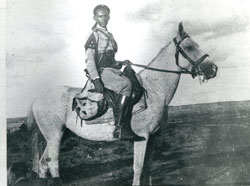 The Eritrean history is a history of struggle for independence, identity and dignity. Since the coming of the Italians as colonizers Eritreans have been deprived their basic right by the successive colonizers and the Eritrean people had never gave from pursuing their right first through peaceful means and later through the barrel of a gun that took thirty years. During the thirty years of armed struggle the Eritrean people had to pay heavy human and material sacrifices.

When Italy claimed Eritrea as its colony on January 1, 1890, Eritreans began to feel the effects of oppression as they faced apartheid and ethnic cleansing.

As Eritreans continued to suffer from the brutality of the Italian colonialism, resistance movements began to sprout across the country. The Italian government began executing those leaders and their followers to control the resistance of the Eritrean people. Their efforts, however, didn’t deter the emerging brave leaders.

Although they were the under dogs, Eritreans persistently continued resisting through out the Italian expansion period in Eritrea. The revolutionaries who were born out of oppression galvanized the people and created a sense of a common identity and destiny; this was instrumental in uniting the people. The desire for a life free of foreign oppression helped build a strong

Eritrean identity, as well as unite the Eritrean people with strong sense of nationalism-a strength that was necessary for them to prepare for the fight that was to come.

Undoubtedly, the end of the Second World War was a huge step and sigh of relief for anyone. After decades of colonialism, they were finally promised to self-determination! Or so they thought.

Pamphlets promising independence could be found all over Eritrea amongst the debris of the Second World War. When the Italian colonial government finally collapsed in

1941, the Allied forces who gained control over the former Italian colony disagreed on the future of Eritrea. Eritrea was placed under British rule in the interim, and the Eritrean people welcomed the British with open arms as with the British came the possibility of independence and increased social mobility.

Promises of independence had built hope amongst the Eritrean people, resulting in the emergence of several Eritrean nationalist movements that shared the idea of consolidating the country as one.

Once in power, however, the British adopted the Italian administration code and left in effect the racial laws and other discriminatory practices leaving many Eritreans not only unemployed but also devastated by hunger and lack of medical care. To add insult to injury, the US supported Ethiopia’s claim to Eritrea. As a member of the Allied forces, Britain also supported the US and pushed for Eritrea’s union with Ethiopia. In order to persuade Eritreans that they were too weak to survive independently, the British destroyed or sold much of Eritrea’s assets and infrastructure, sending much of it to their colonies in Africa and Asia. They believed the dismantling of Eritrea’s advanced infrastructure would negatively impact the Eritrean economy and would make integration with Ethiopia inevitable.

The British efforts did not impact the will of the Eritrean people-the majority of the Eritrean population continued to push for an independent state, regardless of their political persuasion. Haileselasie and the British tirelessly pressured to destabilize Eritrea and force Ethiopia’s annexation.

In 1950, the United Nations decided to federate Eritrea with Ethiopia as a gesture of appreciation for the Ethiopia’s support of the Allies in WWII. This decision was made despite Eritreans’

repeated calls for independence as noted by US Secretary of State, John Foster Dulles: “From the point of justice, the opinion of the Eritrean people must receive consideration. Nevertheless, the strategic interests of the United States in the Red Sea Basin and considerations of security and world peace make it necessary that the country (Eritrea) be linked with our ally, Ethiopia”.

Other Italian colonies such as Libya and Somalia were given their independence, however, due to Eritrea’s strategic location on the Red Sea, it was forced to be federated with Ethiopia.

Under the UN resolution, Eritrea was promised to have certain sovereignty and democratic freedoms, some of which included to the right of their flag and control over domestic affairs. However, these promises were soon broken, as Eritreans quickly became marginalized citizens in their own country under Ethiopian occupation.

However, after ten years of federal administration the Haileselasie regime disregarding the UN resolution forcefully annexed the country and banned all the federal laws that were in effect in the country. It also began exercising brutality the Eritrean people have never experience before. The indiscriminate killing of innocent people, burning villages and property were rampant that the Eritrean people found it hard to shoulder.

Moreover, Eritrean were banned from speaking their own languages and forced to learn Amharic, one of the Ethiopian dominant languages. Censorship became the standard; Eritreans were forced to dissolve their political parties, trade unions, and press freedoms were non-existent.

This suffering did not break down the social fabric of Eritrea, but served to fuel their desire for independence. Betrayed once again, Eritreans were left to resist and reclaim their sense of identity. In 1961, Hamid Idris Awate fired the first gun-shot-marking the beginning of Eritrea’s 30 year armed struggle for independence. What followed next demonstrated to the world the strength, perseverance, and unity of the Eritrean people.