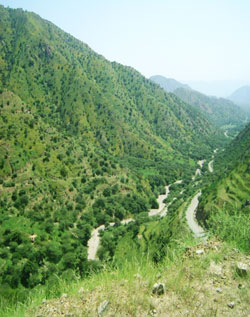 Different slogans written in bold letters in Tigrinya that could roughly translated as “Green land: Secured life”, “Relentless Effort for Green Campaign”, Trees: the Very Means to Existence” were among the banners hanged on different corners of Molober Club in the Expo grounds. It was an occasion to commemorate May 15, National Greening Day. The messages the slogans convey is of high value for it tells the very dependence of any living thing on the safety of natural vegetation resources. It was indeed a platform for people with an interest in forests to share their views and work together to ensure  the sustainability of the endangered species of natural vegetation and thereby to adopt mitigating strategies.

Even though Eritrea’s afforestation programs have been conducted annually since 1994 with the starting of summer students work program, it was before 8 years (since 2006) the Green Campaign which involves a number of social institutions and interested individuals as well as green clubs started in an enhanced and well-organized manner.

The very aim of such a campaign is to stand against deforestation and to increase awareness of people to the point of inculcating firm outlook which favors zero illegal deforestation. Among the many causes of deforestation discussed in the workshop include cutting down trees with an aim of constructing dams, paving roads, building houses, farming activity and more significantly cutting down trees as a source of biofuel in domestic uses.

If the aforementioned factors have been the main causes of deforestation, the introduction of such a green campaign program and the hosting of such like

workshop raise awareness of the importance of all types of trees and encourages tree planting from individual through institutional levels. Hence, the organizational rearrangements introduced since the launching tree planting campaign which started anew in 2006 has been very effective.

The number of individuals who have been taking tree planting initiatives continues to be increased annually. The number of green clubs which was mainly confined to schools has now been followed by religious institutions and hence Mosques and Churches have been planting trees within the premises of their respective Holy places.

Villages have been establishing permanent enclosures aimed at boosting the coverage of indigenous vegetation. Regional administrations have also been working hard to ensure the aims of the greening campaign successfully implemented on the ground. As planting trees and preserving the natural vegetation area from any human interference is the very means to sustaining the very livelihood of people who depend on forests and providing a habitat as well as food sources to wild animals is of a high concern, a number of constrictive ideas were shared among the participates of the Commemorative event of National Greening Day.

On the occasion each of the six regions presented its tree planting, water and soil conservation, wild life preservation, seedlings nursery, establishment of permanent enclosures, and other related activities conducted within the time rage of May 2012 to that of May 2013.

The introduction of smokeless ovens which could make due contribution in the reduction of pollution as well as reduction in the consumption of biofuel was also among the discussion point of the workshop. Constriction of dams and terraces as part of soil and water conservation activities was also discussed. Fire damage which becomes a cause to the destruction of hectares of trees in different areas of the country and death of wild animals due to unknown causes were among the major concerns raised in the workshop. The uprooting of seedling by monkeys was raised as a problem in some areas.

According to the presentation of the six regions of the country, thousands of trees have been planted through the involvement of social and governmental institutions, individuals and green clubs. Therefore, exemplary institutions, villages and individuals who worked hard in tree planting were awarded for what they have achieved.

Among the participants of the workshop were individuals who planted and successfully grew up to 1,500 trees. Such exemplary individuals received solar energy powered lamps and 4,000 Nackfa of monetary encouragement. Likewise, exemplary schools, religious institutions, villages, sub-zones, zoos and other social institutions from each of the six regions of the country received monetary and solar energy powered lamps for what they have

Serejeka sub-zone from Central region, and Lego Aneseba sub-zone from Gash-Baka region were awarded for the contributions they made towards the success the green campaign. In a cumulative result, the Northern Red Sea region become the winner to be awarded at a regional level.

The rearrangement made in 2006 to conduct tree planting activities in enclosures and premises of social institutions have made a significant contribution towards achieving the setout goal what remains is huge though.  “It is not too late to reverse the destructive trend if we act now,” was the very message of the National Greening Day.

Eritrea: A country that passed through thick and thin

“I was always a prize winner: I thought life was all about that”