“The right to be free” 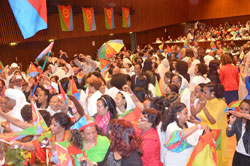 Freedom is measured in so many ways. It could be translated in different ways for every individual. It may mean having the ability to come and go as you please with no accountability to another, or to make your own decisions about what you want. Could be small steps or bigger and larger steps, but every kind will represent all the  different types of freedom, as does taking the liberty to speak your mind and think your thoughts without fear of consequence. But never the less we shouldn’t forget that true freedom means you can run towards something you want but it doesn’t mean running away from something.

True freedom also comes from letting go of all concerns of appearances or approval from others, of having full faith that we are exactly who we are for a very special reason, and that unless we realize that only we alone can dictate a full sense of freedom for ourselves inwardly, we will always seek it outside of ourselves. We find that random actions, another person or another place cannot make us feel free; it is entirely in our hearts and minds, and that acting on our pure knowledge of self will bring us the freedom we crave.

Freedom stands for something greater than just the right to act however we choose; it also stands for securing to everyone an equal opportunity for life, liberty, and the pursuit of happiness.

In reality freedom means more than just ‘free to do whatever I want’. Or at least it should mean more. Because as we live in a society and not alone like savages we all should take in consideration the well being of the  people around us.

Although freedom does mean the right to think, believe, speak, gather, and generally act as you choose but never should your choices of being free hurt or violate on another person’s freedom.

But to have such liberty and individual freedom your nation has to be free so that it can protect and provide for the people that live in it. And fifty years ago Eritrean people started to fight for their right to be free. To have what we are suppose to have by nature but that people manipulated in history for fewer gain.  In our rather long history of humanity the power of being free has been violated by those exact people that mistook the ideology of freedom. Those people put their interest in first place disregarding the fact that their actions affected some people and at times some entire nations. The fight of the victimized nations to gain their freedom varies from time and place. Nevertheless those fights left some significant traces in history, and the people living in those nations are living and hard proof.

As we all know Eritrea is a multi-ethnic country, with nine recognized ethnic groups, and different costumes from area to area but for this common need and right they all came together putting aside their differences. In stating to their enemies, the world and most of all to themselves that we are, as much as anyone around the world entitled to our god given right to be free.

The war of independence started on 1 September 1961 when Hamid Idris Awate and his companions fired the first shots against the occupying Ethiopian Army and police.  And after 30 years of

Because freedom emphasizes the opportunity given for the exercise of one’s rights, powers, desires. On the other hand, Independence implies not only lack of restrictions but also the ability to stand alone, unsustained by anything else.

The Eritrean people today are proudly celebrating their 22nd year of independence. Today all of the Eritreans in their home town or Eritreans overseas show their gratitude to those who fought for our nation, to those who fell heroically fighting and of course to God for letting a dream come true. The dream of being free and independent.

The Soviet Union and its World Influence II