“I better show you his grave” 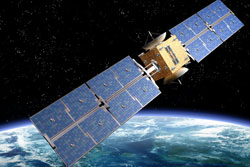 A couple of days ago I met an old friend of mine who came from US to visit his relatives. As we were discussing on different topics, about his relatives here in Eritrea, what looks like living in the US these days with the tough economic problems and on other issues. One area of our discussion was, since I work in the media, was about the press freedom in the US where they argue that that country has the best press freedom never seen in other parts of the world. And I asked my friend “Is a journalist free to write what he feels and what he has in mind in the US”.

My friend laughed indicating to my question that it is not true but to the contrary. And in his own words, he said “If you go to the US and ask any bystander whether there is journalist who writes about the grievances, the mistreatment, and other social issues of concern to the public, he will definitely say that is only in the legal documents. In fact he will boldly replay to your question saying “I better show you his grave”. That is to say freedom of press is thing of the past and already dead and buried.

The western media outlets are owned and run by big corporates and interest groups and no media is allowed to utter a single word without their knowledge not alone items against them. Any one who did write articles or news or voicing the interest of the masses is immediately isolated from the main stream media outlets. Leaving him depend from other smaller social media outlets and twitters.

To this effect the renowned historian and journalist Noam Chomsky says “Since mainstream media outlets are currently either large corporation or part of conglomerates the information presented to the public will be biased with respect to these interests. Such conglomerates frequently extend beyond traditional media fields and thus have extensive financial interest that may be endangered when certain information is publicized. According to the reasoning, news items that most endanger the corporate financial interests of those who own the media will face the greatest bias and censorship”.

The news items and articles favored by those conglomerates are those which express the grandiose of the interest groups, their role in assisting “projects” in third world countries such as “malaria eradication projects”, and other issues that will make them happy. The reality is that, as one US citizen living in Asmara once told me, “if you hear one billionaire funds some million

dollars towards certain ‘project’ in Africa, stay assured that the billionaire profits double fold from that project. For example, let’s say one fund 10 million dollars towards malaria eradication project in Africa. All the medical equipment, the pills and other accessories are supplied by the funding organization or individual paid in profit from the project funds. Because he is considered as humanitarian by his government he is also exempted from tax. The money that he had to pay for tax goes to his pocket”. While this being the reality the “benefactor” is portrayed by the mainstream media outlets as “humanitarian” never get sleep until malaria is fully eradicated from Africa.

News items entertained by the western media conglomerates should never and ever have to be that hampers the interest of those owners of the media. If they have special interest in one country and every movement the government of that country makes against its people is never mentioned. The mass killings being observed in some countries of Africa, Asia and Latin America are not news for them. If it does they would break or weaken their relations with those governments and affect their interest.

There are prominent personalities and historians who are critical to the US policy towards international relations that are isolated and denied access from the mainstream media. One of the prominent historians and author of many books that is excluded and isolated from the mainstream media outlets to voice his concern is the renowned historian and author of many books Noam Chomsky. Chomsky as many young and old activists in the third world recall has been for many years opposing the direct and indirect interference of the US in the affairs of the developing countries simply because to entertain its interest. He has been also critical not only to the silence of the west media conglomerates but also for their ignorance on what is happening in these countries.

Every one knows interest comes first. But what kind of interest? Giving priority at the expense of the existence of countries is the worst scenario that those countries are exercising. Working against countries who prefer to design and chart out their own development they believe is workable for the well being of their people has no comparison but only aggression. Do what I tell you policy only serves for increase of opposition and finally resort to open aggression. And putting your feet in different countries at the same time, like we observe they are doing in Iraq, Afghanistan, and in other countries, will result in stretching existence beyond capacity and accelerate the end of power. That how we saw and read the rising and dooms of different empires in history.

The freedom of press in the west is, hence, non-existent and only rhetoric. To the contrary they appear to become advocates of freedom of the press. They try to clean the dirt from the Third World countries while the dirt in their courtyard is pilling.

A Resistance That Demonstrated The Power Of A United People

Assessment of Eritrea’s Festivals of Yesterday, Today and Its Future Prospects Part I