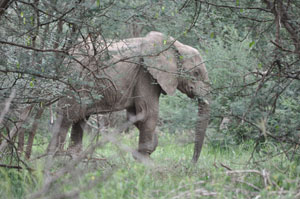 In the past, Eritrea was home to a large range of animals, including buffaloes, cheetahs, elephants, giraffes, hippos, Nubian ibexes, leopards, lions and waterbucks. But then due to different things: such as deforestation, wars, poor farming methods their numbers have drastically declined. With the loss of the forests and decades of colonization and war, many of these animals have completely disappeared.  It is amazing how it was less than a hundred years ago that Eritrea was home thousands of species.

Lions and greater kudus and Torah arte-beasts are still found in the mountains of Gash-Barka Region. Rarely could they be seen even in other places.  Besides, Eritrea’s large population of elephants roams in this region. A dik-diks and dorcas gazelles as well the endangered African Wild Ass can be seen in Denakalia Region. Others include bushbucks, duikers, greater kudus, klipspringers, leopards, oryxs and crocodiles.

Another amazing thing is that there have been recorded more than 560 species of birds. This high number of bird diversity within Eritrea is largely due to its location. Eritrea lies between a popular bird migratory path that links the middle-east and the African continent. The highest concentration of bird populations within Eritrea are usually to be found in the Semenawi Bahri national park, Asmara plateau, Dahlak Islands and the coast.

More known birds, such as the ostrich, (known as Segen in our language), are to be found in eastern parts of Eritrea (Danakila). They can easily be seen on journeys south of Massawa. This is the northern ostrich race, and mature breeding males will have extraordinary blue legs.
The vultures are found throughout all of Eritrea, while raptors are found on the Dahlak Islands and the Eritrean plateau. Eagles are found throughout most of Eritrea, with greatest numbers of them residing in the Semenawi Bahri national park.

Perhaps the most thrilling sighting on the desert coastal plain is of the rare wild ass. This is a relative of the zebra’s and is easily mistaken for a donkey. Numbers are diminishing, partly because they interbreed with local domestic donkeys. They are found in the Dankalia area but they are rarely seen, and then only in small, cautious groups. The animal’s main features are long ears and a grayish color. It has a white belly, a dark band on the shoulders and usually dark transverse stripes on the lower legs.

It must not be forgotten, however, that, although many visitors only see the land inhabitants, the majority of animals in this area are in the sea. More striking, though, are creatures such as the whale, dolphin, dugong and turtle.

There are five turtle species in the Eritrean waters but only two have been seen regularly in recent times. Most often sighted are the green turtle and the hawksbill. The green has a heavier,

thicker shell and the hawksbill a thinner shell with a more fluted edge.

As I said earlier as devastating as it is due to various reasons these species have quite disappeared. But after the independence the government has been working on making things better, since 1991 government policies were implemented at the start of Eritrea’s independence. The government enforced regulations that have significantly helped in steadily increasing the numbers of the different species throughout Eritrea and some of these animals are showing a coming back.

However I believe there has been little research on Eritrea wildlife and lots of area in Eritrea is still undiscovered.
What I would like to see and I m sure many would as well would be the legendary dugong, or sea cow. This massive sea mammal feeds on sea grass, which it grazes, much as a cow does. Legend has it that all the mermaid stories originated from the idea of this mammal.

“The Principled, Not the Sycophant, Shall Inherit the Earth”