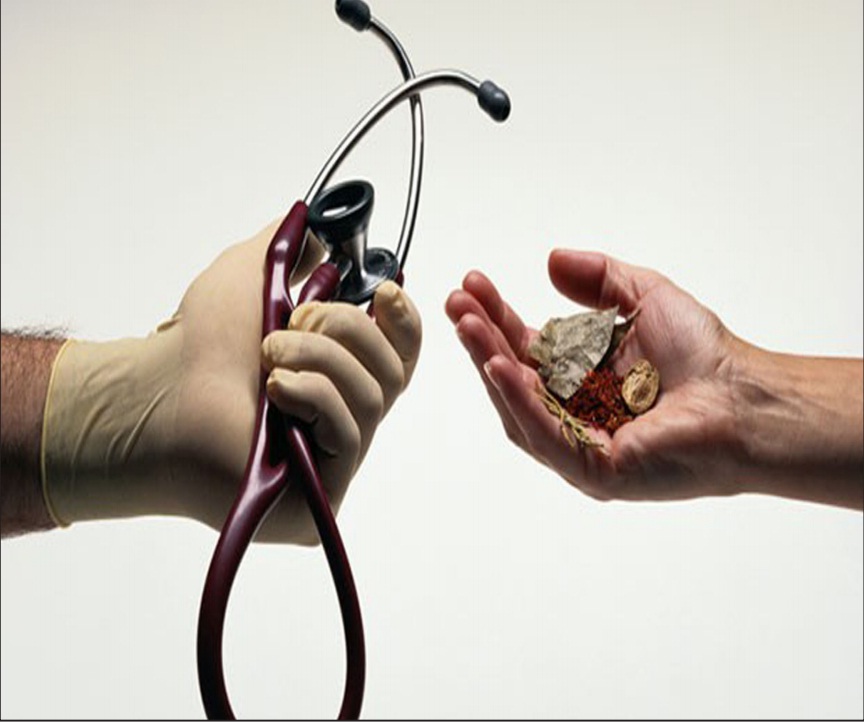 If I were to ask whether you had any experience with traditional medicine, what would the answer be? Nowadays, when science and technology seem to be playing a vital role in identifying and curing diseases, one could hardly expect a positive answer especially from the youth and intellectuals (who consider traditional healing practices as old-fashioned and at times mistaken notions).

Among the elderly, health (or lack of it) has religious implications. Just like natural disasters, diseases are also seen as a punishment from God, and are thus believed to be cured only in what are known as maiselots (shall we call them holy springs?). Any ailing old man or woman would rather go to one of such numerous holy springs than going to a hospital.

Talking about holy springs, there are several of them scattered all across the country. Among the most prominent are Adi Raesi, Gabr Der’Anto, Abune Tekle, Ura’el. There is also the hot water springs at Mai Wu’ui, which is a famous health resort for curing people with rheumatisms and asthma among others. Not very far from Mai Wu’ui also is a place known as Akwar where a number of outlets of water welling up from underground sources are found. These are believed to have healing powers for people with hearing, sight or kidney problems: some sort of a small-scale hospital in the wilderness.

Now the earlier are all centers for hydro shock treatments and come in handy in cases of mental disorders and demonic possessions: the icy cold waters battering down from heights of well over 4 meters, in the freezing morning hours, is sure to knock the senses out of you if not ostracize the ‘devils’ out of your body.

And the patient undergoes that cruel, but otherwise supposedly effective, treatment for seven or fourteen consecutive days.

If there is at all such a thing as possession, which to this very day I find very inconceivable, the ideal prescription is to immerse the unfortunate victim in the blessed spring and keep dipping him/her in and out of the water until the demands of the ‘possessor’ are met.

There is also the issue of evil eyes. If you anger or cross some¬one who’s allegedly in the devil’s possession, then that person enters the body and won’t leave until all types of harsh exorcism procedures are undertaken. And regardless how painful the torture is, the victim, once liberated, has no bruises or pains whatsoever on his/her body.

Although I haven’t seen any such procedure nor do I believe in it, there is a story that my mom reminisces. It happened in our house when I was just a first grader. A young woman, who had come to visit from our village, suddenly got sick with acute abdominal cramps. An elder woman, also from the village, happened to be in the same room and somehow knew that she was possessed.

Now, according to my mom, the possessor of this poor young woman was apparently a man in her village who had seen her going home with her bundle of firewood, had saluted her but she allegedly ignored his greeting. All this information was extorted from him after he was suffocated (via the girl’s body) by burning loads of pepper. I can only imagine the feeling!

My mom was speechless and refused to stand such a dreadful sight. In the course of the exorcism however, the young woman, probably out of sheer frustration, and to the amazement of all on-lookers, was seen to lift a granite grindstone (weighing a good 70 Kg) with her own bare hands just as if it was a piece of charcoal. She had of course no recollections whatsoever of her ordeal.

They say ‘Seeing is believing’ but I still couldn’t believe my eyes,” my mom says, still to this day skeptical about the whole thing.

When it comes to health, Eritreans take the donkey as a symbol of health. In fact if you ask any Eritrean about his/her health, the answer is habitually “I am healthier than a donkey.” Pondering on the phrase I made a little research and found a seemingly plausible explanation.

I read in an article that traditional Eritrea actually dictates drinking cold water early in the morning to maintain a good health. The same article also pointed out that that a donkey drinks water first thing in the morning and stays healthy all his life until he dies of total exhaustion.

There you go, the assimilation of a donkey to a healthy person explained!

The secret of staying healthy, however, did not solely lie upon drinking water. Following a good diet was also important. Have you ever wondered why is it that in the yester years, our grandparents barely fell ill as frequently as the young generation presently does?

It goes without saying that their living style fell far behind that of ours and yet, they were ‘as healthy as donkeys.’ I remember my late grandmother literally crunching a sheep or a cow’s bones with her teeth. But if we look at our youngsters today, most of them, including myself, have been to the dentist at least once.

Our forefathers led a simple life without the commodities and luxuries we can afford today. They used to walk, eat their kitchas (unleavened bread) and honey, drink fresh milk, and so on… We on the other hand spend the little money we have on pastries and delicacies that do no good except make you lose your appetite and deprive your body of the necessary vitamins and nutrients. They take up roasted barley while we try to imitate the westerners and stick to pop corn while watching movies.

If and whenever sickness comes knocking, they seek remedy in traditional medicine. The so called traditional healers use medicinal herbs and other local ingredients to treat common sicknesses. There are also home remedies for the simple ones.

For example, eucalyptus leaves are boiled in water and the steam inhaled to help fight sore throat or cold, while for children, the herb rue (known locally as chena adam, or Adam’s fragrance) is ground with warm oil and rubbed on the chest.

Both remedies were among the favorites of my grandmother. Whenever I had cold, even though I had syrup doses prescribed by the doctor, my grandmother would compel me to inhale the b smelly steam of the boiled leaves. As much as it was awful, I hate to admit that it was also highly effective. But then of course I was too young to understand. And then there was that awful pungent odor of the rue as she would rub it on the bellies of my younger siblings to make them warm.

And then there is bloodletting (mahgoma), the surgical removal of some of a patient’s blood for therapeutic purposes. Traditionally, when a person feels pain in a certain part of his body, it is believed that he/she would get better if the tainted blood in that area was removed. And this was best done by sucking it out from the system with a horn that is placed on top of the skin, which had been previously slit for the purpose.

Usually, the oozing blood is dark in color (owing to the fact that it’s a broken vein or artery), which the traditional healer proudly pro¬claims as the ‘tainted blood.’ By standers and the patient thank the supposedly ‘brilliant’ doctor for the successful operation.

For children, there is also the harmful practice of removing the uvula (locally known as anker mklae). Traditional healers perform the uvulectomy on babies to prevent infections and other disorders associated with the throat. What they probably failed to understand is that the uvula is a fleshy extension of the palate that normally serves as a protective tissue, blocking germs from passing into our system.

While these are only some of the common traditional healing practices (with their strong and weak sides), there is a large variety of methods used to treat diseases. These methods are based on personal experiences or on knowledge shared over many generations.

Contrary to popular medicine however, the treatment procedures of the healers are secret and can-not be discussed openly. They can only be transferred from generation to generation within the fam¬ily of a healer.

Self-Motive of the Disabled: Key to Self-reliance Part I