The big why Part I 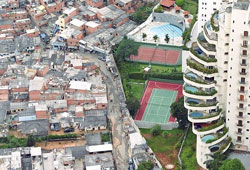 The rich world’s troubles and inequalities have been making headlines for some time now. Yet a more important story for human welfare is the persistence of Yawning gaps between the world’s haves and have-nots. Adjusted for purchasing power, the average American income is 50 times that of a typical Afghan and 100 times that of Zimbabwean. Despite two centuries of economic growth, over a billion people remain in dire poverty.

This conundrum demands answers. In the late 1990s Jared Diamond and David Landes tackled head-on the most vexing questions: why did Europe discover modern economic growth and why is its spread so limited?  Now, Daron Acemoglu, an economist at MIT, and James Robinson, professor of government at Harvard, follow in their footsteps with “Why Nations Fail”. They spurn the cultural and geographic stories for their forbearers in favor of an approach rooted solely in institutional economics, which studies the impact of political environments on economic outcomes. Neither culture nor geography can explain gaps between neighboring American and Mexican cities, they argue, to say nothing of disparities between North and South Korea.

They offer instead a striking diagnosis: some governments get it wrong on purpose. Amid weak and accommodating institutions, there is little to discourage a leader from looting. Such environments channel society’s output towards a parasitic elite, discouraging investment and innovations. Extractive institutions are the historical norm. Inclusive institutions protect individual rights and encourage investment and effort. Where inclusive governments emerge, great wealth follows.

Britain, wellspring of the industrial revolution, is the chief proof of this history. Small medieval differences in the absolutism of English and Spanish monarchies were amplified by historical chance. When European exploration began, Britain’s more constrained crown left trade in the hands of privateers, whereas Spain favored state control of ocean commerce. The New World’s riches solidified Spanish tyranny but nurtured a merchant elite in Britain. Its members helped the landed aristocracy, securing pluralism and sowing the seeds of economic growth. Within a system robust enough to tolerate creative destruction, British ingenuity (not so different from French or Chinese inventiveness) was free to flourish.