For once, last year was also a New Year 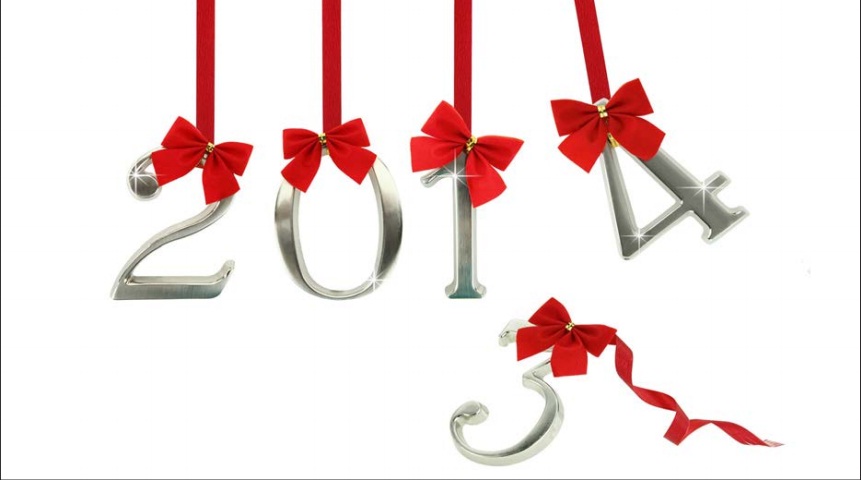 They  say,  “Time  doesn’t  wait for anyone,” and I assure you, they were  not  just  coining  a  cliché  for the  sake  of  creating  witty  maxims.
Indeed, time doesn’t wait or take a pity on anyone. The year 2010 was once also a New Year in the count of the days of our life.

It is on the final days of a given year  that  the  above  saying  makes more sense and dawns on the brain more clearly than ever; that’s when one  noticeably  sees  the  authenticity  of  the  above  observation.  Time doesn’t wait for anyone; it offers no special favors to anyone in particular.  There  is  only  one  chance  and one  opportunity  with  each  strike of  a  second  on  the  count  of  time. Once one losses this chance or an opportunity, one can never has back that particular second. Long gone is the second never to come back ever again.    We  can’t  rewind  or  pause the time except to accept its natural course  and  use  it  to  the  fullest  potential. While it doesn’t haste; time doesn’t also dawdle. But how many of us are conscious of this truth?

We  all  know  the  swiftness  and untraceable nature of time yet we all are  heedless  of  the  ways  we  waste our  time.  Perhaps  we  are  not  fully convinced  of  its  nature  or  that  we assume we have been allotted with way too much time for our mortality and thus are provided with more time  at  our  hand  to  last  a  lifetime.

But  tick  tock,  tick  tock,  even  the hands  of  the  watch  are  restless  in alerting us the swiftness of the time. Every second tick tocks away wishing it has been used properly and wisely, that it has made a difference in life and the universe in general.

Usually  the  butterfly  effect  of each and every minute in life is felt by the end of a given year, when we look back to reflect upon our year -long  activities;  when  we  contemplate how we fared or failed.   And this is why I am no fun of the New Year celebrations; in fact they give me king-sized headaches.  Come every December I just realize how time flies by while I am all caught up  with  busywork  and  such  trivial matters that had the aura of importance  about  them,  only  to  realize that I have been pursuing the wrong issues. I am made to reflect upon my life and ponder about the meaning of all this. What have I done so far?
Did I achieve the points I set out to do for the year? How about the New Year’s resolutions I made last year? Did I achieve any of them? And of course the issue of my age concerns me  gravely  and  to  think  that  I  am one  of  these  people  who  think  age is nothing but a number, yeah right!
Beside the get together, the event induced booze, the dinner and some fun, the New Year celebration is just another bitter sweet reminder of all that I can’t be or I can’t reach. That’s when I am made to effect on my  mortality  and  my  passing  days and I find myself asking this question, ‘Did the days of this year run out  quicker  than  the  previous?’  but you  and  I  perfectly  know  that  the days  and  nights  of  a  year  follow their  natural  order  and  course  and that  time  doesn’t  hasten  or  dawdle in its pace. But I am human and humans have the habit of defying logic and asking the unthinkable specially to justify their deeds and actions; and also to find an absolution to my sins against the precious time which I have spent otherwise, I doubt and question the speed of time. But I am not the only one who is guilty of this assumption; everyone questions the rate or pace of the time one time or another in life.

I  still  can’t  believe  last  year  is already  over  and  is  replaced  by  another  one.  Once  gain I ask you if we should cheer for the impending hours that will bring additional year into our lives because it  prolongs  our  evanescence  just like  that  of  a  transient  sunlight  on an  otherwise  cloudy  day  or  if  we should  worry  about  the  years  that we  are  withdrawing  from  the  deposits  of  our  counted  days  in  this earth or life? You know moving for -ward or ahead also means nearing the end………..so? By any chance, do you think we are living off the deposits of our allotted days on this earth, unconscious of the huge withdrawals?    But  there  is  nothing  we can  do  about  it,  whether  we  like  it or not, by hook or crook, we have to obey the rules of time. We can’t put time on hold; our only way of survival is to keep pace with it. Sometimes I wish I could have a remote control  to  the  frame  of  time  in  my life.  There  are  times  when  I  need to button pause or slow-motion the pace of time in my life and buy me some  quality  time  to  think  thoroughly  about  my  life  and  my  destination.  When  and  once  I  got  my answers I would have released time from its imprisonment to run parallel  to  it  and  reach  the  destination  I had  in  mind.  But I have a feeling that it will take me quite a few decades to figure out what to do with my life. (Call me a slow learner but I don’t see the issue of my life that lightly) “I am going to welcome this New Year sober and alert,” said a friend of mine while getting a suntan in the morning sun of a November. It was eleven thirty in the morning but he was  still  in  his  pajamas,  eating  his breakfast  in  the  backyard  of  their house. His mother was in the kitchen  busy  with  preparing  lunch.  He was such a sorry sight but I couldn’t display  my  emotions  for  so  many reasons which I am not at liberty of saying. He pushed his breakfast tray aside and started clipping his foot toenails while he narrated to us about his plans for the coming year. I give a credit where  due,  so  I  must  say he is a helluva planner. He demonstrated his carefully organized plans for the year and his life and I must add I was quite taken aback with his vivid imagination and clarity of his plans.  He is a friend of mine but I never knew he has such an excellent imagination and a knack for plans.

However I found a single flaw in his well-organized and thoroughly planned master plan for the coming year; why wait two months?  Why can’t the plan be implemented right away or why can’t my friend start on the plan already? It is not as if he is being useful right now.  For  crying  out  loud  he  was  spending  his days  tanning  and  idling  away  the morning. Upon asking the questions though, I seem to be hitting a nerve because he went ballistic on me. He tried defending his idleness saying, ‘I need a fresh start and a fresh start needs a New Year,’ as if the New Year would bestow some kind of magical powers on his lousiness.

On  my  way  out  his  mother  pulled me and another friend of ours to the side  and  beseeched  us  to  help  her son  see  reason.  ‘He listens to you because you are his friends.  Please talk to him,’ she pleaded with us.

In  trying  to  reassure  the  mother of  our  idle  friend,  my  friend  and  I explained her son’s plan for the near future and tried to convince her not to  worry  about  her  son;  sooner  or later he is bound to bounce back to reality. But the mother surprised me when  she  asked  the  same  question I  cornered  her  son  with  earlier  on.
“Why can’t he start on his plan right away? I can support him too.” Well, I didn’t have the stomach to tell her that  her  son  is  one  of  these  people who  take  comfort  in  planning  only and  never  in  executing  them.  But I  had  the  impression  that  even  the mother  knows  about  her  son’s  ability to plan without as so much trying to put them into practice. He is great at planning and he drafts great plans too but that is the only thing he does.

He can’t see his plans to the end. My prescription is that he opens an office and offers his planning consultancies services to others who actually implement their paper work into practice or perhaps sell out his plans to others. The problem in this world is that there is no such thing as a full package. Some people have a knack for planning a great plan but are not capable  of  executing  them  while others lack the ability to plan but are endowed  with  resources  and  determination  to  carry  out  the  plans  into an action. Which ones are better off? The planners or the doers? For me it is all the same if neither side didn’t use the time in their hand wisely.

We  all  know  the  nature  of  time and how we can’t adjust its pace according to our preferences but at the same  time  we  all  are  unconscious of the ways we waste and spend the time in our hand. If we didn’t value every  single  second  in  our  life  we can never learn to value and utilize a year, a decade or a lifetime; because those seconds we disregard so much make up a minute which in turn then makes  an  hour.  Hours then make days, weeks, months, years and eventually a lifetime. Remember last year was also a New Year once, time doesn’t wait for anyone.

“My students love me simply because I love them more”.