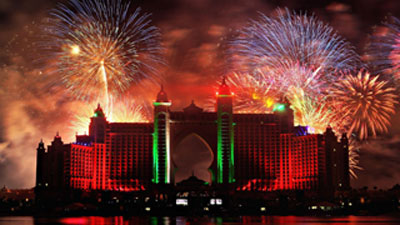 It is definitely one of the most beautiful and exiting experience that at its big sounds and colors in the silence and darkness of night; makes our hearts pound in massive emotions as we fix our eyes in the immensity of its magic up in the sky.  The sky lively covered  by so many vibrant hues, starbursts, an assortment of shapes, rotating circles, stars, 3D globes and showers of light along with ribbons of smoke, making us shower with happiness and awestruck thrill… Fire works!!!

A paper or pasteboard tube or casing filled with the combustible material, often pyrotechnic stars or  a paper tube filled with of either black powder (also known as gunpowder) or flash powder  with a fuse to light the powder, containing  charcoal, sulfur and potassium nitrate; it might also a composition of  aluminum…  and there it goes the awesome bright explosion.

This crazy chemical mixture, though we now-a-days have them everywhere they go way back in time: back to the old Chinese era.  The earliest documentation of fireworks dates back to 7th century China, where they were invented. The fireworks were used to accompany many festivities; they were also believed to have some real mighty powers of chasing bad and demonic spirits. They have been part of the culture of China though it eventually spread to other cultures and societies later on and sadly enough was also used as war material.  The art and science of firework making was developed into an independent profession, matter of fact in China: the “pyrotechnicians” were respected for their knowledge of complex techniques in mounting firework displays.

It is told in the ancient Chinese history books that during the Song Dynasty (960–1279), many of the common people could purchase various kinds of fireworks from market vendors and grand displays of fireworks were also known to be held. In 1110, a large fireworks display in a martial demonstration was held to entertain Emperor Huizong of Song, the royal family and his court. There is also a record from 1264 states that a rocket-propelled firework went off near the Empress Dowager Gong Sheng and startled her during a feast held in her honor by her son Emperor Lizong of Song (r. 1224–1264). And later on the rocket propulsion gained quite of fame in the warfare.  In 1240 the Arabs got hold of knowledge of “guitin powder” a Syrian named Hasan al-Rammah wrote documents on fire  rockets, fireworks, and other incendiaries, using terms that suggested he learned Chinese sources, he even used a refered to this big grat colorful explosions as “Chinese flowers”.

In Europe: Chinese fireworks began to gain popularity around the mid-17th century. Lev Izmailov, ambassador of Peter the Great, once reported from China: “They make such fireworks that no one in Europe has ever seen. In 1758, the Jesuit missionary Pierre Nicolas le Chérond’Incarville, living in Beijing, wrote about the methods and composition on how to make many types of Chinese fireworks to the Paris Academy of Sciences, which revealed and published the account five years later. His writings would be translated in 1765, resulting in the popularization of fireworks and further attempts to uncover the secrets of Chinese fireworks.

Once in Europe, the black powder was used for military purposes, first in rockets, then in canons and guns. Italians were the first Europeans who used the black powder to manufacture fireworks. Germany was the other European country to emerge as a fireworks leader along with Italy in the 18th century. Generally Marco Polo is credited with bringing the gunpowder back to

Europe in the 13th century, although some accounts credit the Crusaders with bringing the black powder to Europe as they returned from their journeys.

The English were also fascinated with fireworks. Fireworks became very popular in Great Britain during the reign of Queen Elizabeth I. William Shakespeare mentions fireworks in his works and fireworks were so much enjoyed by the Queen herself that she created the position of “Fire Master of England.” A French nobleman:  Amédée-François Frézier published his revised work Traité des feuxd’artice pour le spectacle (Treatise on Fireworks) in 1747 covering the recreational and ceremonial uses of fireworks, rather than their military uses. As time went on fire works gained the attention of the world and has been manufactured and developed to be more suitable and less harmful so to match our taste.  In fact many fireworks are made in much the same way today as they were hundreds of years ago. However, some modifications have been made. Modern fireworks may include designer colors, like salmon, pink, and aqua, that weren’t available in the past. In 2004, Disneyland in California starting launching fireworks using compressed air rather than gunpowder. Electronic timers were used to explode the shells. That was the first time the launch system was used commercially, allowing for increased accuracy in timing (so shows could be put to music) and reducing smoke and fumes from big displays.

Furthermore,  to make the revelry more interesting and have our spectacle more tasteful and spiced up: music for the Royal Fireworks was composed by George Frideric Handel in 1749 to celebrate the peace Treaty of Aix-la-Chapelle but it doesn’t matter cause we still use it!

Doesn’t matter if one is old or young, am sure we always do a countdown to the festive days so we can watch the sky light up in big colorful flare-up blast. As a matter of fact many countries have been famous in putting up amazing fireworks manifestation: like the spectacle of fire works in Sydney  but the grand 2014’s New Year celebrations all across Dubai did not fail to impress humdreds if not thousands of crowds: Dubai welcomed 2014 with magnificent fireworks display around the Palm Jumeirah’s crescent and the rest of the city not to overlook BurjKhalifa as the iconic tower lit up in a brilliant show of colors and designs with people watching from all over the world coming together to celebrate the new year. The attempt to break the world record was officially recognized at a ceremony in Atlantis, The Palm – a few minutes after the show was complete.

It surely did wowed so many of us; they are indeed the best most outstanding and expected thing about festivals, new year celebrations or most of the big event, are the fireworks!! I’ve never met a person that didn’t like it, or that wouldn’t get touched by its delightful enchantment. Nobody would deny the splendor of these bangs. Truly, it is magic… thank God for the Chinese!