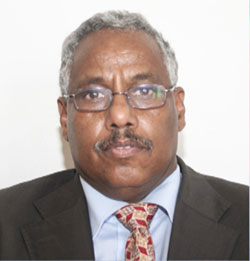 In the course of the meeting, the Ambassador delivered President Isaias’ message to the Lebanese leader, and the two sides conducted discussion on bilateral relations and ways of its development.

Meanwhile, Eritrean community members in the Saudi city of Riyadh asserted that they would enhance activities with a view to raising their input in national development activities. They made the pledge at an assessment meeting, during which it was stated that gratifying accomplishments have been registered by the community as regards patronizing members of families of martyrs and enhancement of community organization as well as collaboration

Speaking at the meeting, Ambassador Mohammed-Omar Mahmoud gave briefings pertaining to the cultural, economic, social and political activities carried out in the course of the year 2013, besides explaining the work plan for the current year.

Also speaking at the meeting, Ms. Weini Gerezgiher, the Eritrean Consul in Riyadh, presented a report on the service provided by the Embassy, especially in the wake of the issuance of the proclamation issued by the Saudi government in connection with residential and work permit.

The participants of the meeting expressed satisfaction with the service thus provided, and put forth views on several issues.