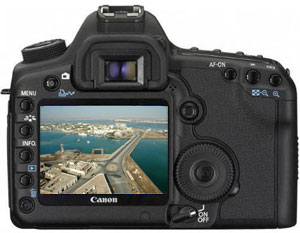 Mankind has been a maker of images at least since the cave paintings of some 20,000 years ago. But in this day and age we don’t have to struggle physically to hoard our greatest moments… because we simply are a click away from storing an amazing memory of an amazing moment of our lives… we press the button and voila` and that moment of few seconds it’s stored in our photo albums, or on the wall of our room, in a frame next to our beds or in a page of our diary. With the invention of photography, a realistic image that would have taken a skilled artist hours or even days to draw we can now-a-days record it in exact detail within a fraction of a second. Providing a certain sensation every time we glance at it: a smile, maybe some tears that wet our eyes on the remembrances of past sad moments, perhaps some worm tears of joy, pleasure, pride and satisfaction or even a big-out and loud laugh! We are talking about one the greatest inventions of out times: the camera!

Though we now have the most efficient and developed varieties and brands of cameras starting from digital cameras, to 3D capturing cameras, to mobile phones, video cameras, helicams and so many other types; I thought it would be nice to go back in time and look back at the history of how it all began and how did the transition from portraits painting shifted in to photography. It would be some kind of legacy to this great invention!

The word photography comes from two ancient Greek words: photo, for “light,” and graph, for “drawing.” “Drawing with light” is a way of

describing photography. When a photograph is made, light or some other form of radiant energy, such as X rays, is used to record a picture of an object or scene on a light-sensitive surface. Early photographs were called sun pictures, because sunlight itself was used to create the image. In addition as we experimentally learn in the science-lab class in junior school: it was noticed ages ago that a sunbeam penetrating through a tiny hole into a dark room would leave a light drawing of the outer world objects on a surface. The objects are depicted in exact ratio and colors but their size is diminished in comparison to reality and they are seen upside down. This peculiarity of the dark room (camera obscura) was already known to the ancient Greek philosopher Aristotle who lived in IV BC. The principle of the camera obscura operation was also described by the utmost man of all times: Leonardo da Vinci.

But people wanted to learn not only to focus a “light drawing” in the camera obscura but to fix it fast on a surface by chemicals. However while optics for the invention of photography were developed many centuries back, it was only until the 1700’s that chemistry became well developed as a science. One of the most important factors leading to the invention in fact was a way to transform an optical pattern into a chemical process in a light-sensitive layer which was a discovery made by a young Russian amateur chemist Bestuzhev-Rjumin. Developing liquid treatments in 1725 Bestuzhev-Rjumin noticed that iron salt solutions change their color under sunlight. In two years Schulze produced proof of bromine salt’s photosensitivity.

After these and some other promising inventions and development made to the camera obscura many scientists and inventors from different countries began to purposefully work on chemical fixing of the camera obscura light image . The best and more hopeful results were achieved by Frenchmen Joseph Nicéphore Niépce (1765 – 1833), Louis Jacques Mande Daguerre (1787 – 1851), and an Englishman William Fox Talbot (1800 – 1877). These are the people who are known as inventors of photography to the whole world till now.

The real excitement started when using the results of his own investigations and the experiments of Nicéphore Niépce the French inventor Louis Daguerre had a success with photographing a man and getting a stable photo image, who took the very first step in to the fast mechanism of taking pictures. The exposure time reduced in comparison to earlier tests (less than 1 min) as well. In contrast to modern photography, which produces a negative, daguerreotype produced a positive that made it impossible to have many copies.

Later on in time a new generation of photographers emerged who were determined to turn away from the pictorial style and its soft-focus, painterly effects to a more direct, unmanipulated, and sharply focused approach. This new form was called “straight” photography, and its practitioners believed it most truly expressed photography’s unique vision. One pioneer was Paul Strand, whose photographs reveal a deep awareness of what he called “the spirit of place.” The movement’s most famous figures were Edward Weston and his younger associate Ansel Adams. And afterwards so many other people contributed in developing the camera in order to have more clear and lucid photographs.

And thanks to these continues efforts photography has become a powerful means of communication and a powerful mode of visual expression that touches human life in so many ways. For example, photography has become popular as a means of crystallizing memories. Most of the billions of photographs taken today are snapshots or casual records to document personal events such as vacations, birthdays, weddings or simply to catch when a friend’s nose is covered with some cake’s cream and so many foolish moments that are worth being remembered!

Aside than that in the modern era we are living in, photographs are used extensively by newspapers, magazines, books, and television to convey information and advertise products and services.  Practical applications of photography are found in nearly every human endeavor and venture: from astronomy to medical diagnosis to industrial quality control. Photography extends human vision into the realm of objects that are invisible because they are too small or too distant, or events that occur too rapidly for the naked eye to detect. A camera can be used in locations too dangerous for humans. Photographs can also be objects of art that explore the human condition and provide aesthetic pleasure. For millions of people, photography is a satisfying hobby or a rewarding career.

Matter of photography is also widely recognized as a fine form art. Photographs are displayed in art museums, prized by collectors, discussed by critics, and studied in art history courses. Because of the special nature of photography, however, this was not always the case. In the early days of photography some people considered the medium something of a poor relation to the older, established visual arts, such as drawing and painting.  The arguments stemmed from the fact that a camera is a mechanical instrument. Because the mechanical procedure of taking a picture is automatic, detractors claimed that photography required no coordination of hand and eye and none of the manual skills essential to drawing and painting. They also argued that photography required no creativity or imagination because the photographic subject was “ready-made” and did not require manipulation or control by the photographer.

Some how it is true, because a camera, no matter how many automatic features it may have, is a lifeless piece of equipment until a person uses it; but it then becomes a uniquely responsive tool an extension of the photographer’s eye and mind. Either ways it don’t matter how people of the past centuries thought of it, it is indeed with no doubts a wonderful and amazing useful machine. At the end of the day we all love it and that is what matters the most!