Debre Sina: Pilgrimage to One of the Oldest Eritrean Monasteries Part I 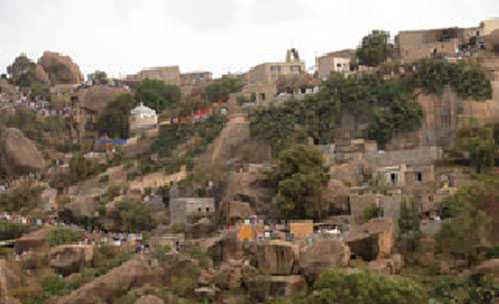 Eritrea is endowed with several and different historical and cultural monuments that stand witness to the historical wealth of the nation and its people. Every patch of land has a profound history to narrate and tell; every corner of the country embraces histories within its belly. Eritrea’s population is diverse, reflecting many languages, cultures, religions yet living together with harmony under the umbrella of unity. This unity makes the people even stronger with each passing day. Eritreans are also known for their friendly and generous nature, not to mention their unique trait of hospitality, which has been a trademark characteristic for years.

Eritrea is also endowed with natural and cultural heritages that are appealing and attractive to tourists. Beautiful landscapes in the highlands and lowlands, valleys, mountains, hills, and ridges are awe inspiring to anyone who happened to visit those places. The picturesque landscapes, which are seasonally blanketed by green carpets of grass, flowers and bushes, are indeed breathtaking to the viewers and a soothing sight to the sore eyes.

The cultural relics including remains of houses and household utensils to architectural ruins, tracing their times to ancient human civilizations are found in this very land, spreading in every corner of the country. There are different historical places: the Steles of Metera and Qohaito; the monasteries of Debre Sina, Ham and Debre Bizen; Mariam Dearit; the Liberation Struggle trenches in Nakfa; rock paintings in Karura; ancient ports of Zula and Adulis… the list goes on.

The Anseba Region is home to some of the most prominent historical sites in the country, one of them being the Monastery of Debra Sina.

Situated in the Eritrean highlands, just around 18 kilometers east of the town of Elabered, on the Asmara-Keren road, the Monastery of Debre Sina is a site of pilgrimage by Eritrean Orthodox Tewahdo believers each year in the month of June.

The Debre Sina pilgrimage includes thousands of ordinary Eritrean believers camping for one night in the village of Debra Sina, singing, drumming, chanting and celebrating the Virgin Mary.

There were indeed some strong firm roots behind the Fenkel operation.