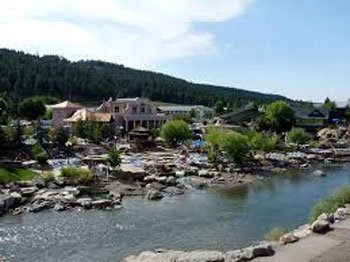 Great Rift Valley
One of world’s most prominent geographic features, the Great Rift Valley extends from the Middle East through the Horn of Africa and East Africa to South Africa, including Eritrea. The recent vulcanocity of the rift system has left many beautifully preserved and eye-catching volcanic structures including cones, calderas, flows and explosion craters.

Eritrea is a land of contrasts: with in a few hours, for example, you can travel from the cool air of the rugged mountains to the arid reaches of the Danakil Depression, one of the hottest places on earth (Kobar sink-100m bsl). Some Eritrean journeys are easy, some difficult, but all offer a taste of the unique experience that is Eritrea. In the southern part of Eritrea lies the vast lowland area known as the Danakil Depression. Often likened to a lunar landscape, the Danakil region is a wondrous and vast-expanse of hot and dry desert skirted below sea level, the depression boats some of the hottest temperatures ever recorded on earth.

Hot springs that purportedly cure rheumatism and other ailments are to be found all along the Rift Valley, they are a constant reminder that somewhere down the earth is still active; hot magma (boiling hot rocks and minerals) “cooks” the surface, including water that flows and erupts as springs at weak spots on the surface. Geoscientists have found out that the depth of magma below the Danakil Depression ad surrounding areas is about 5-10 kilometers below surface. As a result, many hot springs are located within the Dankalia and the adjourning escarpments. These hot springs are locally used as natural healing waters and thousands of people visit a half dozen springs every year. The water temperature in these springs is inevitably high: frequent value being 49-60 degree centigrade. Chemically the water, whose medical value has been realized by the ancient people, is mostly sulfurous and in some less degree saline and ferruginous. The chemical composition indicates that the springs are closely associated with recent vulcanocity of the area. Two major spa sites that Eritrea is fortunate enough to have is Akwaar and Mai-Wui. Both are located approximately 8-10km north of Gahtelai on the Asmara-Massawa road.

Scattered like a string of pearls upon the azure, translucent waters of the Red Sea, more than 350 Eritrean islands remain one of the last great unspoiled destinations in the world. The crystal clear and unspoiled waters make the Dahlak Islands a “scuba-dives” paradise and an aquatic wonderland.

Semienawi Bahri-“the Green Belt”-lies to the northeast of Asmara. Its scenery is stunningly beautiful-many reckon the most beautiful in Eritrea. Permanently green, Semienawi Bahri is covered with lush forests and plantations, and the steep road from Asmara winds its hairpin way past spectacular views over the mountains and valleys that reach out to the Red Sea plains. On the slopes of the eastern escarpment, at altitudes from 2400 meters down to 900 meters, ever green abound. The region is an outstanding venue for bird-watching. Baboons, Vervet Monkeys, and Bush Buck are also to be seen, and sometimes Leopard, Kudu, Duiker, Klipspringer and Warthog.
Semienawi Bahri has two rainy season-one in the highlands and one on the coast-and the most luxuriant growing season lasts from October to March.

About nine percent of Eritrea’s landscape is mountainous. There are numerous mountain systems of small to medium elevation ranging from about 2400 to over 3000 meters above sea level (Mt. Soira-3018m). Most of these mountains run parallel to the middle zone of the country. The altitude generally declines as we move from south to north and from east to west in the highlands. Mountain systems are found clumped together between coastal plains in the east and the Gash Barka plains in the west. Eritrean mountains have a moderate elevation and as such they are most suited for mountaineering.
Source: Tourism Information Booklet 2013

“Whatever signs: small or big, our body gives must not be ignored”