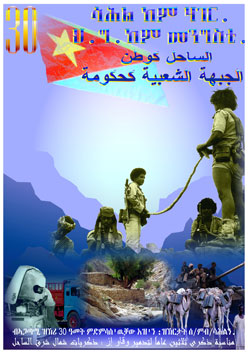 The Administration of the Northern Red Sea region has indicated that extensive preparations are underway in connection with the 30th anniversary of demise of Wiqaw Izz.

Asmara, 03 March 2014 – The Administration of the Northern Red Sea region has indicated that extensive preparations are underway in connection with the 30th anniversary of demise of Wiqaw Izz.

Ms. Tsigereda Woledgiorgis, the regional Administrator, disclosed that various tours are being made in connection with the event on the part

of communities, civil servants, national companies, artists and sub-zonal Administrations, while a number of artistic as well as literary works, a documentary film, coupled with carnival have been organized. Pointing out that 80% of the process has been finalized, Ms. Tsigereda stated that the event is aimed at nurturing national values among members of the young generation through popularizing the heroic feats demonstrated thereof.

Accordingly, the Administration is putting up efforts in a bid to give added color to the event and arranging commendable reception facilities for visitors.

The regional Administrator further noted that the spirit of enthusiasm and collaboration being witnessed in the process constitutes an asset, and called on parents as well as youths to assume due responsibility as regards giving fervor to the event.