Stamps and their significance in history 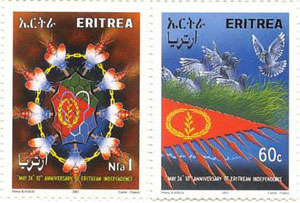 Along came with the efficiency of the postal service the use of postage stamps. These little stamps carry a great pact of in-squaring in their rather small borders pictorial messages of an abundant significant meaning; some illustrative memorandum that highlights the pride of the aviating country or entity.

Ages ago, way before the use of adhesive paper stamps, letters were hand stamped or postmarked with ink. Matter of fact, primitive message systems have been in place as long as man has been in existence. However, all these systems operated without the benefit of a postage stamp.Postmarks were the invention of Henry Bishop and were at first called ‘Bishop Mark’ after the inventor name. Bishop marks first debuted in 1661 at the London General Post Office, they marked the day and month the letter was mailed. Later on May 6, 1840 the British Penny Black stamp was released, marking the first official coinage stamp. It had engraved in it, the profile of Queen Victoria’s head, which remained on all British stamps for the next sixty years. In 1837 Rowland Hill invented the adhesive postage stamps an act for which he was knighted. Three years after the invention of Rowland Hill, the very first adhesive postage stamp was made acknowledged worldwide and issued in England in 1840.

In many European countries and in the U.S.A, postal wages were at the time very expensive: many people refused to accept letters. In fact, many people choose to be a bit keener that the postal service folks and ended up developing secret codes by which they could cheat the postal services. They would place secret marks on the outside of the letter that conveyed their message and all the addressee had to do was read the secret message, refuse to accept the letter, and thus not have to pay for it. Mainly for this reason, postal services turned to a means of prepaying postage.  But this stamp invention actually helped a lot the prepaying facility. As the popularity of this new system of sending mail and collecting the fee in advance spread fast, it didn’t take long for other countries to use similar systems. In 1847, the United States Post Office Department printed its first stamps, a 5-cent stamp picturing Benjamin Franklin and a 10-cent

Here in Eritrea postal postage was introduced 1890 during the Italian colonization, the Italians brought with them stamps featuring Italian kits with over printed on the top “Eritrea Colonia Italiana”, meaning “Italian colony”. When the British administration staled in Eritrea; stamps were changed three times: the first with edition written on it “British Occupation” which was followed by another stamp featuring British kits that had been printed on it: “British Military administration in Eritrea”. The last one had printed on it “British Administration”. During the Ethiopian regime the stamps were far from representing anything of Eritrean, not even the name of our country. They reflected Ethiopian usage, customs and portraits of their royal family.

diaspora, wanting to make the then suppressed Eritrean vigorous entity and pride.

After Independence stamps representing our history and culture spread their wings in abundance. On the 19th of August 1993, Eritrea joined the Universal World Post Organization. Till this day there have been countless stamps of 55 types have been produced. Our stamps have undergone many changes since that first stamp in 1977. They have been perforated, coiled, and printed in many different colors and have been introduced in many types, formats, and designs. And are now one of the many things that we as Eritrean people, can proudly exhibit a historical time line, the bright colors of our traditions, the gorgeous marine and wild life as well as some commemorative stamps printed in on the occasion of different important events.