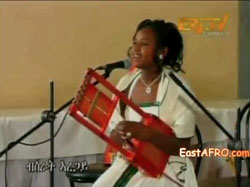 I think that almost everybody has experienced the healing or arousing power of music, music can surely stimulate quite a variety of emotions; positive or not some emotional approaches can be only and exclusively originated when in contact with certain type of music. A very simple case in point could be the memories that we unexpectedly get and wet our eyes at the hearing of some verses, the type of music that through a recollection of thoughts enlighten our faces with a big smile or big out-loud laugh, the songs that makes us angry and irritated and we choose not to listen to, songs that empower motivation and determinations in our lives, songs that heal our broken hearts, songs that gives us boast of pride… So just like Ludwig van Beethoven once said “Music is the mediator between the spiritual and the sensual life.” It is undeniably a sublime entity ruling over the conscious and the subconscious domains of the human mind.

Many people would without a doubt agree to the fact that all music is not spiritual, or far better created for the solely spiritual assistance of human beings. Can’t even deny the fact that some music might not make sense to some and be at the same time of a therapeutic power house for others because the spiritual nature of music cannot be defined by religion, culture or genre. Music is, at its essence, the sound of spirit. When created from the heart and with truth and pure intention, music is a spiritual expression of the most universal nature to the highest order.

Just like the lines scratched on stones by the early human beings I believe that the connotations of sounds and creation of music goes way back before the drawings. Mainly because nature is full of sounds; the sounds of stream waves, the motions of trees, falling of leaves and splashing of waters… Sound has been there before any form of time. Most likely related to rituals of different kinds, but I am pretty sure about it. Matter of fact centuries later and even now nearly all known religions of the world include music in their expressions and rituals. And this is where we can feel the biggest manifestation of the whole “musical spiritually” denotation we have been talking about.It is very rare to see meditation rituals to miss some musical accompaniments or some sound humming, both practice in fact are greatly enhanced when united. I wonder why? … Osho in fact says that “Music is the easiest method of meditation. Whoever can let himself dissolve into music has no need to seek anything else to dissolve into.”  Music and the spiritual life can easily go together; one complements the other. Music helps the spiritual seeker to go deep within to get the utmost satisfaction from life, from truth, from reality. The spiritual life, in turn, helps music to offer its capacity and its strength, which is the soul’s light, to the world at large. Ziggy Marley’s “Love is My Religion” for example contains such universally true dispatches in its lyrics.

Is there a dark side to the manifestation of music? I think there is. I don’t dare to define it as bad, but what happens when music related to “immoral” and “deprived” spiritual ceremonies? The

New Oxford American Dictionary defines spiritual as “relating to, or affecting the human spirit or soul as opposed to material or physical things.” As we go back further in time, spirit comes from Latin spiritus – which is most simply translated as breath, but also identified with courage, vigor and soul. The distinction between soul and spirit was first separated in Christian terminology, with spirit being the “seat of emotions.” A more contemporary definition of spirit is: “the essential nature of something.” So when music is associated with negative energy it only natural for it to be the source of negative power, for this reason I think music needs morality within its assembly. In fact Plato once quoted: “Music is a moral law. It gives soul to the universe, wings to the mind, flight to the imagination, and charm and gaiety to life and to everything.”

At the end all I have to say is that music is the language of our soul and the soul is the residence of our spirituality; simply beautiful and sublime! Our lives are filled with music, on the television, on our iTunes play list, on the radio… there is music everywhere, even in nature though we don’t notice it. And when we choose not simply hear them but listen to them. That is when we link ourselves to the immensity of our souls! Such a gorgeous thing isn’t it?!

Prehistory and history of Eritrea