“I am not being humble I am still an apprentice, I have a long way to go.” 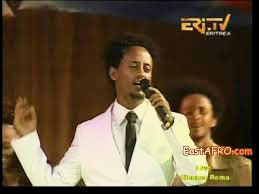 Thomas Alazar gave us on our previous interview a general image of his youthful passion and a notion about his first steps in the music world. Let’s find out today more on the young yet massively talented and gently modest young artist as we dive even deeper into his music.

-What can you say about your debut song?

It was entitled  “Delinaguale” (Delina; my daughter), my first big successes! It was fruitful because the lyrics, style and acoustic kirar sound I accompanied helped the music be good enough to inispire real feelings: in this case the fact that Delina was destined to grow with out a mother. I was inspired by a real life occurrence that a close friend had to go through. The song highlights the past troublesome yet utterly gorgeous love life of these two whom ended by the lady’s death while in labor and it got rewarded by the birth of a beautiful girl. The father, after the death of the mother, choose to call her “Delina” literally meaning “our wish”, to obviously highlight the fruit of a love affaire rejected by the parents, family and friends but nourished by the good will of the couple. The fact that the song was telling a romantic and sad story immersed many in the story line, while many others liked the simplicity of the melody. The kind of attention the song brought to me as an artist was powerful; it keeps me going on till this day.

-What could you say comparing “Delinagualey” to the other songs you produced?

Honestly speaking I would say it is the least powerful song compared to the other songs I produced. Mainly because as an artist when you sail on the cruise of art you will definitely know how to produce music that can be heard for a long time. The music industry is as though as the other business around the world, you need to set plans and strategies to make your productions and your name renowned. But either ways all of my success and the knowledge I gained as an artist I owe to my first song, as I told you before it brought me attention as a musician.

-Thomas as a lyricist, how would you describe him?

As kid I used to repeat songs of renowned singers, all I knew as a kid was that I was good at playing instruments and that I could sing with different tones in a long amount of time. I didn’t even know that I could sing neither did I know or needed to know that I could also be a lyricist. I am not a natural lyricist I had to work harder than ever to gain some skills, but the thing with lyrics is magical as if one looks for it come automatically. The pattern I usually used to follow was simple; I would compose music first and then look for professional lyricists or try to combine some words that rhymed. But life it self is a great lesson so I learned by the day that I too could be a lyricist; at least to my songs, I tried with all of my might and with the help of some colleagues I learned and changed the work-pattern I followed as a beginner: I now first do the lyrics or do the lyrics and music at the same time, and compose music that can make the lyrics shine the best. When you do so you can make songs in which the lyrics compliment the musical composition and vice versa.

-You delivered some extraordinary songs so I am sure many would agree you are quite an impressive of a lyricist.

My fans might love what I have so far delivered but personally I haven’t yet impressed myself. Just like I told you earlier, when one does both the lyrics and the musical composition, holds in his hands the power of creating an atmosphere in which lyrics compliment the music and vice versa. It just got to feel right. But you don’t have to forget the fact that any musical production is a combined work of different people, one might get a general idea but without a doubt need the help of musicians and lyricist even if’s for supervision. Furthermore, specialists and professionals of different kind are a must in a creation of a song; what we do is work all together as one entity and combine our talents and skills in enhancing what we produce. As for me I don’t think I am a good lyricist yet, at the studio I always ask for help.

-Are you being humble?

I am not being humble I am still an apprentice; I have a long way to go.

I released my album after a long time of debating with my production crew whether to release an early mini studio album or a late long full length full album.

Remember how I told you how we draw plans and strategies even in music industry? Well, that is why. When you do music you need to think of a right time for publishing, think of advertisements, and follow some procedures essential for the market of your productions. Naturally all of this comes after the quality of your songs but it is still very important.

–Going back to your album….

Yes, going back to my album… it is a full length full album entitled  “Aynikorarae” containing 11 songs. I choose to follow my own instincts and use the accompaniment of kirrar in every and each song along with a soft use of vibrato. I composed ten of them and did the lyrics of eight of them, with the supervision of many professionals and different artists.

-How was the feedback you had?

Very positive, since I took my time in publishing the album it gave the chance to accumulate a whole lot of knowledge as a selling singer-song writer. The timing was perfect and so was the feedback I got from the audience.

-The whole album was a successes! Is there a story line behind  “Feruza” as well? I mean just like “Delinagualey” people loved it a lot, if not more.

Yes, I believe so too. There is no story line at all, the lyrics call for the loved girl –in this case Feruza- to have more patience and wait for the man to give her the kind of life she deserves. It was approved because even if in the musical world now is the era of “techno “and “disco”, R&B as well as ballads escorted by soft and soulful melody make it big. And songs like “Feruza” and  “Delinagualey”; meaning songs that face harsh reality have the power of moving the souls of many. Such songs are felt the most.

-Which one is your favorite so far?

From my own productions? None. Whenever I listen to them I try to find some mistakes and I am never satisfied. Matter of fact my performances in live shows are of variable nature, but this doesn’t mean I don’t love my works, I do. They are the reflection of my dedication and I am proud of all the work I put in them and how far I came and matured as an artist. But I still don’t have a favorite.

The history of art and culture in Eritrea