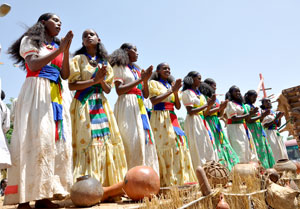 The Southern region is one of the six regions of Eritrea which is located in the southern part of the country with longitude of 380 15-390 40 east and latitude 140 15 north. It shares borders with the Central region in the north, Northern Red Sea region in the east, Gash Barka region in the west and Ethiopia in the south.

The total area of the region is 10,000sq.km with about 800,000 population. It has 232 administrative areas ad about 997 villages. There are three ethnic groups namely Tigrigna, Saho and Tigre.

The region is composed of three climatic zones that cover with an altitude of 1300-3023; the highest area known as Mount Embasoira and lowest around Megerba Obel.

The number of dams and ponds in the Southern region is the highest in nation wise. Encouraging work has been done on the soil and water

conservation projects. To mention some of the works done-Hadadm, Rubashiro, Deqiliefai, Qeih-Kor diversion canals under which 1,789 hectares of land could be cultivated.

The number of dams and ponds at present are 145 and 255 respectively. The 107 dams and 254 ponds and the Hadadm diversion canals are constructed post independence.

The progress in diary and poultry is in good condition. The production achievement is attractive.

What makes countries rich or poor? ( Part I)