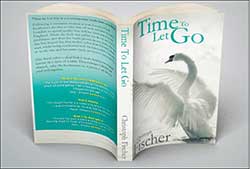 The infinite vastness of the universe is beyond human perception. Yet still, even the mysteries of our planet, earth, which in is nothing more than a tiny part of this infinity, are far from being simple and entirely understood by the most advanced species of the planet, humans. What’s more, being among the most enigmatic mysteries of the universe, time and its nonstop steadily paced passage is still beyond any form of human influence or adequately expository analysis. Although it happens that at times for some, especially those in anguish or even discomfort, the passage of time might seem despairingly sluggish and for those in coziness and rejoice it might seem unobtrusively fleeting, time indeed never delays or rushes it always progresses steadily. Of all the resources that mankind seem to have at hand, time for the most part is offered to all equally from seemingly abundant spring, so far as they are alive. Probably, time is the only thing that cannot be sold, borrowed or shared. Time is absolutely free for everyone. Even in transactions that are supposed to be calculated in the form of ‘the time used,’ it is one way or another, some form of service rendered or received that is charged or paid for, not the time in its pure sense. Nonetheless, paradoxically to its abundance and freshness, time still is the most precious resource that anyone can have.

The preciousness of things depends on several variables. One of the factors that make things treasurable is their significance or their influence in securing people’s welfare. People always prioritize and set the things in hierarchical significance based on the importance of the things and their interest on those things. And this by implication makes time the most valuable resource as everything else depends on it. Without a doubt, every single achievement and generally the en- tire welfare of anyone throughout the life one has here on earth depends on how well one uses one’s time. For, whoever wastes his/her time negligently is bound to failure, poverty, misery and/or obscurity. On the other hand those who managed to make productive use of their time are destined for success, prosperity, happiness and significance.

Another factor that makes time exceedingly treasurable is the uncertainty of the extent to which how much time people should have in life on the planet. As cheap and abundant as time may seem, the amount of time meaning the years, months, weeks and days we may have on earth is anything but certain. No one, no matter how young or old, rich or poor, famous or obscure, powerful and important or powerless and insignificant, healthy or sick one may be, knows when one’s life is going to end here on earth. People die every day, every hour, every minute and even every second for that matter. Many are dying right now, at this very moment, still no one have the slightest idea of who shall depart next and when. One minute one is a life and the next minute he is hit by a bus, dead. This uncertainty or the fact that everyone technically lives in on the edge of death makes time dearly precious.

Many of the resources man can possess in life are replaceable in one form or another or are at least substitutable. People could lose something that had been in their possession by negligence or compulsion and may repent the loss and wish to repossess what’s been lost somehow. It might require significant strive and pain but there is always a possibility that they may win back what they have lost if they want it bad enough. What’s more, throughout history, people have proved their ability to find some sort of replacement even to those the so- called ‘irreplaceable resources.’ We can take the energy-source-substitutes man has discovered so far and is yet to discover in all the attempts and efforts which have been and are being exerted to meet the ever in– creasing energy demand. But such a concept of replacement or substitution is not applicable to time. If one hasn’t make a use of the time one has at hand, no amount of repentance, regret, strive and pain enables him/her redeem the loss and let him/her regain the time wasted. In all probability, time is one of the few things that are irreplaceable and un substitutable, consequently the most precious thing man has been offered for free.

Logically, the preciousness of time is supposed to dictate time– frugality or at least wise use; however, the fact of the matter is on the contrary. How astounding is the belittlement of the value of time and the obliviousness of humanity to its worth considering its preciousness. How abundant is the time wasted in idles and trivialness! Come to think of it, there could be nothing more treasurable to humanity that is wasted without being giving any value whatsoever to its dearness. Imagine yourself spending your money as carelessly or prodigally as you spend your time. What would you think of yourself or others would think of you, utterly insane, right? But what is insane is that time, which can never be replaced or repossessed once gone, is much more precious money, gold or any form of earthly riches. And yet still, people waste it without giving even a fragment of regard they bestow up on money and dawdle it indeed as if it were some sort of insignificant grit on earth.

Consider this; how much time have you lived on earth? How much of it have you used well? How much of it have you wasted? And how much of it would you wish to have back? Well such thought doesn’t do any good for anyone in terms of changing the past and remaking the time wasted worthwhile. However, it gives a great deal of significant in– sight into one’s sense of time, in utilizing the present and planning the future. What do you think of your present? Are you using and cherishing your precious time? If you are not what is holding you back? What do you think of this very moment? Do you think reading this article is worthwhile? If it is so, it is many thanks to you and self-applause for me. But if not, why don’t you throw it away and start doing what you think is important for you right now? Many might think they have spent/wasted a good part of their age already and feel bad and regret a great deal. But regret is no good if it doesn’t inspire and enforce a better present and future.

Your time is something that the boundless mystery of nature be– stows upon your arms in small portions successively one part after the other, nonstop, without any delay or rush, for free. You have a chance to make use of every portion while it is there for once gone the other portion is at hand and there is no way of retrieving the previously wasted. Once again, be urged to consider this allegory. You are granted one thousand four hundred and forty Nakfa every day to spend in any way on anything you fancy. But there is a catch; you cannot save the money. If you don’t spend all the money, whatever is left of it would vanish by the end of the day. What would you do? Would you fail from spending all the money and let a dime vanish or spend it all even if it meant giving beggars some of it? Now apply the allegory in analogy to time. Every day you are given twenty four hours, or one thousand four hundred and forty minutes to spend as you will. And what you shall use you shall use but what– ever is left of it vanishes. You can neither save a minute for the next day nor retrieve a second of a minuet once gone. How much of these minutes are you putting into use to produce positive results and how much of this precious treasure are you wasting?