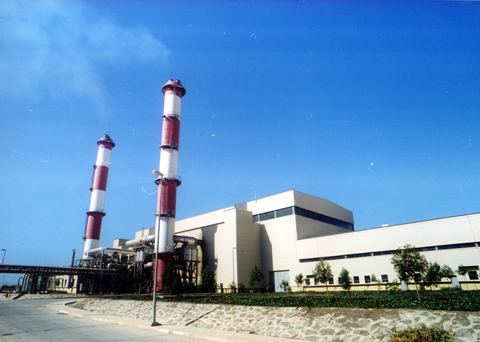 At a conference in Asmara, Eritrea, a person in the audience got up and decried the fact that there is acute power problem. The person’s concern was that the City of Asmara was becoming prone to black out and the in-convinces of shortage of light and the use of surfing the internet. I was taken by the question and had wanted the person to sit down; but being rational on the topic was the way out. Meaning that recognizing that the question of power isn’t a moral one; it’s finical, environmental and technical one. As the saying goes Electricity is the issue of the “White Elephant”.  The Ministry of Energy and Mines has from the outset devised strategies to supply sufficient, reliable and cost effective energy supply that takes the ecosystem into account. The energy policy takes into account the social, economical and the benefits of future generation.

Presently, there is a huge difference in the demand and supply of power. This is due to greater power demand than its power production capacity. Prior to the nation’s independence its demands for power was limited. Electricity was only supplied in the very few major cities with low population density and electrification was limited. After independence the distribution of electricity lines has been expanded to areas that were never beneficiaries. The integrated national electricity network power supply has increased in terms of megawatts’. There was ample supply of power until the year of 2006 all the major cities were well supplied with electrical power and no black out were seen in the city of Asmara, Massawa and other major cities. As the demand for power increased specially with the increase of distribution to the outskirt cities and villages the supply and demand has not intersected. The increase and update of the power supply at different intervals has not been sufficient with the increase in the use of power. Small industries, hospitals, education facilities and the municipal services have increased immensely. These increases in service have increased the demand for electricity. Every household now has TV, refrigeration, micro-wave, electric-oven and few have air-conditioned their living quarters. These and many other conspicuous consumption has stressed the system. The Ministry of Energy and Mines has updated the Hirgego power plant and it’s resolved the power outages. In-addition the use of generators and

renewable energy is expanding. As the nation develops the demand for power will increase.

How is the future power supply to be addressed?  Which economic sector are the priorities; industrials sectors, agro-industry or the electrification to every corner of the country for consumer consumption? What are our finical outlooks and capacity to fund these demands? What type of power plant? These are the conversation we need to have.

However demanding there are plans and work going on to satisfy energy supply demand through the expansion of electrification programs, introducing new generators and networking different areas that have not yet been covered through grids. There are two major area of concern in the general skim of development that has priorities. Gedem Cement Factory and the Gash-Barka region which is the center of agro-industry and known for its economic potentials are priorities and recipient of this plan. The Gedem Cement factory has been in less than its production capacity; with the nations plan in the housing projects and water conservation programs it has to be fully functional and productive in order to supply cement to the housing projects and dams that has been planned. Hence the Ministry of Energy and Mines has been working in accomplishing Gedem’s cement factory own sources of power independent of other sources to enable its full production.

The Gash-Barka region with high potential in the agro-industry and known for its economic miracles are priorities and recipient of this plan. The agro-industry has high power needs the projected sites like Omahger, Gerset, Fanco and the Tesene area.  The Anseba region such as Elaberet to the South Himbol to the West these projects are the Mother of All Integrated Power Priorities that are being worked on. The interconnected power supply will have to increase to over 300 Megawatts’.  These and many power issues are being addressed as the ministry is working with different partners in types of power sources and the funding of these power projects.

As a nation we are not capable of nuclear power however there are a range of alternatives that we could work on such as geothermal energy, solar and wind energy. They have their own advantages and disadvantages but could be contributors to our power source even to the extent of fully powered on alternative renewable source of energy. If we were to only use hydrocarbons and have no other alternatives what is the environmental consequences we have to contend with, what is the damage to human life?  We are all aware of the power problem around the world. Some nation have shortages others have plenty of power yet they have problem with environmental issues. Nuclear power maybe nonpolluting but is a source of radioactive waste disposal problem and its radioactive leaks has killed many people and has caused environmental damages.

Going forward our plan should concentrate on two major power sources: conservation and renewable source. The Ministry of Energy and Mines needs to work on minimizing wastage of power by educating the population on conservation and encouraging the use of solar power to new buildings. This is not to say the ministry has not done its job as it’s documented the introduction of economical lamp in the Northern Red Sea area, the use of wind energy in the Southern Red Sea region and the introduction of modern equipment to prevent wastages during the process of transmission from one area to another are witness to the great job the ministry is doing in conservation. The Ministry has also expanded the use of natural gas for cooking purposes and introducing oven that use gas instead of electricity by building gas distribution tanker that cost 4 million euro in 2010 and new tanker that cost 10 million euro to supplement the use of electrical power.
As stated above the issue of power is not a simple issue. It’s the issue of the “White Elephant” and one that cannot be accomplished within a short years of development. It needs a large amount of foreign currency, expertise and budget to service and run power. For my friend who decried that Asmara is in the dark, I would like to say if the priorities were to only provide electricity to the cities his concern would not have been an item for discussion, but the Nations mission is equal accesses to all regardless of location. Much has been achieved in the electrification of the nation and increasing the source of power and more is to be done in the near future. The Eritrean people and government as have done in the past will overcome the power shortage through the culture of doing your best with whatever you have while building one thing at a time.