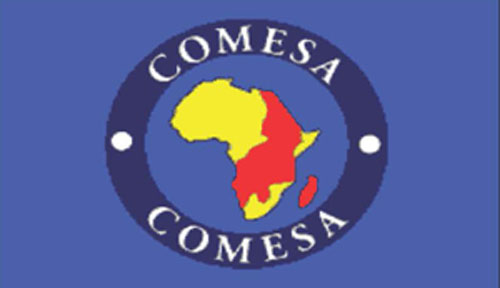 Competition policy has as its prime objective the promotion of consumer welfare through encouraging competition among businesses. This objective is achieved by instituting a legal framework aimed preventing restrictive business practices and other restrictions that deter the efficient operation of the market thereby enhancing the welfare of consumers in the Common Market.

The COMESA competition law is, in this regard, a legal framework enforced with the sole aim of enabling the Common Market attain the full benefits of the regional economic integration agenda by affording a legal platform for promoting fair competition among businesses involved in trade in the Common Market and protecting consumers from the adverse effects of monopolization and related business malpractices.

There are several ways in which anti-competitive business practices can harm consumer welfare and derail the gains of intra regional trade. Imagine two well established firms in a country or region are engaged in fierce competition with each other. Such competition leads them to independently introduce innovations aimed at outwitting each other on the market such as offering lower prices, discounts, rebates, etc.  The consumer benefits from this rivalry in terms of low prices, high quality, etc.

Now imagine these two firms decide that rather than compete, they should agree on what quantities to supply on the market and at what price and quality.  The two firms will end up maximizing profits at the expense of consumer welfare. This is what is described as a cartel, a situation where businesses rather than compete, seek to collude to exploit high prices from the market. Markets dominated by cartels will ultimately become complacent in their business decisions and as a result, consumers lose out by way of poor quality products, high prices, etc. Wherever firms seek to move away from competing in favour of collusion, competition law is infringed and the goals of the single market can and will be frustrated. Effective competition law enforcement is therefore, designed to protect this competition process.

Consumers may also have experienced scenarios where a firm or a collection of firms become so dominant in the market to the extent of behaving without effective constraints from existing competitors or potential competitors. Such dominant firms have an incentive to charge excessive prices knowing that consumers have no alternative of getting similar goods or services anywhere feasible. The dominant firms may also price below cost for a short period of time (predation) with the view of driving competitors out of the market  and then revert to excessive prices to recoup the temporary loses once the competitors have been driven out of the market. Consumers would normally celebrate low prices by a dominant firm but may not be aware that it’s a temporary strategy (trap) which will expose them to excessive prices in the near future.

The Commission takes a keen interest to monitor market concentration and anti competitive conduct which are potential breeding grounds for market monopolization and harming consumer welfare. The COMESA Competition law just like most competition laws prohibits a wide range of horizontal and vertical agreements including cartels and abuses of a dominant position which have the effect of preventing, restring or distorting competition in the Common Market.  Whether a business conduct or arrangement is anti-competitive is assessed on the basis of its objective, or its effect on trade between Member States and competition, rather than its form. This means that verbal and informal ‘gentlemen’s agreements’ are equally capable of being found to be anti-competitive as formal, written agreements. Some examples of the types of business arrangements which are generally prohibited under the COMESA competition law include agreements fixing prices; collusive tendering and bid-rigging; market or customer allocation agreements; allocation by quota as to sales and production; collective action to enforce arrangements; concerted refusals to supply goods or services to a potential purchaser, or to purchase goods or services from a potential supplier; or collective denials of access to an arrangement or association which is crucial to competition. These conducts between competitors are the most serious form of anti-competitive behaviour as they constitute hardcore cartels and carry the highest penalties.

Considering that the ultimate victim in this whole pursuit of monopolization and profit maximization by firms is the consumer, it is imperative that consumers take the lead in eradicating these business malpractices. Consumers must become reliable partners of the Commission in identifying business practices that are harmful to their interests. Other than whistle blowing, consumers are at liberty to request for an investigation of the conduct considered harmful to consumer welfare, make written representations, and may request to participate in the proceedings of the competition Commission as interested parties.

In addition to the consequences highlighted in the foregoing, one other major risk to a firm is the disruption and damage to its reputation which may arise from lengthy investigations or subsequent litigation from customers, competitors and consumers. Non compliance with the COMESA competition law, therefore, becomes a serious governance issue which may put off would be investors into the company and even lead to the exit of current shareholders.

Cognizant of the severe consequences of non-compliance with the COMESA competition law, businesses should regularly review or inquire whether the company’s business practices and agreements comply with COMESA competition law. It is important, therefore, to promote an understanding amongst employees as to what type of behavior is and is not permissible under competition law. One practical way to devise and actively implement a competition compliance policy that is specifically tailored to that firm. Not only does this minimize the risk of being non-compliant in the first place, but if a company is investigated for anti-competitive behavior, evidence of a competition compliance policy may be taken into account by the Commission in determining the penalty.

REMARKS BY H.E. MR. OSMAN SALEH MINISTER OF FOREIGN AFFAIRS OF THE STATE OF ERITREA AT THE AFRICAN UNION REGIONAL CONFERENCE ON HUMAN TRAFFICKING AND SMUGGLING IN THE HORN OF AFRICA