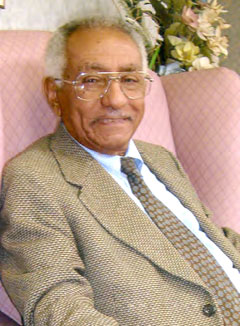 The veteran patriot Tsegai Kahsai passed away on November 15 in Asmara at the age of 84.

Asmara, 18 November 2014 – The veteran patriot Tsegai Kahsai passed away on November 15 in Asmara at the age of 84.

He was born in Azien, Central region, in 1930 and served with dedication in the founding of the Free Eritrean Workers Association during the years 1951 to 1953, in addition to playing active role in the demonstration organized in 1958 towards ensuring the rights of workers.

In the course of the struggle, the late patriot Tsegai was among the Eritrean nationals who were hunted and exiled by the Haileselasie regime.

In the 1960s, after leaving the Homeland for exile, the departed veteran patriot served his country and people in various capacities abroad in the course of the freedom struggle in a spirit of uprightness and commitment.

The funeral service of the late Tsegai Kahsai would take place tomorrow at 12:00 PM at the Asmara Patriots Cemetery.