“Art is part of my life” 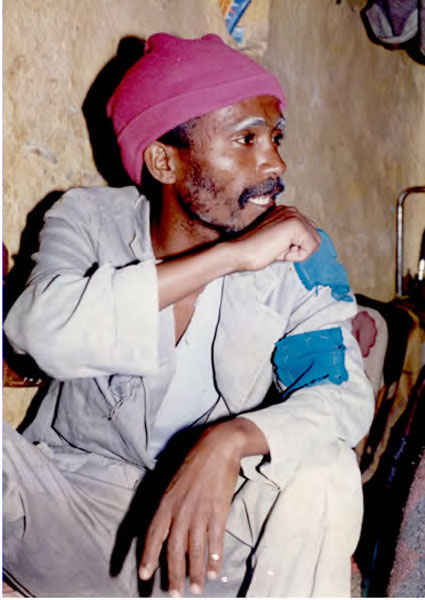 He has been in the field of arts for over thirty years working as an actor and director. He is known for producing comedies for the Eritrean TV. He acted as a main character in over 40 stage dramas and films.

Could you introduce us about yourself?

Why did you stop at grade eleven?

I was deeply involved in art and I had to quit my education. I was not also interested in continuing my education.

When did you start acting?

I remember when I was at grade four; I acted in a dram produced for school year closing ceremony.

It was in 1984 I acted in a drama “Tsibah kwbri intebeluwo Shebedbed” (literary meaning, “Getting restless when told that there is funeral ceremony for tomorrow”). That was my first stage drama exposure. In that drama I acted as father.

Could you tell us about the dramas and films you acted?

They are many and very difficult to count. But over all I produced many stage dramas and film. Most of my drama productions are comedies.

Why did you choose to produce comedies?

I don’t know. May that is my talent and I have been working on it for many years since my childhood.

What feedback do you have from spectators?

A lot! I have many followers and most of them encourage me whenever I met them in person. That is a motivating factor. If people tell you they like your drama, the way you act, there is nothing incentive more than that. You know you are doing good and become motivated to do more.

What character do you prefer to act on?

I like to act as low income person or a person with mental disability.

I very much sympathize with people with mental disability. They are people who we should take special attention and care.

How do you find it to become an actor, producer and director at the same time?

I have been an actor for a long time in my career. Lately I tried to direct some of my dramas and eventually I continued directing and producing dramas. And I find it that it is not very difficult. What needs is dedication and the love of what you are doing.

What if you are asked to select one?

I would have said I love to become an actor.

Is there any training you took?

I did not take any training. It is through hard work and developing experience that I am engaged in theater.

My life is connected with arts. And I like to live with that. That means I will go on producing as many dramas that I hope would satisfy the public.