The Warming World: Is Capitalism Destroying Our Planet? Part I 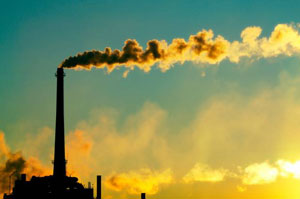 Humans are full of contradictions, including the urge to destroy things they love. Like our planet. Take Australian for example it owns one of the wonders of the world, the Great Barrier Reef. Its leaders believe that burning coal is “good for humanity,” even though it produces greenhouse gases that ultimately make our world’s oceans warmer, stormier and more acidic. In recent years, Australia has exported more coal than any other country in the world. And the reef, the largest living organism on the planet, is dying. Half of the corals that make up the reef are, in fact, already dead.

India is planning on doubling its country’s coal production by 2019 in addition to importing more coal from Australia. It is already the third largest producer of greenhouse gases, behind China and the United States. But climate change is altering the monsoon season, with both flooding and drought becoming more common.

Since 1880, when global temperatures began to be systematically collected, no year has been warmer than 2014. The 15 warmest years, with one single exception, have come during the first 15 years of the new millennium. Indeed, it has become an open question as to whether global warming can be stopped anymore-or at least limited as policymakers have called for. Is capitalism ultimately responsible for the problem, or could it actually help to solve it?

World leaders come together to address the problem of global warming. But despite their “discussions to combat global warming” the reality is that a deep chasm is opening up between the rich countries that want to protect the climate and the poor countries who are demanding that the rich countries pay for measures to combat climate change. Participants were hopelessly at loggerheads and proved unable to reach an agreement. The only product of the long days and nights of negotiation was a single number: 2 degrees Celsius.

Politicians around the world have repeated the number like a mantra: Average global temperatures should not be allowed to increase by more than 2 degrees Celsius (3.6 degrees Fahrenheit) relative to pre-industrial times. A “dangerous anthropogenic interference with the climate system” is to be prevented, reads the United Nations Framework Convention on Climate Change.

The choice of 2 degrees Celsius as the maximum limit was largely an arbitrary one. Indeed, the 44 members of the Alliance of Small Island States (AOSIS) believe that, in a world that is 2 degrees warmer, many of their islands would disappear. They are demanding that the upper target limit be reduced to 1.5 degrees Celsius. But as things currently look, the 2-degree target is hopelessly utopian. It is supposed to sound reassuring, but it is little more than hot air. Since 1880, average global temperatures have already increased by 0.8 degrees Celsius, and the consequences have become widely evident.

The bitter disagreement of the world leaders is that which countries have to reduce greenhouse gas emissions and by how much? What does it cost? And most importantly: Who pays? The goal is that of coming up with a successor treaty to the 1997 Kyoto Protocol, the first international agreement aimed at protecting the climate.

Should greenhouse gas emissions continue as they are today, the world will likely reach the 2 degree Celsius maximum within 30 years. Indeed, in order to have any chance at all of stopping global warming at 2 degrees Celsius, emissions would have to fall by 10 percent per year starting in 2017 at the latest, says Fatih Birol, head of the International Energy Agency.

But is that even possible? In 2014, around 60 percent more greenhouse gases were pumped into the atmosphere than in 1990, the year against which most reduction targets are measured. There is little to indicate that the trend might soon change. And if it doesn’t, if emissions continue at today’s rate, the World Bank calculates that average global temperatures will increase by 4 degrees Celsius by the end of the century. The consequences of so much warming, the World Bank says, would be “extreme heat-waves, declining global food stocks, loss of ecosystems and biodiversity, and life-threatening sea level rise.”

The sheer scope of the destructive effect the production of fossil fuels already has today is visible when you visit places that provide the world with its supplies of coal, oil and natural gas.

Following the Copenhagen fiasco, the executive secretary of the United Nations Framework Convention on Climate Change, Yvo de Boer of the Netherlands, resigned in frustration. He had, he said in a 2013 interview with Bloomberg Business, lost his faith in climate diplomacy. “The only way that a 2015 agreement can achieve a 2-degree goal is to shut down the whole global economy,” he said.

Might it be enough, though, to fundamentally change the rules by which the global economy functions? That is what Canadian bestselling author Naomi Klein is demanding. Klein spells out her thesis “This Changes Everything”: “We have not done the things that are necessary to lower emissions because those things fundamentally conflict with deregulated capitalism, the reigning ideology for the entire period we have been struggling to find a way out of this crisis.”

In other words, climate protection and capitalism are mutually exclusive. In order to stop global warming, Klein argues, we have to use fewer resources. But in order to prevent the collapse of our capitalist economic system, unlimited growth is necessary. “Only one of these sets of rules can be changed,” Klein writes. “And it’s not the laws of nature.”

Regardless of whether one finds her standpoint to be plausible, radical or beyond the pale, it is difficult to disagree with one of her points: Our reaction to climate change is inversely proportional to the dimension of the problem it presents.

When did global warming cease being merely a computer simulation? It must have been at some point between the 1970s, when the world experienced 660 natural catastrophes, and the last decade, with its 3,322 storms, heat waves and flooding. It came quietly, as most of us were looking away.

Since then, the ice cap at the North Pole is melting, glaciers in the Alps are disappearing and dikes on the North Sea have had to be heightened. Rainfall has become even more intense in Western Europe whereas precipitation has fallen in the southern part of the continent. Extreme weather phenomena such as violent storms, torrential downpours and hail storms have become much more frequent.

On the Arabian Peninsula, which is almost entirely covered in desert, ground water levels are falling dangerously. In Africa and Central Asia, deserts are expanding. In Israel, Australia and Brazil, lakes and rivers are drying up.