The Warming World: Is Capitalism Destroying Our Planet? Part II 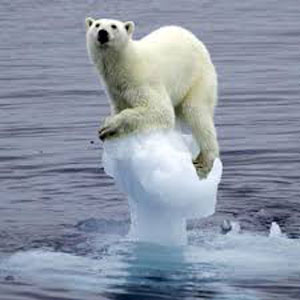 Last December, the United Nations’ climate diplomats converged once again, bringing together hundreds of politicians and negotiators as well as thousands of experts and lobbyists. This time they met in a tent city the Peruvian government had erected in central Lima.

For one week, attendees met in mobile units and tents, discussing, arguing and sometimes actually making a serious effort to save the planet. But the important questions didn’t get answered in Lima. Like the speed at which emissions cuts should be made and what they might cost.

On the surface, the talks focused on commitments, obligations and controls. Behind the scenes, however, delegates forged new alliances. The industrialized nations, including Germany, wanted to leave behind the old world order — with rich countries on one side and poor ones on the other — and hold emerging economies like China, Brazil and Indonesia more accountable for their emissions.

As in Copenhagen, however, envoys representing those countries wanted to hear nothing of it. Instead the Chinese acted as the voice of the developing nations and as the chief blockader among them. “We were astounded by the extent to which the African countries aligned themselves with China,” an EU negotiator would later confess.

So does Naomi Klein have it right? Is climate protection doomed to failure so long as the world continues to pursue growth?
During that past two centuries, humanity has experienced something never before seen on this scale: a period of almost continuous growth. Earth’s population has increased sevenfold since 1800. Per capita earnings have grown on average from $700 to $6,500 per year and economic output is 60 times bigger than it was 200 years ago.

That continual boom, though, was made possible fossil fuels, resources people long held to be inexhaustible. Coal, followed by oil and natural gas, made unprecedented economic growth in Europe, America, Australia and Asia possible.

Naomi Klein’s argument sounds almost banal. She believes that growth is inevitably linked to destruction of nature and that the climate can only be protected by curbing economic activity. In other words, the only thing that can help the environment is giving up material things. “Less is more” is the mantra of the degrowth movement, which began more than four decades ago when a research group lead by the American Dennis Meadows was tasked by the Club of Rome to examine the frontiers of economic expansion in 1972. The resulting report was titled, “The Limits to Growth,” and the theory that grew out of it has been finding great resonance ever since.

As proof of the irreconcilability of capitalism with environmental goals, economists like to cite the “rebound effect,” which holds that all efforts to increase efficiency are negatively offset by increasing demand.

The first person to describe the rebound effect was William Stanley Jevons of Britain. His book, “The Coal Question,” was published 150 years ago and described how steam engines required decreasing amounts of coal because of technological advances. Nevertheless, he noted, consumption of the fuel continued to rise because an increasing number of steam engines were being used. Jevons concluded that more efficient use of energy is not accompanied by sinking consumption. Instead the opposite is true.

Newer car engines use less fuel, heating becomes more efficient and yet the total consumption of oil, natural gas and fuels continues to increase because automobiles get heavier and apartments larger. In that way, what has been gained in efficiency has been lost again — at least to a certain

degree. But the extent of the effect is the subject of debate. A few studies have concluded that no more than 15 percent of the savings are lost. Others claim the loss to be as great as 30, 50 or even 80 percent.

In some cases, though, the rebound effect can also destroy all efficiency gains. Lighting provides a good example. With each level of development — from the candle to the light bulb to today’s LED lights — less and less energy was required, with efficiency increasing within 200 years by 1,000 times. And yet per capita use of lights has grown at an even faster rate — by more than 25,000 times.

A similar trend can be observed in crude oil. Thanks largely to improved extraction technologies, the global supply has grown so much that it has caused prices to collapse and triggered a renaissance of gas-guzzling SUVs.

Low energy prices should provide a natural opportunity to reform energy policies, at least in theory. Developing nations could pare back the subsidies they pay to make fuel cheaper for consumers. And industrialized nations should systematically invest the billions saved by consumers through cheap fuel into renewable energies. Unfortunately, though, that kind of farsightedness goes beyond the constraints of the current everyday political reality in which many governments are trapped.

That backdrop is the reason that proponents of degrowth like Naomi Klein consider the idea of green growth to be an illusion, indeed self-deception. But it’s a view that Ottmar Edenhofer doesn’t share. The researcher says there’s a “fallacy” in that thinking.

Although he’s surrounded by physical evidence of the fossil past, it’s the transition to renewable energies that dominates the thinking here. Edenhofer says he firmly believes that growth can be managed in ways that are not in conflict with the environment. For that to happen, it is essential that an important criterion be fulfilled: “We have to put the right price on CO2.”

As societies, we haven’t succeeded in doing that so far. The European Union has had emissions trading for 10 years now, but the system has never functioned as intended.

The idea is nevertheless a fascinating one. The EU places an upper limit on pollution rights, with just over 2 billion certificates allocated in 2014. Around 11,000 companies participate in emissions trading, purchasing the certificates and trading them amongst each other, thus setting a price for each ton of CO2 emitted.

Additionally, the emissions trading system doesn’t even cover half of the greenhouse gases that are being emitted. It excludes the transportation, real estate and agriculture sectors. All efforts to change the system are met with stiff resistance. Edenhofer argues that if the price of CO2 were considerably higher, there would be greater incentive to invest in low-carbon technologies. “The problem is not that we’re short on fossil energy sources,” he says, “it’s that there’s not enough storage space in the atmosphere. We need to apply a price to this scarcity. That’s the whole point.”
Of course, it would also be possible to reduce emissions by restricting growth the way Naomi Klein proposes. Edenhofer says it would be conceivable, but costly. Assuming a 1 percent reduction in both economic output and CO2 emissions in an environment of global gross domestic product of $70 trillion and emissions of 33 gigatons, he calculates it would cost $2,100 to cut a ton of CO2.

The climate economist argues that Earth’s fate hinges largely on whether countries can agree to an appropriate price for CO2. Of course, the world is far from reaching any agreement, particularly given that Europe is comparatively more environmentally conscientious than other areas of the world and it still hasn’t come up with a working model.

The wealthiest countries will have to bring a lot of money to the table. In 2010, they held out the prospect of spending $100 billion a year starting in 2020, with just under one-third of that money coming from governments.
No real solution has been found at any of the other climate summits over the past 23 years. What if that happens again this time?