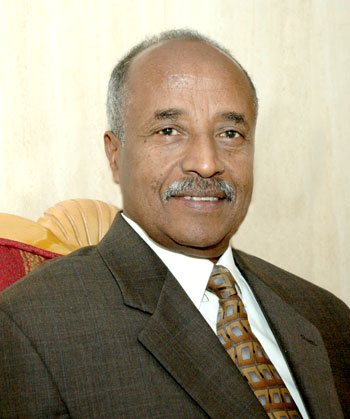 In the meeting with Prime Minister Ibrahim Mahlab, Mr. Osman conveyed President Isaias Afwerki’s message of goodwill and greetings to President Abdul-Fatah Al-Sisi.  Both parties further discussed ways and means of enhancing the bilateral ties of mutual cooperation and partnership.

In the same vein, Foreign Minister Osman held a meeting with his Egyptian counterpart, Sameh Shoukry, on related issues, according to reports from the Eritrean Embassy in Egypt.

Foreign Minister Osman Saleh led a GOE delegation that took part in the International Investment Conference in Sharm Al-Sheik from 13 to 15 March which was convened to galvanize support to the Egyptian economy.