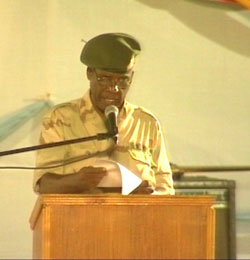 Erina reporters indicated that Easter Holiday has been celebrated nationwide.

At a ceremony conducted in Sawa National Education and Training Center in connection with the Holiday, Col. Debesai Gide, Commander of the Center, wished happy Easter to nationals residing inside the country and abroad in general and the followers of Christianity in particular, and expressed appreciation for celebrating the Holiday in Sawa, at the youth center and a place for nurturing youth that would shoulder the responsibility of nation building.

Members of the 28th batch of then National Service, students of the Vocational Training Center and the staff of the center participated in the celebration program.

Call made for exerting joint efforts towards upgrading student competence