“Victory is sweet and it asks a price” 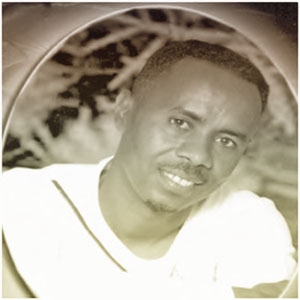 His name is Habte Mehari, he was born in Mendefera in 1975. He went to Sawa as part of the 2nd batch National Service. Upon completion his military training he was assigned with the Eritrean Navy and later with different military divisions as a combatant and teacher. While in the army he took the Eritrean School Leaving Examination and got result that could allow him join at the Adi-Keih College of Art and Social Science and graduated in Language and Literature. He is also song writer and has produced several songs for different singers.

-Could you please introduce yourself to us?

At early of my childhood I was very much aggressive and often fighting with children of my neighborhood. Whenever my mother hears somebody knocking our door, my mother used to take it as someone is coming to complain about me.

When I get more matured I identified myself that I could write. I started participating at students’ dialogue in my school. The dialogue was presented in the form of poem and that was conducted every Friday. That helped me open my eyes.

-Tell us about your present day situation as lyric writer and singer.

My first album has been releases while I was a teacher in Ala. I also have been participating at different national and youth festivals. Since then I have produced three albums.

-I hear you were a good singer.

Actually I was to the contrary. I am not endowed with good vocal. And instead I shifted my attention to lyric writing.

-Have encountered challenges in your activities as an artist?

Yes! The main problem in art is that there are many faultfinders. Business is also important aspect which we have deal by ourselves. Artists are also always vigilant to not let others copy their works. Art is very vast and I don’t understand why people try to take what is not theirs.

-How do you think this could be tackled?

We are the products of experience. Education is also very important. And the remedy for that is people should learn about art as much as they can and with that they can produce their own works.

-Thank you very much!