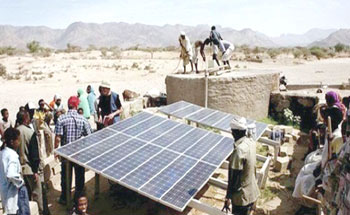 A deliberate campaign spearheaded by certain, self-proclaimed, Horn of Africa scholars and activists has been launched in the past few weeks aimed at misconstruing Eritrea-European Union (EU) relations.This brief account attempts to shed light on the solid, 22-years old, Eritrea-EU ties of development cooperation which is firmly anchored on mutual respect and collaboration in sectors that are agreed upon by both sides.

It must be noted that the EU development fund (EDF) that is allocated to Eritrea within the five-year planning cycles is not uniquely designed for that country alone. Indeed, it is not different than the plethora of EDF agreements the former signs with the other 78 African, Caribbean and Pacific (ACP) countries on the basis of collectively negotiated and normative mechanisms and frameworks of multilateral cooperation.

As far as political dialogue is concerned, the EU and Eritrea are bound by the same procedures and modalities that are enshrined in the multilateral Cotonou Agreement.

Eritrea joined the African Caribbean and Pacific and EU (ACP-EU) cooperation partnership in 1993, soon after its formal independence and as the partnership was marking its 30th anniversary.
Eritrea’s long cherished vision revolves around securing a life of dignity and prosperity for its citizens in a peaceful and cooperative regional and global setting.
By all accounts, this vision is coherent with fundamental principles of the ACP-EU partnership agreements, particularly Lome IV and the Cotonou Partnership Agreement (CPA) which Eritrea joined and signed in 1993 and 2000 respectively.

Four key factors are important to Eritrea as it considers development cooperation, whether with the EU or other partners:

o Mutual respect on matters of sovereignty and political independence;

o Host country ownership of programmes and the channelling of funds directly to implementing bodies on the ground.

As highlighted in Article 19, the key goals of the Cotonou Agreement are to reduce poverty, ensure sustainable development, and foster integration of ACP states to the global economy. This policy is compatible with Eritrea’s commitments to promote sustainable

and equitable development in an interactive regional and international setting with a special domestic focus on previously marginalized communities.

The paramount consideration behind Eritrea’s decision to accede to the EU-ACP cooperation framework in 1993 was to enhance and accelerate the momentum of its regional and global engagements within the context of collective efforts for peaceful coexistence and multi-faceted development.

On the other hand, the Contonou Agreement’s endorsement of the spirit of the Paris Declaration, which acknowledges the right of implementation and ownership to ACP States for the design and implementation of EDF-funded programmes is another vital factor that Eritrea has taken into account as it cultivates this relationship. This constructive EU disposition meshes in smoothly with Eritrea’s deeply held views on a cooperation matrix that does not engender dependency and/or encroach on the host country’s sovereign political choices and preferences

All ACP states invariably undergo through established EDF programming procedures. This has been a common practice between Eritrea and the EU in the four EDF cycles – 7th, 8th, 9th and 10th– that were implemented in the last 22 years.

The past four EDF cycles that Eritrea has signed and implemented have addressed the main challenges of the country in the respective periods. As the country was recovering from a bitter 30-years war for independence and subsequently a war of aggression waged by Ethiopia merely seven years after liberation, the initial cycles focused on rehabilitation and reconstruction programmes. Once the country achieved those goals, the programmes slowly moved towards sustainable economic and social development.

The 7th EDF, the first EU assistance package to Eritrea, was signed in 1994 in the immediate aftermath of the National Indicative Plan (NIP) that the Government of Eritrea (GOE) had charted out. The focus of the outlined projects were infrastructure, including transport and energy; rehabilitation and recovery programmes (Short Term Programme to Aid Reconstruction and Recovery); as well as technical studies. The total budget for this cycle was €55m and it was fully implemented albeit interruptions and delays entailed by the border war.

In 2001, the GOE designed the 8th EDF, 56 million Euro programme that was primarily funnelled towards restoring macroeconomic stability.

The 9th EDF cycle addressed post-conflict rehabilitation and especially the demobilisation programme that the GOE embarked on after the signature of the Algiers Peace Agreement and subsequent referral of the border dispute to the Eritrea-Ethiopia Boundary Commission.

The 10th EDF was signed in 2009 with a total budget of €122m. The bulk of the funds were allocated to food security and road maintenance. Non-focal sectors included capacity building programmes for Community Courts as well as the Eritrean Center for Organization Excellence which focuses on hands-on, short-term, training to enhance effectiveness of administrative bodies and public companies. Some of these programmes were restructured subsequently pursuant to GOE programme review amid changing priorities.

The EU and ACP states have been engaged in designing the 11th EDF cycle since 2011. The EU and most ACP countries have already signed the first National Indicative Programmes for the 11th EDF on 19th and 20th of June of 2014.

The global, indicative, budget for 11th EDF is estimated 30.5 billion Euros. Most ACP states, including Ethiopia, Djibouti, Somalia and Kenya, are in the beginning stages of implementing activities for the period 2014- 2020.

As far as Eritrea is concerned, discussions regarding the 11th EDF cycle and the sectors for funding began in 2013 and the key focal sector for this cycle is energy and economic governance. The agreement is expected to be signed in early May.