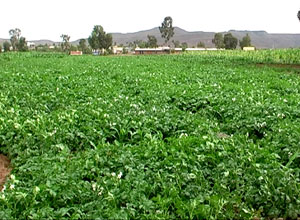 Asmara, 16 May 2015 – Water infrastructure and soil conservation programmes implemented in the Southern Region in the past years have yielded tangible results, the Head of Agriculture and Land Department branch in the Southern region, Mr. Hailemicael Eyob reported.

The construction of 146 dams and over 250 reservoirs in the Administrative Region has contributed to higher agricultural output.  Mr. Hailemicael further noted that the introduction of drip irrigation schemes in some areas (Sememo and Dirko micro-dams) on a pilot project basis has amplified the potential for much increased output in the period ahead.

Asmara, 16 May 2015 – The Head of the Education Ministry’s branch in the Northern Red Sea Region, Mr. Reshid Mohammed Osman, stated that access to education has increased by nine fold in the region in the past 24 years since independence.

The opening of new schools, the renovation of those in operation before independence as well as the opening of Boarding Schools has augmented overall access, especially encouraging families in remote areas to enroll their school age children.