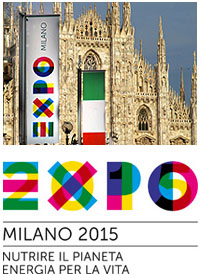 Life in arid areas can be a blessing, not a misfortune: this is the message that Eritrea seeks to spread during Expo Milano 2015. Its contribution will be to illustrate the sustainability of its traditional agriculture. It outlines the potential of its natural resources as a food reserve for rural communities, explains how to deal with the challenges of water scarcity, introduces the traditional Eritrean cuisine (which, in many cases, has excellent nutritional value), and highlights the potential of cooperative approaches.

The 125-square meter exhibition space within the Arid Zone Cluster, hosts illustrations, posters and brochures illustrating Eritrea’s various agro-ecological zones and the unique characteristics of each. It also explores the challenges posed by desertification processes and explains the “every drop of water” conservation techniques, through dam and lake building for the purposes of farming, fishing and animal drinking water.

A showcase of short video clips explores phases of the food production chain and describes crop-growing and traditional harvesting. There is an interesting example of the counter-measures used in the area of Sheeb to slow down desertification. Some describe the many uses of the fruit of the jujube tree, and others, use of the mogogo (a typical oven found in homes) with its biomass differential compared with wood, and the adhanet mogogo (a modern mogogo), to increase energy-efficiency and combat desertification.

Expo Milano 2015 is a global event characterized by its nature of uniting many different voices, basing its success on the involvement of all the various players taking part. As defined by the rules of the BIE (Bureau International des Expositions), participants in the Universal Exposition are identified as Official or Non-Official: Official Participants are all Countries (145) and International Organizations who accept the invitation sent by the Government of the Country hosting the Exposition. Non-Official Participants may be a group of representatives, institutional and otherwise, whose participation is authorized directly by the Organizer of every single Exposition.

Given the importance of its theme, the Italian Government decided in 2011 to officially invite all member states of the United Nations and to open the doors of Expo Milano 2015 also to Non-Governmental Organizations (NGOs) and Companies as key stakeholders in the global debate on the challenges related to nutrition and food. Working together, but with different methods and targets, depending on their role, they will be called upon to interpret and make a real contribution to the theme of Expo 2015 Feeding the Planet, Energy for Life. The aim is to bring to life a unique experience for visitors, as protagonists, building awareness and participation in the right to food that is healthy, safe and sufficient; to environmental, social and economic sustainability of the food chain, and to the conservation of taste and food culture.

A Universal Exposition has the responsibility to leave a cultural, social, scientific and technological heritage, and Expo Milano 2015 will build this legacy, above all, thanks to its Participants, who represent the heart and soul of the event.

Expo Milano 2015 starring the countries from all over the world who have been invited to interpret the theme feeding the planet, Energy for Life. Food, a vital part of daily life for the entire world’s population and capable of uniting people of different cultures and religions, also brings with it profound concerns. Each country, coming from their own culture and traditions, is called to question and offer solutions to the major challenges related to the future of food. Participating countries express the meaning and content of their presence at Expo Milano 2015 through a themed concept and have the opportunity to choose between two modes of participation: by building their own exhibition space (Self-Built Pavilions) or by choosing their own space inside one of the nine Thematic Clusters.

The Exposition Site of Expo Milano 2015 is thus transformed into a mosaic of countries committed to creating awareness amongst the visitors around a theme that is crucial for future generations, making them part of a global project never seen before. 184 unique and unrepeatable days of culture and science, innovation and tradition, sustainability and solidarity in which you can find over a hundred national cuisines each with their own tastes, scents and colors.

The Expo Milano 2015” has been also special platform for the Eritrean community members to demonstrate the cherished values and culture of the Eritrean society. The Expo week coincided with the 24th Eritrea’s Independence Day anniversary. And the Eritrean delegation headed by Mr. Woldemichael Abraha, Minister of Local Government and Eritreans residing in Milano and other parts in Italy celebrated the Independence Day at the Expo compound.

The national conducted a parade in a colorful manner, in a flurry of clored umbrellas, drums dances and chanting and singing. The occasion demonstrated the very attachment of the Eritrean community members have with their homeland the upholding the very values of the Eritrean society. The parade has been received a wide appreciation and admiration by the other expo participants.
The “Expo Milano 2015” created a significant opportunity for Eritrea to exhibit its characteristic agricultural productions and moment for exchanging a wide range of information. The visitors have been welcomed with trays full of bread of every kind, chickpeas, barely, coffee ceremony and other traditional foods. The Eritrean culture of hospitality has been demonstrated by the smiling girls wearing jewels, traditional dresses, farmers proud of their daily work, agronomists and researchers hosted by the delegation.

In a speech he delivered at the occasion, Mr. Fessahatsion Petros, the Eritrean Ambassador to Italy, said “In the last few years Eritrea has done a lot, this means anyone who goes to Eritrea today, hoping to observe and understand the country, directly and not by word-of-mouth, can do so. We have built large and small roads and dams, and wells too. Today, if you travel through Eritrea you see a water basin behind every village. Women no longer walk five, ten kilometers to get water, because now they have it just two hundred meters away. The Government created this possibility. We hope that the world will pick up on this opportunity and understand it. This is why we are at the Expo Milano 2015”.
The Hidri Cultural troupe is adding color to the occasion with its traditional and cultural songs and dances illustrating the varied and diversity of the Eritrean people.

The Publication and Enforcement of the New Codes, Timely and Indispensable: Minister Fawzia Hashim