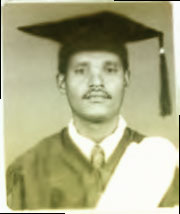 -As an introduction for our conversation, let me ask you. Who is Redae?

-How did you come to Asmara?

When I was a kid my father joined the armed struggle for independence. And my mother took the responsibility for raising me. However, my uncle asked my mom to take me to Asmara and learn there. My mother agreed and I came to Asmara.

-Is it not very tough to separate from your parents at your early child age?

It is very tough, especially from your mother. But my uncle has been very kind and he provided me everything that parents could provide to their children, the love and everything a child needs.

-How did you go with your education?

-That was the time of independence.

Our house was in the area of Bar Jimma and I used to hear and see the freedom fighters bombarding the airport. And as a child I was hearing that the bombardment has been to bring about freedom and wipe out the colonialist forces. After every bombardment I was contemplating ‘when is freedom to come’.

-How did you feel when freedom has been realized in 1991?

I was very glad. Especially I was eager to meet my father that I know only through history. I don’t remember whether I slept or not that day.

-Did you meet your father?

Unfortunately no! He gave his life for his country and people.

-How did you feel to hear that?

My heart broke!  But later when I grew up I was proud of my father, especially when people call me the son of a martyr. I came to understand that the martyrdom of my father has been for a cause, the people of Eritrea free from yokes of colonialism and owners of their destiny.

-How did your education go after independence?

I joined Bana School located in Godaif. And I completed my junior high school education there and my secondary school education at Halai Secondary School. Later I joined Asmara Technical School.

-Why did you choose Technical school?

I like the discipline. At that time I was average student and I preferred to take technical education. I took the school leaving national examination and I could not get the passing grade point average that allows me join one of the colleges and because of that I was assigned with the Logistics Division of the national service in Sawa.

-Where were you at the time when the TPLF regime waged war of aggression against our country?

I was in Sawa. We all were surprised and shocked because no one expected that to happen. We were angry at the same time. We knew in our heart that we would never allow our country back to square one. It should be defended by her sons and daughters.

-Where did you go after the end of the war?

I got the opportunity of continuing my education. And I joined the College of Engineering and Technology.

-How did you manage it?

In the beginning it was very much challenging. But I was very much determined. I told myself I have to do it. And I graduated in Electrical Engineering. I would like to thank the family of my uncle.

-Where did you go after graduation?

I was assigned to the Eritrean Telecommunications at the Power Engineering.

-This year’s theme of the 24th Independence Day anniversary is “Development through Resilience” what do you think the secret of our resilience?