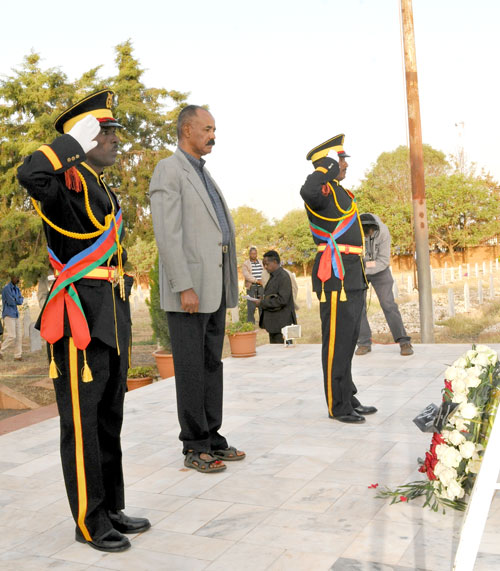 President Isaias stated, in his address on the occasion, that the nation can never truly repay the martyrs who had made the ultimate sacrifice with their precious lives for the freedom and independence of their country.  In the event, our duty is to exert tireless and purposeful endeavours to ensure and consolidate national development and progress and thereby achieve the national vision and ideals they sacrificed for, President Isaias underlined.   We have gone some way to partially fulfill this solemn pledge.  This must spur more inspiration and vigorous efforts. With several development undertakings on the pipeline, the country is progressing on the right track, President Isaias concluded.