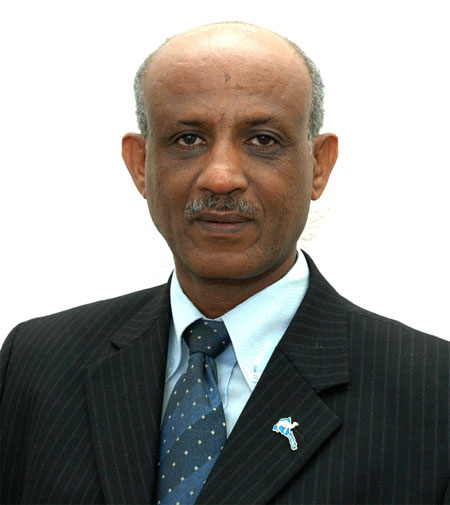 As a continuation of the protracted confrontation against Eritrea, another draft resolution is again tabled by the usual bidders Djibouti and Somalia on behalf of the main known architects…….

29 Session of the HRC

Statement of the Eritrean Delegation on the Draft Resolution on Eritrea

As a continuation of the protracted confrontation against Eritrea, another draft resolution is again tabled by the usual bidders Djibouti and Somalia on behalf of the main known architects. I commend the farsightedness of Cameroon to withdraw its sponsorship of this politicized draft resolution targeting a sisterly African state. My delegation has been aware of the blackmail of deceit made to show that the draft resolution is endorsed as an initiative by the African Group which is totally false. In actual fact, the Group’s opposition on any country specific resolution is principled and remains unchanged.

As part of the continuous hostilities, we are also dismayed to see that the Press Statement of the Ministry of Foreign Affairs has been subjected to forgery. The forgery involved a cut and paste job from an official DPRK document. The act and its spin effect by a lawyer of the HRW and the media attests to the deliberate disinformation and blackmail campaign orchestrated on our nation. While we note the apology made by the Secretariat, my delegation does not consider it a technical error and calls upon the HRC to further investigate the matter and take necessary action on the accomplices.

Eritrea has rejected the politically motivated mechanisms and the prescriptive reports and recommendations of the COI and SR on Eritrea. This draft resolution is only meant to legitimize these unfounded, biased and shunned reports and my delegation thus calls upon members of the Council to oppose the draft resolution.

In essence, the architects and messengers of the draft resolution dream to perpetuate the already failed hostilities aimed to thwart Eritrea’s nation building aspirations, violate its sovereign rights, compromise the independent political stance of the nation and sabotage the promising development achievements of the country. The resilience of the people and government has been ascertained as a reality and neither will Eritrea surrender its sovereign rights nor will it abandon its independent political stance under any name including under the pretence of human rights.

Eritrea is, however, earnestly redoubling its development efforts to achieve a qualitative leap in the next 3-4 years. The mainstreaming of human rights is being strengthened as an integral part of this process and reflects our commitments and efforts to promote human rights and fundamental freedoms. On the other hand, engagement, cooperation and institutional links on human rights has also been consolidated and expanded. Eritrea believes that the draft resolution is a recipe for a sustained confrontation with no dividend to the promotion of human rights.

Let me finally state that Eritrea is grateful for the principled position shown by some members of the Council and reiterates its commitment to work together on all human right issues at bilateral level through partnerships.