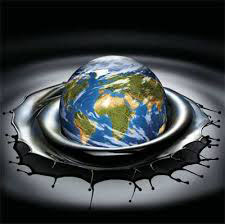 After hovering in the $90-$120 range for almost four years, the price of oil started decreasing in mid-2014 hitting a low of $45 per barrel in January 2015. Oil experts and market commentators attribute this sudden decline to many factors, but mainly lower demand for oil in countries such as China and increased oil production in the US. This spike in US production is due to technological innovation such as fracking, which has enabled the exploitation of oil trapped in shale rock.

Despite this fall in prices, OPEC (Organization of Petrol Exporting Countries) decided in its annual meeting in Geneva earlier in June not to curb its production despite the 40% fall in oil prices since last year.

In an article that appeared in the New York Times on 6 June, Stanley Reed wrote that OPEC under the leadership of Saudi Arabia “see(s) little point in trying to intervene in a market that is trying to find a balance after the influx of large quantities of oil extracted from shale rock in the United States. At least for now, OPEC’s main relevance is as a group of countries that produce about 30 percent of the world’s oil and that control an even greater portion of reserves, rather than as an arbiter of prices, oil executives say.”

However, many commentators who harbor sentiments akin to those of the 1970s and 80s are correlating the market vagaries with political agendas.   Some of these commentators are postulating that the primary target and victim of this oil glut is Russia. With increased hostility, between the west and Russia over the situation in Ukraine, analysts have been predicting since late 2014 that the low oil prices are aimed at destabilizing the Russian economy, and thereby weakening President Vladimir Putin leading to regime change.

Indeed, last year, Michael Reagan, the son of the late US President Ronald Reagan, wrote on the US conservative political online magazine Townhall.com that his father “had got the  Saudis to flood the market with cheap oil” in the 1980s in order to undercut the Soviet Union, whose main source of revenue was oil exports.  Reagan claims that this policy led to the devaluation of the rouble and the USSR’s bankruptcy and eventual collapse.

The veracity of his claims notwithstanding, Michael Reagan did not make his overreaching claims because he was nostalgic. Rather, he was openly suggesting to President Obama the potential of oil in countering what is being perceived in the west as Russian encroachment in East Europe.

What is amazing is that many credible sources show that Saudi oil exports actually decreased (not increased) from around 6.5 million bpd to 3.3 million bpd between 1982 and 1985, gradually returning to the export levels of the early 1980s in the year 1990. A cursory investigation would indicate that the decrease in Saudi output was attributed to low demand in the west in the 80s and the flooding of markets with output from new oilfields in Alaska and the North Sea.

Thus, either President Reagan asked the Saudis to increase oil production in the 80s and they reneged which makes his son’s claims half-truths or the latter was referring to phantom spreadsheets and graphs when he wrote his article last year.

It may well be that oil is being given more than it deserves in terms of political power. Writing in counterpunch.org on June 2, Gilbert Mercier denounced the policy of using oil as a weapon against Russia as “short-sighted and simplistic”.  Going further Mercier wrote that “Putin has been able to ride out the energy-war storm with little damage to his political clout, not only in his own country but also, more importantly, within the alliance of Brazil, Russia, India, China, and South Africa (BRICS).”

On the other hand, some analysts are suggesting that Saudi Arabia is maintaining the high oil output levels despite low prices in a bid to curtail Iranian oil revenues. However, this perspective is narrow at its best.

Currently, Iran is under international sanctions, which are subject to being lifted once an imminent nuclear deal is reached with the great powers.  If an agreement is reached with Iran on its nuclear program Tehran could soon be producing and exporting a great deal more oil.

Iran could probably put 500,000 to 700,000 barrels of oil a day onto the market “in fairly short order,” said David Fyfe, head of research at the Gunvor Group, a commodities trading company based in Geneva. “As we all know, half a million barrels per day is all it takes to turn the market.”

Iranian delegates participating in the OPEC meeting at the beginning of last month said that once sanctions end, they expect to more than double exports to about 2.3 million barrels a day in a matter of months.

In light of this information, suggestions that increased oil output by OPEC and especially Saudi Arabia could harm the Iranian economy are a bit off the mark. Falling oil prices notwithstanding, any increase in Iranian oil output means more revenue and a stronger economy.

In the foreseeable future, oil output is highly unlikely to decrease. This estimation can be attributed to two factors. The first factor is the discovery of huge reserves in countries such as Venezuela and Canada.

Similarly, as development in the Alberta Oil Sands, deep sea drilling in the North Atlantic and the prospects of Arctic Oil continue to grow Canada increasingly grows as a global oil exporter. There are currently three major pipelines under proposal that would ship oil to the pacific, Atlantic and gulf ports.

The second factor is the expansion of fracking activities due to better technology and concomitant lesser costs to the industry, thus making available huge oil deposits in shale rock.

In the New York Times article of June 6, Stanley Reed wrote: “Analysts say the shale boom is likely to be one of a series of market-changing events in the history of the oil industry… And it will put pressure on oil producing countries, perhaps even those in OPEC, to offer better terms.”

Ryan Lance, chairman and chief executive of the US oil major ConocoPhillips was quoted in Reed’s article as saying that the US industry was cutting costs and restoring profit margins to what they had been when prices were at $100 per barrel. An oil well that cost $10 million two years ago costs $7 million today, he said.

To conclude, whatever the commentators and experts say, one thing is certain: increased oil production and lower prices will benefit emerging and developing countries around the world.

A Glimpse into a Traditional Afar Wedding