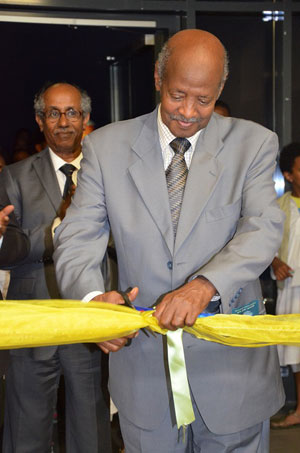 The 19th Festival of Eritrean community members in Germany is in progress.

Foreign Minister Osman Saleh was also present at the opening ceremony, during

which Mr. Hadish Goitom, Chairman of the Festival Committee, and Mr. Tewolde Kahsai, in charge of communal and public affairs at the Eritrean Embassy in Germany, pointed out that the Festival is taking place at a time when the Eritrean people are registering remarkable achievements in the development drive.

They further underscored that current hostile acts against Eritrea in the guise of “human rights” would end up in utter failure on the basis of firm opposition by the Eritrean people and their leadership.