Eritrean Festival in the US 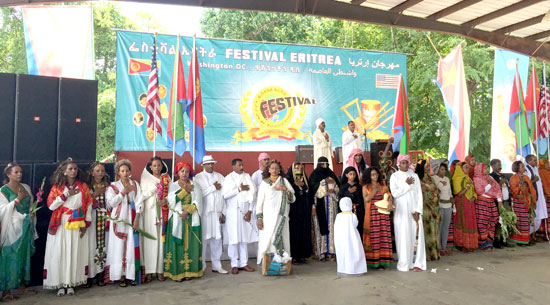 Eritrean nationals residing in Eastern USA held a Festival in Washington DC from 7 to 9 August.

Thousands of individuals from different parts of the country and Europe, as well as Friends of Eritrea took part in the event.

Mr. Berhane Gebrehiwot, Charge d’Affaires at the Eritrean embassy in Washington addressed the participants on current realities in the home country as well as on developments and challenges in the diplomatic field.

Dr. Tadesse Mehari, Chairman of the Higher Education Commission, also addressed the audience as guest of honour.  Dr. Tadesse broadly outlined the economic achievements that the country has registered in the past years with particular focus on its efforts at buttressing its human capital through institutions of tertiary education as well as vocational/technical training