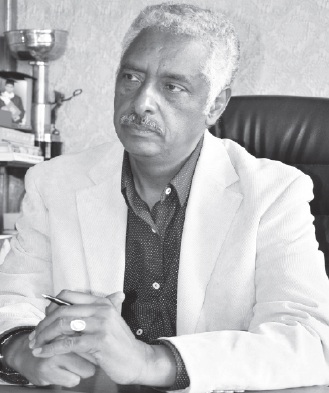 Taking into consideration that the institutions could not be integrated in such a way and this arrangement could not bring satisfactory outcome, the Government of Eritrea, in 2006, established a temporary committee responsible for the coordination of the institutions. In 2010 this committee later became the National Board of Higher Education.

The board finally became Commission of Higher Education. The mandate of the commission comprising nine members from different ministries and private institutions is to coordinate all activities of higher education.

Eritrea’s newly established institutions of higher education have an age of only 10 years. “The institutions we have are so young but their contribution is commendable,” said Prof. Tadese Mehari, Chief Executive Director of commission of Higher Education. Different courses, 55 programs in degree and 43 programs in diploma, which are considered instrumental for the development of this country, have been offered in all institutions of higher education. As of 2008, including this year’s commencements, above 23,000 students graduated with degrees, diplomas as well as masters levels have been making due contribution in different work areas.

Numerous factors have an impact in the provision of quality education. Qualification of students, competence of instructors, effectiveness of facilities of education, and standardized curriculum are among the major ones. According to Prof. Tadese, estimable undertakings have been implemented in this regard.

Has the quality of education and students qualifications been realized as opposed to the broader access?
Prof. Tadese puts his ideas as follows:

We believe the students are qualified. Only qualified students, who scored results for degree and diploma programs in the national matriculation exam, have been joining the institutions of higher education.

Deficit in number of academic stuff is highly prevalent. But, we have been trying to bridge the gap through hiring expatriate instructors. Meeting the demand is among the top most priorities.
The curriculum we have is drafted carefully in collaboration with local partners and with different universities in abroad. So, the curriculum is up to the standards and this in turn helps the quality of education we have been providing to be competitive at a global level.
We, generally, have adequate and fairly effective facilities if not the best. We have been developing relationships of cooperation with local institutions and partner universities from around the world so as to ensure quality of education through drafting effective curriculum.

Reinforcement of relationship with different universities is among the regular activities of
the Commission of Higher Education.
“Our partners have been supporting us by sending instructors, providing us with offers of scholarships and have also been collaborating in sending external examiners so as to take part in the assessment and accreditation activities on the qualification of our students such as in medical education and masters programs,” Said Prof. Tadese.

“Most of the students, who has been sent abroad for scholarships to Europe, Africa, America, and to Asia such as to China, Japan, and India to pursue their academic career, have proven their excellence which is indeed an indication to the quality of education being offered in Eritrea,” said Prof. Tadese.

Deficit in the number of instructors is the major challenge the colleges of higher education have been riddled with. But, strategies have been drawn to bridge the gap through sending junior faculty members to study abroad as part of skill upgrade program.

In line with the skill upgrade efforts, students locally graduated with masters degrees have been deployed as instructors to different institutions of higher education.

Around 70 to 80 students have now been graduated in this program which is contributing to the sufficiency of instructors in nine fields of study. “Provided that the post graduate program is by far extended as much as possible, we would have sufficient number of instructors in all courses,” Prof. Tadese elaborated. “Distance learning is also part and parcel of the efforts being exerted to provide members of different ministries who has not been granted a chance for post graduate studies.
So far, around 120 workers have been attending distance learning courses in three phases and graduation
event for the first batch is expected to be held in a few months.”

How is the relationship being fostered with universities in abroad assessed and what benefits could be obtained through the reinforcement of ties? Prof. Tadese explained in this regard:

The Commission of Higher Education has been giving a number of scholarship offers. Around 500 students, most of them in masters and a few in doctorate programs, are currently pursuing their post graduate education abroad.

In this academic year, for instance, Prof. Tadese indicated that 22 students have been sent to china, while seven are to Thailand, three to India, 12 to Turkey, five to Russia, some to Kenya and to other countries. We are generally making good use of scholarship opportunities and efforts would continue to increase the chances as we believe it will have tremendous impact in the national development undertaking.