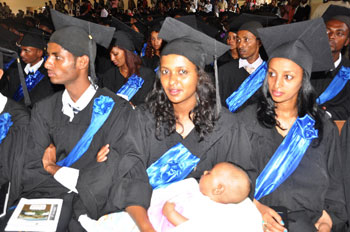 Any success in Eritrea’s educational sector is mainly a result of a sound policy, which gives an easy access to every national willing to get educated and thereby reach a higher realm of excellence provided that a student meets the qualification standards set by the institutions of higher education.

Hence, besides a sound policy,individual efforts of students coupled with guidelines of competent instructors are requisites for current as well as upcoming success stories.

Even if the journey towards better educational excellence is still at its initial stage, what has been accomplished so far is truly encouraging.

It needs to be reiterated that inadequacy in the number of tertiary education instructors has been a challenge. But in hireling expiator instructors is not an easy task. It is unquestionable that the better cultural likeliness exists between an instructor and students, the better share of information would take place.

Hence, instructors from neighboring countries would have a positive impact in smooth transfer of experience.

Recently around 35 Kenyan instructors arrived in Eritrea and are now part of the academic faculty in different institutions of higher education.

“The cultural closeness have driven us to hire Kenyan instructors”, said Professor Tadesse Mehari while he explained about the reason behind employing instructors from the African country.

Indian instructors were dominant in number almost in all institutions of higher education. It is worth noting that besides the efforts being exported to train as much Eritreans, exclusive domination of Eritrean instructors or expatriates from any given nation is not ideal.

Thus, Professor Tadesse shares the idea that making the composition of instructors to be inclusive of multinationals has its own benefit in the exchange of experience.

Reinforcement of post-graduate educational programs, which started at local level in Hamelmalo Agricultural College and Eritrea Institute of Technology (EIT), are expected to be expanded to other colleges.

In regards to professionals from the Eritrean Diaspora, Professor Tadesse explained the commendable progress in the last three years, which is another strategy aiming at strengthening the faculties of higher education.

Eritrean Commission for Higher Education is very aware of the need to enhance the competences and education of junior faculty members serving in different institutions while also not overlooking the need in granting scholarship offers to those working in different Government bodies.

Most importantly, making wise department choice on the part of an individual student is very decisive in the overall success of an educational career.

What is the opinion of Professor  Tadesse concerning the balance between availability of vacancies and that of a student’s individual choice of study? Professor Tadesse puts his remark as follows:

“Orientation is given about the colleges of higher education. Earlier this was not the case. Students used to join institutions of tertiary education without having a slightest clue.

Whereas now, there is a major improvement and students are aware of the colleges and what is expected of them. Accordingly, a one-year common course is offered.

This is by far implemented based on the availability of vacancies in which students are required to fill a form as first, second and third choice.”

It is quite important to note that every student has an equal opportunity in choosing his/her field of study he/she wants to join based on the mark obtained. Conversely, students with higher excellence are more likely to join a department of their first choice due to limited availability of vacancies.

Most of the time, Professor Tadesse said, about 85 to 90 percent of students join the program they are willing to study.