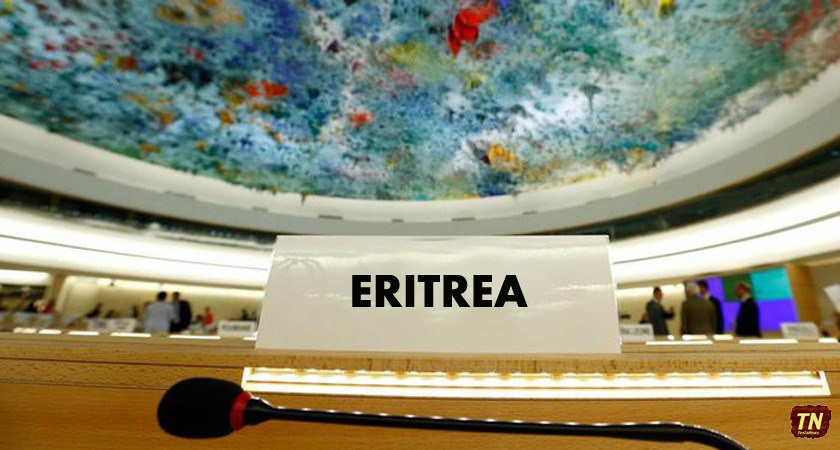 What triggered this article is the decision by the UN Security Council (UNSC) to maintain the sanction against Eritrea imposed in 2009 alleging Eritrea’s support of al-Shabaab in Somalia and the 2008 Djibouti-Eritrea disputes in the context of their implication to regional and international peace and security.

What puzzles me more than anything else though is the continuing bickering about the issue after the Somalia Eritrea Monitoring Group concluded that “it has found no evidence of Eritrean support to al- Shaba’ab” in Somalia and that the disputes between Eritrea and Djibouti, after the Presidents of the two countries entrusted the State of Qatar to mediate their disputes. In my opinion, this is bitter pill for the big powers in general and the United States of America to swallow.

The recent attempt to link Eritrea with the Saudi and Yemen conflict is clear indication of the malicious intent of the big powers to perpetual the sanction in favor of the favorite nations, Ethiopia and Djibouti. With this hindsight, I like to direct three important rhetorical questions to the United States of America, UN Human Right Council, hereafter referred to as UNHRC and last but least any means, all people of conscience. I stress that the question is directed to people of conscience – not nations as nations have no conscience but self-interest.

Does the United States remember the financial stress it had to bear soon after independence?

The US may want to suppress it as if nothing of that sort happened. However, it is well-documented that financial assistance and loan were hard to get, not only for the purpose of conducting the armed struggle effectively, but also to run the young and shaky government. Constant threat on its ships by the mighty British navy, and attack by pirates, in the high seas, if at all they made it safe that far, dictated payment of tribute to the Barbary States of North Africa – Algiers, Tripoli, Tunis and Morocco to insure protection of its trade ships in the Mediterranean Sea from “Barbary pirates.” Luckily though, France was sympathetic with its cause – although for selfish reason. In fact, the military assistance France provided, in accordance with the Treaty of Paris of 1778, tilted the war in US favor as is evidenced by the Battle of Yorktown, VA in 1781, when allied American and French forces led by Washington and Rochambeau defeated the British army of General Cornwallis and took him prisoner.

On the other hand, France, as an ally, took advantage of the US’s demand for supplies for the American army resulting in a huge debt of $25 million by 1788. Indeed, Spain praised the struggle and tenacity of the American people without formally recognizing the American independence. The Netherlands, which was the first nation to recognize the American independence, although after five years of waiting, was strongly courted for help by the Unites States under the leadership of Adams. As a result, some wealthy merchants and bankers, especially in the province of Holland were willing to extend loans. However, the government at The Hague was reluctant to endorse these loans for fear of British attack on their country, and also upsetting British banks to which Dutch banks were heavily indebted. The real financial assistance from the Dutch did not come until 1982 when a syndicate of three Amsterdam banking houses loaned the United States $2 million, far less than the $10 million requested by the Continental Congress. Regardless, “It was money desperately needed at home and a foundation for American credit in Europe.” (John McCullough: John Adams, Simon & Schuster, New York, 2001). What a record and a turn of event! Foundation for American credit in Europe!

Does the UNHRC subscribe to finding lasting solution to human right problems in the Horn of Africa?

Personally, I do not think so. Recently, UNHRC mandated a team, “Commission of Inquiry on Eritrea” to assess the human right violation in the country. Based on data obtained from 500 refugees in Ethiopia and Djibouti, it bluntly labeled Eritrea as a land with “no rule of law”.

The flaw of this report starts with the sample frame which consists of a pocket of refugees or migrants only. What a joke! What type of response does the UNHRC expect from these allegedly disenchanted Eritreans desperately seeking asylum? I believe also that the questions presented to these refugees were suggestive questions with the motive getting answers incriminating Eritrea of being inhuman. If UNHRC is really concerned about the flow of Eritreans to neighboring countries and beyond, it would be logical to find, with good intention by investigating the root cause of the problem and use the result of its investigation to finding lasting solution to the problem of human tracking of refugees and migrants.

A thoughtful approach envisioned Mr. Antonio Guterres, Chief of the UN High Commissioner for Refugees, UNHCR states “more than anything else is to be able to understand and address the root causes of displacement.”

All indications are that the UNHRC, as a subsidiary of the General Assembly knows the root cause of the problem, but is determined to deliberately ignore leading to lengthy “military” service of Eritreans under constant threat of war from Ethiopia.

UNHRC is well aware of what the Algiers Agreement of December 12, 2000, signed by the presidents of Eritrea and Ethiopia entails including, generally speaking, accepting and cooperating in the implementation of whatever conclusion the “The Ethiopian-Eritrean Border Commission” (EEBC) mandated by the International Court of Justice in The Hague reaches.

The UNHRC is well aware of the subsequent “fair” and “binding” ruling of the Court in 2002 awarding Eritrea, Badme, the flashpoint of the border war and swapping territories between the two nations along the border. Last but not least by any means, I have strong belief that UNHRC is well aware Ethiopia’s immediate acceptance of the ruling of the Court only to rescind its immediate acceptance giving excuses to play a game of “no peace no war” as implied by John Bolton, Ambassador to the United Nations, in his accusation of Jendayi Frazer, the Assistant Secretary for African Affairs of setting back his plans to end the U.N. Mission in Eritrea-Ethiopia that monitored and acted as an interposition force along the disputed border between Ethiopia and Eritrea by unilaterally deciding that the 2002 decision of the Ethiopian-Eritrean Boundary Commission be cast aside to favor Ethiopia’s position. (John Bolton, Surrender is Not an Option: Defending America at the United Nations and Abroad, New York: Simon & Schuster, 2007, p. 347.)

My questions to people of conscience or ethics or integrity or morality, call it whatever you want, how do you feel when legality is ignored and fairness metaphorically is ambushed and buried?
I, for one, is devastated and lamenting, of the many lives lost in the desert, drown in seas, and even about those who made it to the end but living under miserable conditions away from loved ones. Even worse, if I were one of the members in these entities, I would have many sleepless nights reminiscing the illegal actions I took part in, and fairness that I ignored in reaching decision to condemn a nation unjustifiably.

My humble suggestion to members of UN institutions involved in recommending political action on issues of international implication is to ask themselves these question: (1) Is the action that I am about to vote on legal? (2) Is it fair? (3) Can I live with clear conscience after action is taken? If you adhere to legality and fairness, rest assured that you will find a peace mind.

NUEYS Conference on the right of the child