A city in the Clouds 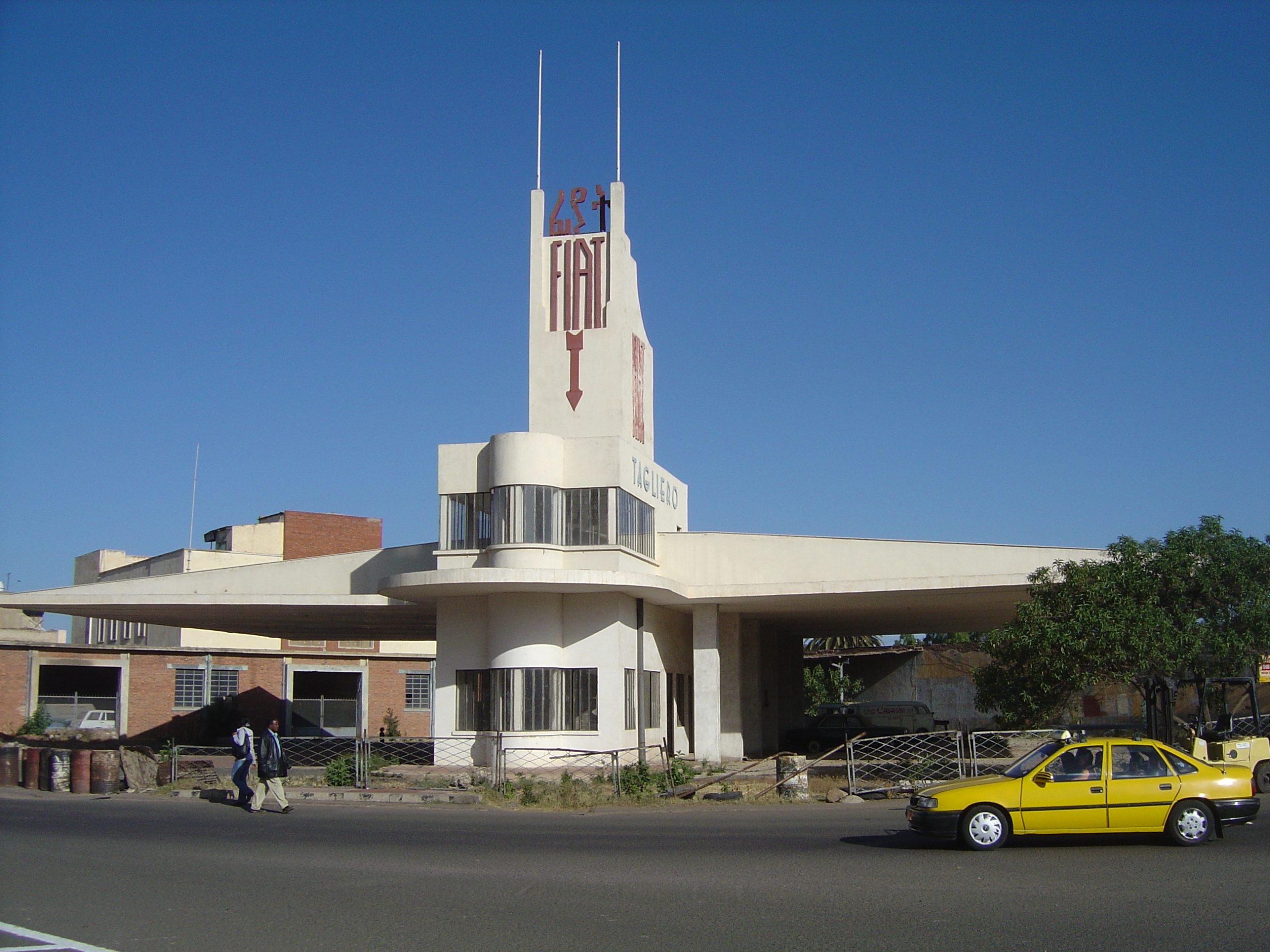 The mist that had covered the city about a week ago was quite a scene. This was neither Florence, Paris, New York, Barcelona nor was it London, Rome or Venice. This was Asmara.
Asmara is the capital city of Eritrea, a country found in the horn of Africa. Asmara simply means beautiful. It was designed in the 1930s by the best Italian architects during Mussolini’s push to dominate Africa. It’s a wonderful mix of pan tile roofs, and palm trees. It appears as if southern Italian culture has been transplanted in Africa.

However, so much has been said about Eritrea over the last sixteen years, that most of us have forgotten the little beautiful things that the country has to offer. Tarnishing views dissipated by the western countries simply ruined Eritrea’s image. It has even been compared to North Korea. The North Korea that basically brainwashes its population in believing that its leaders are the sole creators of life itself. A country which simply threatens to destroy the entire world with its nuclear weapons. Now when I see Eritrea being compared to that of North Korea, I can only say that it is all nonsense.

Here is how I see Eritrea and most of all Asmara.

It is unquestionably the most beautiful African capital city. It’s truly pleasant to stroll around on foot, with wide sidewalks, towering palm trees, and minimal traffic. The streets are immaculate; street sweepers descend upon the city every morning at 5am and attack the litter. Cafés dot the sidewalks.

The gelato rivals that of Rome, cappuccino is considered a national addiction and pastry that any bakery in Florence would be proud of. The national cuisines are exquisite, but Italian dishes almost outnumber Eritrean ones. Immaculately preserved cathedrals and mosques line the main squares. Christian and Moslem houses of worship stand in close proximity. The population is split between the two religions, but no one can tell a person’s religion unless they ask. Everyone attends each other’s weddings or celebrations, eat and dance together regardless of their religion beliefs.

In most of African big cities, you would expect people to crowd and hassle a foreigner at each corner he turns, but in Asmara People don’t bother you, they are merely friendly and gently welcoming. So you are free to roam up streets filled with Modern buildings painted in soft peach, blue and cream colors.

Asmara’s most famous buildings are – the Fiat Tagliero – now fully restored. Built as a garage in 1938 by architect Giuseppe Pettazzi. The Tagliero once pumped petrol in the most dramatic of settings: beneath two vast concrete wings, each nearly 30 metres (96ft) long, jutting out from the garage’s central building. Legend has it that at the time no one believed they would stay up unsupported; Pettazzi put removable pillars under the wings and then used a gun to force one of his workers to knock them away. The wings stood still, and are still standing on a building that looks more like a fighter plane than a petrol station. Visit the Tagliero at six in the evening as it turns a golden color against the deep blue evening sky and, possibly for the only time in your life, a garage will leave you breathless.

Cinema Impero, a rather extraordinary cinema hall on Harnet Avenue. It is painted in a rich earthy red; the front is decorated with what looks like huge wireless buttons. In the 1930s, cinema goers must have felt they were not only entering a palace of entertainment, but an actual entertainment machine.

Asmarinos have not just inherited architecture from their former colonial power; but they have taken Italian bar life to their hearts as well. A great place to experience this is the Bar Crispi. Named after Francesco Crispi, the Italian Foreign Minister in charge of the original colony of Eritrea. It’s not much from the outside, but inside, once your eyes have adjusted to the drawn-curtained darkness, you discover one of the most intact Modern interiors in the city. A rounded chrome top bar serves cold, Asmara beer (once brewed by Italian beer magnate, Signor Melotti), more incendiary or Asmara gin. Nonchalant locals sit on chairs made with a simple flexible loop of steel that would not look out of place in the Design Museum.
For less of a speakeasy experience, head back into town to the Bar Vittoria, reputedly Asmara’s oldest bar. Here the elderly gentlemen of the city gather for an evening coffee or vermouth.

The youth simply hang out at Bar Royal, Asmara Sweet café & other modern cafe’s and indulge the best morning drinks of Macchiato, while the guys have a go at each other’s football teams they support. And the girls entertain each other with the simplest of girl talks.
After an aperitif, you could join the passeggiata, when Asmarinos promenade up and down Harnet Avenue. It’s a time to marvel at the sheer incongruity of this relaxed Mediterranean custom in the middle of Africa, and try not to stare at so many beautiful women gathered in one place – most wearing the latest European fashions. You have beautiful ladies, who are feast to your eyes, around the Cathedral Road. What is really true about the ladies of Asmara is that they attract any body regardless of their age group. Thus, the ladies who walk in the main streets of Asmara are perfect matches to mingle with scenery that is worth watching. If someone is lucky enough, he would not hesitate to have an Asmarino lady to be his lifetime partner.

Security wise, crime in basic terms, is very minimal and seldom. A certain Robert Kaplan once wrote in The Atlantic’ “Security, which consumes the Western diplomatic and aid communities in Sana’a (and everywhere else in the Middle East), is barely an issue in Asmara, Eritrea’s capital. Despite its tattered storefronts, Asmara not only is one of the cleanest capital cities in Africa but also may be the only capital south of the Sahara where one can leave the car doors unlocked or prowl the back streets at all hours without fear of being robbed, even though the police are barely in evidence.

Eritrea is in no way to be compared to North Korea, those who might have, would be put to shame upon their visit to Eritrea, that much I am sure about. The world through its demeanor manners have turned a blind eyed at the tarnishing images that are inflicted over Eritrea by the Western media but that hasn’t hampered Eritrea and its capital City Asmara still retaining its Rome like stature and magnificence.