‘Mistir Armageddon,’ and the Lens of Translational Works 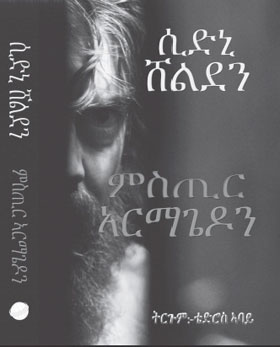 Ancient old manuscripts from the Monastery of Saint Merkerewos -in Eritrea, similarly to the long-perceived belief of the ancient Greeks, assert that the human world is made of fire, air, water and earth. In one of the ‘Tirguame Wengel’ translational works of this monastery which was written in 1628, we see that ‘youth’ is being referred to as ‘fire of a society who always struggle to interpret signs, remarks and secrets.’

In Sidney Sheldon translation of ‘The Doomsday Conspiracy’ to Tigrigna, which joined the Eritrean readerships shelves on 28-11-2015, the concern of the literati embers heightened to know the secrets that triggered to the translation of this book.

The book is a narration of complicated paths to locate tourists who believed they had seen a wrecked shuffle and the presence of aliens in it; the main character of the book, Robert Bellamy, travels with great attention.

The desire of the world to know about aliens got high in 1945 when related reports started appearing in the Media relentlessly. And in that year, Asmara was reportedly nominated along with Yalta and Tehran as a conference venue to be attended by President Franklin Roosevelt of USA, Prime Winston Churchill of Britain, and Premier Joseph Stalin of the USSR. Therefore, Asmara was part of the links for attracting the concerns of that time leaders who represented to countries of ‘undisclosed secrets of various domains.’

In the translation of Tedros Abay, a 29 year old a student at the School of Medicine of Orota in Asmara, the characters are too far from the proximity of the majority Eritrean lifestyles yard. Relentless conspiracies, day and night missions to exploit the openness of cultural styles of individuals, creating reasons to justify your missions as blessed and public-concerns… have reserved their pages in this book which is translated as ‘Mistir Armageddon.’

Other important lesson that may be derivable from this book is the sophisticated nature of human personalities. Nowadays criminals are getting the right hand of being very challenging to security forces and secret agencies. Hence, if members of the governmental security institutions fail in recruiting very flexible, technology-equipped members and officers, at last, crime and criminals could let the society damaged. Thus, as we can read in this book ‘Mistir Armageddon,’ there are many ‘Robert Bellamy’ at this juncture time who have been shifting the art and culture of unlocking societies secrets. And such concerns seem to be growing at global level.

individual will and the society’s responsibilities at national and international level. In article 29, the Universal Human Rights Declaration states that the act of individual’s shouldn’t confront with interests of the public. Then, was Robert Bellamy imprisoned for illegal acts of abusing freedom of remain secretive of the individual’s upon whom he was spying, then, what could have been the respond of the other quarters? For sure, no matter of his intelligence, educational status, economic role, celebrity honors and other prestige, no one individual is greater than the justice of law. Thus, as Robert Bellamy in the book wanders from here to there to unlock individuals’ secrets, the general public has also inviolable rights to protect the sources of his own secrets confidentially.

In ‘Mistir Armageddon,’ for Robert Bellamy, all the tourists from every-country had the same importance and significances to his own mission. And by this yard, it is now better to acknowledge that every society has the duty of developing the art of keeping his own secrets and continuing the culture of living the worth life interestingly.

As to Robert Bellamy, Mohammed Ali also authenticated that “rivers, ponds, and streams have different names but they all contain water.” Thus, whether this individual is from inside or outside the country, either he is from Far East Asia or areas of Antarctica, every citizen has an important role to the country in which he is living. And subsequently, he is equally mandated to be adherent of the host country’s measurements of security and stability.

Indeed, literary accounts of post-independent Eritrea mentions ‘Sophia,’ a translation of the ‘Sophie’s World’ atop of the remained books for its series and interesting contents, while ‘Jeff Eyu Simey,’ a moderate translational book from ‘Jeff is My Name,’ has also been honored for its coherence and narration. And now, ‘Mistir Armageddon’ has joined Eritrean readership shelves being the first book concerning to aliens. And with rarely happened typos, this book, in addition to its original power of attracting flow, opens another window of literary world.

I take a quote from a poetry book entitled ‘Dihiri Maetso,’: “storms over me, storms below me, and I stand in the center, and I AM the center” Thus, the main character in ‘Mistir Armageddon’ is thrown into restless storms of challenges, including cutting clear lines between the centers of rumors and facts, between circles of events and intentional acts, and over that, differentiating load of information from the factual analyses.

This is crucial to us. Social Media Networks are adding listless information within minutes. And resulted from this, marking the clear border from which we have to ensure the right from the wrong, and the acts from the lines of dreams, have been necessary. Hence, in this field where individuals’ social networks are obsessed with art of ‘copying’ and ‘pasting’ without putting detailed analyses, it is time to cultivate the art of inquiring as Robert Bellamy has clearly portrayed in his mission.

In addition to this, in a short Tigrigna story ‘100 Nakfa’ a book entitled ‘Klte Alem,’ there is a character who echoes that ‘ as the resemblances of unity and liberty are indifferent to me, I can’t detect which one is the other’ Of course, that is the fact. Unified arms have the only right power to bring liberty from the hands of the culprits who would never know the source of our struggling secrets. Maya Angelou told us that she ‘knows why the caged birds sing.’ Indeed, the secret is not far. Even the caged birds have the right space within the yards of their nest. Unfold the thirty years of the revolution for Eritrea’s independence and you will have this testimony.

And at last, a translator serves as a bridge trough which two cultures travel through. And this young man whom translated Sidney Sheldon’s ‘The Doomsday Conspiracy’ has taken the role is to be praised for the work he did and has been well received.