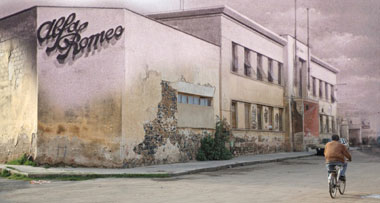 “Culture may be said to be the whole complex of distinctive spiritual, material, intellectual and emotional features that characterize a society or a social group. It includes not only the arts and letters, but also modes of life, the fundamental rights of the human being, value systems, tradition and belief…. It is through culture that man expresses himself, becomes aware of himself, recognizes his incompleteness, questions his own achievements, seeks untiringly for new meanings and creates works through which he transcends his limitations”(UNESCO).

In 2003, the United Nations Educational, Scientific and Cultural Organization or UNESCO adopted the Convention for the Safeguarding of the Intangible Cultural Heritage Treaty. At that time, the international community recognized the need to raise awareness about cultural manifestations and expressions that until then had no legal or programmatic framework to protect them.

Along with other international instruments which protect cultural heritage – such as the Convention concerning the Protection of World Cultural and Natural Heritage – the 2003 Convention aims at safeguarding the uses, representations, expressions, knowledge and techniques that communities, groups and, in some cases, individuals, recognize as an integral part of their cultural heritage. This intangible heritage is found in forms of oral traditions, performing arts, social practices, rituals, festive events, knowledge and practices concerning nature and the universe, and traditional craftsmanship knowledge and techniques.
In May of 2015, the Ministry of Education organized a two-day “Stakeholders Workshop Meeting on Eritrean Cultural and Natural Heritages Legislation” in collaboration with Asmara Heritage Project and UNESCO. The workshop aimed at putting into law the protection of national cultural heritage by coming into a common agreement and finalizes the drafted legislation. Discussion and remarks enabled stakeholders to create a comprehensive proclamation of Eritrea’s cultural heritage with particular focus on the handling of reparation and expatriation of cultural items and the entitlement to the ownership of cultural heritages.

Further, the legislation put step forward the accession of Eritrea into UNESCO’s world heritage by incorporating tangible and intangible heritages as well as natural heritages. The 2003 Convention was not initially accepted by Eritrea but since 2005 the Government of Eritrea and the Ministry of Education worked relentlessly with UNESCO on the ratification of the Convention.
This Thursday, the 28th of 2016 under the ratified legislation of 2015 aforementioned, finally saw the implementation of this convention for the safeguarding of intangible cultural heritage in Eritrea. On this special occasion, an event was organized at Embasoira Hotel, in Asmara, in which stakeholders as well as invited guests, artists and intellectuals took part.

Eritrea is embarking towards the implementation of the Convention for the safeguarding of intangible cultural heritage and has been making substantial effort to proclaim the legislation ratified in May 2015, affirmed the Minister of Education, Mr. Semere Russom. He further noted that the project was over seen by focal persons and was dictated by instruments.

Mr. Semere Russom also emphasized on the ever strengthening relationship between Eritrea and UNESCO and took the event as a chance to announce Asmara’s candidacy to the World Heritage Protection List on February 1st 2016 in Paris, France. He stated the task had involved national and international experts and had taken two years to finalize the proper research.
Honorable guest of the event, the Director of UNESCO Regional Office for Eastern Africa, Mr. Mohamed Djelid noted that he was honored to be in Eritrea and was impressed with Asmara and called it “A Modernist City”, and added he was quite optimistic on Asmara’s’ candidature for world heritage protection list and promised to be back to Eritrea to celebrate Asmara’s acceptance to the UNESCO World Heritage List.

Eritrea has fulfilled three of the six culture convention criteria and efforts shown in the conservation of its intangible and tangible cultural heritages have been exemplary. UNESCO will indeed support this relentless work shown by the Government of Eritrea and its people. This will not only encourage Eritrea to protect its culture but also provide a solid foundation for building heritage.
Eritrea encompasses a rich and vast intangible heritage and to properly manage this implementation of safeguarding this heritage; stakeholders will be trained and necessary equipment will be provided by UNESCO, a further proof of growing relationships between Eritrea and UNESCO.

Without culture, a society ceases to exist; safeguarding cultural heritage means building a future for children and the nation and Eritrea seems to be doing well so far and advised that sustainability was critical.
Director Djelid finally acknowledged and appreciated Norway’s financial contributions to the projects and was thankful to Mr. Solomon and his team’s persistent effort in supervising the project.

The event which was attended by many prominent figures, scholars, musicians and covered by different department of the media raging from Dimsti Hafash Radio station, Eri-TV to Hadas Eritra & Eritrean Profile; was commemorated with different programs which depicted Eritrea’s rich cultural heritage, traditional programs such as Eritrea’s famous coffee ceremony prepared by two women dressed in traditional Tigrigna and Tigre clothes, different dance rituals were performed with at most zeal and fervor by the Bilen, Hidarb, Tigre, Tigrigna, Afar, Saho and Kunama ethnic groups complemented by the Sbrit cultural troupe dressed in traditional clothes while playing traditional instruments.

A small exhibition displayed the art of traditional craftsmanship, Mesob, and traditional makings and techniques of pots. The event also witnessed colorful acts of poem reading including Oral Poetry, Awsieta and Massie that were specifically intended for the promotion of the event. As an Eritrean, to witness our cultural heritage in person and being enacted in that way; it was a proud moment to see the distinguished guests reacting to the dance rituals performed to the effect of singing along with them and applauding each performance in the way they did, shows how honored we are to actually get a chance to share such a rich cultural heritage.

Perhaps the most colorful moment of the occasion was when the Honorable representative of UNESCO went on stage and danced with Minister Semere Russom and Solomon Fissehaye to a tune of Emblata, a traditional Eritrean flute, which further added cultural glamour to an already culture-proved event.

At the end of the event, Mr. Mohamed presented to the Cultural Affairs of Bureau the necessary equipment needed to facilitate the start of safeguarding Eritrea’s intangible cultural heritage, while on the other hand Minister of Ministry of Education Mr. Semere Russom presented the country’s appreciation by handing him a traditional token.

Eritrea’s Implementation of the Convention for the Safeguarding of the Intangible Cultural Heritage is just a stepping stone to preserving Eritreans’ rich and famous cultural heritage. The obstacle and challenges are not yet overcome; this is not just the Governments task but the responsibility of all citizens. Perhaps that was what Mr. Djelid could have meant when he implied “Culture is not just something of the past, I will encourage to promote cultural heritage to younger generation.”

“I knew about enjera 14 years before my posting to Eritrea”