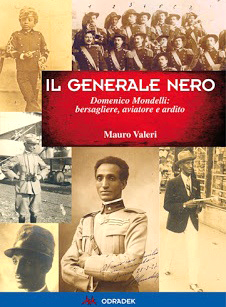 The history of Eritrea (ancient and modern) and its people (inside and within the diaspora) never cease to fascinate and amaze me. Without exaggeration, I can confidently say that the more I do research on the aforementioned, the more I realize that I know so little. Mind you, it is not because I just started, but the sheer volume and depth of the research to be done (and yet to be discovered) is so vast, it is scarcely touched.

Six months ago, I started working on a fascinating story that I first heard from an Eritrean family. Since the research is still ongoing, I will write more on this in due time. While looking for a cross reference for the above story, a friend who I appreciate alerted me to another incredible story.

The timing could not have come at a better moment for two reasons. First, in the story that I am working on, in the absence of documentation, the rough time reference given to me by the family was a challenge, therefore, the following story makes the time reference a possibility, which is not totally off. Second, it was only last week that I watched the screening of “Blaxpoitalian: 100 Years of Blackness in the Italian Cinema” by Fred Kudjo Kuwornu at Stanford University. Eritrean actresses Zewdi Araia and Ines Pellegrini are briefly featured in the not yet released movie. It is a documentary about the black image in Italian cinema. In other words, racism on Italian reel, hence a perfect segue to the following real story (also a victim of racism).

According to Professor Valeri, Domenico Mondelli (born Osvaldo Selassie) was born in Eritrea in 1886 and came to Italy with Lt. Colonel Attilo Mondello in 1891. Domenico came to Italy when he was 5 years old and only one year after Eritrea officially became Italy’s “primo genita”. Domenico grew up in Italy and later became an aviator and a soldier. He fought in World War I and in Libya.

As noted in a recent article by Gazzetta de Parma, Domenico Mondelli (during that time) had received two silver medals and two bronze medals, won by fighting as an airman, soldier and commander of assault troops, and eventually rose to the rank of lieutenant colonel. Only after the end of World War II did he manage to reach the rank of General of the Army Corps (with the rise and for the duration of fascism, Domenico Mondelli was discriminated against. The image of a black officer commanding white troops was just too much for fascism).

(Note: Domenico Mondelli was the first black aviator in Italy. My great uncle had his pilot’s license in 1928, a little more than 10 years later).

Finally, the Gazzetta informed its readers that Professor Mauro Valeri had presented his book to the public at the Governor’s Palace of Parma and that the extraordinary story of Domenico Mondelli was reconstructed through the examination of the original documents thanks to two grandchildren who have recovered several news items about him.

Kudos to Professor Valeri, the librarians at Parma and Domenico Mondelli’s grandchildren for letting the world know about this extraordinary story of human resilience.

Check out the video link on General Domenico Mondelli (and the website of Blaxpoitalian) at the end of this article. The still shots are from the video from TG Parma.

The Importance of Music, Arts, and Culture: A Dispatch from the College of Arts and Social Sciences (CASS)