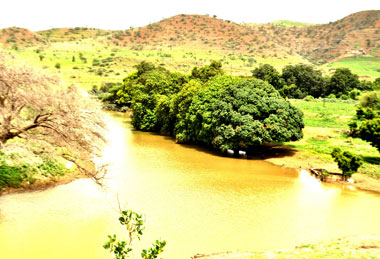 According to the World Bank (WB), climate change, which will involve more droughts, floods, heatwaves, and other severe weather conditions, poses a great global threat, particularly to poor, vulnerable, marginalized populations, who are often hardest hit by its effects. Notably, multiple stressors, including the spread of HIV/AIDS, the implications of global economic integration, the privatization of resources, migration, and conflict are closely interrelated with climate change, while climate change has also negatively contributed to numerous health problems such as malnutrition, malaria, meningitis, and dengue fever (Fields 2005; UNICEF 2015; World Bank n.d.).

Potentially, climate change may lead to considerable crop yield losses, especially within Sub-Saharan Africa; for example, according to the UN’s Intergovernmental Panel on Climate Change (IPCC), yields for maize in Zimbabwe and South Africa could decrease by more than 30% by 2050. Quite problematically, crop yield losses associated with climate change may cause food prices to dramatically spike, thus leading to greater malnutrition and stunting, particularly within poorer households.

Furthermore, warmer temperatures associated with climate change will increase water scarcity, exacerbating existent health and development challenges. For example, it is estimated that approximately 2,000 children under the age of five die every single day from diarrheal diseases. Frustratingly, the vast majority of these deaths are relatively easily preventable, often being closely connected to problems with and inadequate access to water, sanitation, and hygiene. As well, illnesses and diseases arising from a lack of water and sanitation also lead to considerable losses in productivity, burden individuals, families, communities, and healthcare systems with massive costs, and ultimately stunt national economies.

A fundamental way to deal with the variegated impacts of a changing climate is adaptation, which involves taking practical actions to manage risks from climate impacts, protect individuals and communities, and strengthen the resilience of the economy. Targeted climate adaptation measures include, amongst others, constructing protective infrastructure to deal with flooding, developing disaster preparedness mechanisms, and promoting a range of climate-resilient technologies for enhanced agricultural and livestock production.For Eritrea, a low-income, developing country located within the arid and semi-arid Sahelian region and characterized by harsh, challenging conditions, adaptation and managing the impacts of climate change are vital. The majority of the country’s population resides within rural and semi-rural areas, predominantly relying on crop cultivation and animal husbandry for income, while water scarcity is a leading national concern.

Current projected climate change impacts for Eritrea are significant, including: a temperature increase of above 4 degrees Celsius by 2050 (above the average global value); an increasing variability in rainfall and a substantial reduction in precious sources of water such as boreholes and run-off (i.e. excess water from rain or other sources flowing over land); more frequent dry spells and more severe droughts; and decreased soil moisture.

Ultimately, these climate change impacts will considerably affect the country’s water resources and agricultural sector, and exacerbate the country’s already formidable development and food security challenges. In recent years, the Eritrean government, along with a variety of international development partners and relevant stakeholders, has sought to counter the devastating impact of climate change by investing in a broad range of initiatives and projects, including: creating small-scale irrigation schemes; building numerous ponds, reservoirs and dams; installing solar panels for water pumps throughout the country; and developing drip, pump and sprinkler irrigation systems. These initiatives have been cost-effective, practical, and pragmatic, and have substantively supported the country’s farmers more efficiently and effectively cultivate agricultural land, ensure their food security, and ultimately earn a secure income.

The months of January and February are dry in Anseba, but one will not help notice an oasis in Fiza village around the banks of River Anseba. Here, the people are busy in their farms, some preparing the farms for planting, others transferring tomato seedlings from the nursery to the farms, while others are weeding and spraying the almost mature crops. The citrus trees are heavy with fruit, while the mango trees are flowering. At the edge of the farms, Holstein Friesian cattle are grazing, while their calves moo in a distance. A young girl is singing as she tends to a clutch of chicks. Everybody seems to be excited and preoccupied about one activity or another.

Two years ago, this place was different. It is one of the areas affected by drought, especially during the dry spells when River Anseba dries off. Many people are agro-pastoralists and move from one place to another in search of pasture and water for their livestock. Experts warned that climate change and variability are creating poverty traps for many rural households, consequently thwarting efforts to build up assets and increase income. As a result the climate change adaptation programme in water and agriculture in Anseba region was envisioned. With the support of UNDP and funding from the Adaptation Fund, the project is currently under implementation by the Ministry of Agriculture, Anseba region.Initially, a baseline survey was conducted in collaboration with Hamelmalo Agriculture College. The survey findings established that the community members were not practising agriculture. They were pastoralists who moved from one place another in search of pastures for their livestock. In many cases people suffered from malnutrition. The project site was chosen for its arable lands and proximity to River Anseba.

According to Ghebremeskel Tewolde, the project coordinator, the community has played a proactive role in the implementation of the project. There are village development committees that are in charge of identifying priorities, organizing and facilitating the project activities.The climate change adaptation interventions include irrigation, breeding dairy cattle and poultry, soil and water conservation, water harvesting, afforestation, introduction of drought tolerant crops and construction of weather stations. The project has also conducted various trainings for agriculture extension workers and the community.At the time of the visit, Saleh Omar, one of the beneficiaries, was transplanting his tomato seedlings. “We are all excited about the project. I am already selling my lemons at the market. My cow gave birth and I milk eight litres in the morning and six litres in the evening. Once the tomatoes are ready, I will make more money”. He said.

The Director General of Anseba region, Mr. Gebreslasie Aradom said that the project interventions are unique and have resulted to admirable progress in Fiza village. “We are referring to it as the UNDP model. I have already asked the technical team to familiarize themselves with the project so that we can replicate it throughout the region.”One of the most innovative aspect of the project is the construction of diversion structures on the seasonal river. During the dry spells, the structures boost water recharge, ensuring constant water supply to the farms.

In two years, the project has yielded commendable results. As part of the integrated agricultural intervention, 50 dairy cows were bought and distributed to the farmers. Some of the cows have given birth and some farmers are milking up to 16 litres of milk per day. They are using cow dung in their farms and are growing vegetables that they sell at the local market. They are also planting Moringa Oleifera trees for nutrition and growing fodder for the cattle.

Though the project has made tremendous strides, it was not without challenges. Construction of the diversion structures on the river was sometimes challenging due to floods. In addition, access to resources and construction materials was delayed. Though the project has set up six weather monitoring stations, the region does not have a meteorological expert. However, the Agriculture department in Anseba has requested to be assigned one by the Ministry of Environment.

To ensure sustainability, the project is helping the farmers to form a savings scheme. This will help the farmers to purchase farming inputs and spare parts for the water harvesting and irrigation system. The project also plans to have networking platform on climate change for all the stakeholders in the country.