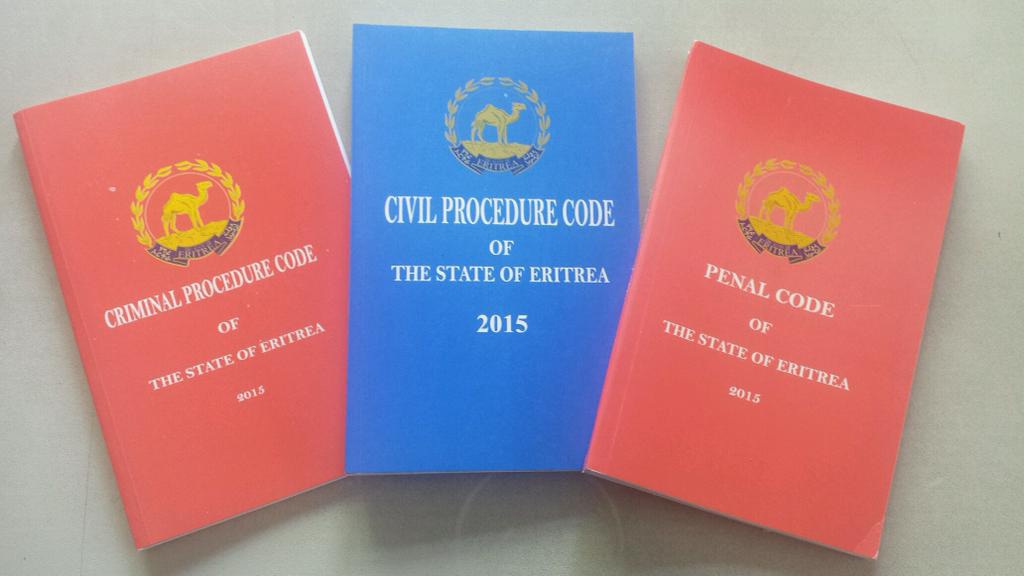 It is imperative for a given community, or communities within a given country, to develop rules and procedures of regulating accepted behavior as well as for settling disputes that arise within the members of the communities. As the socio-economic situations of such communities grow and change in time – and hence more complication of the disputes – it becomes more imperative to make such rules and procedures adoptive of the new growth and change so the values and norms can safely pass from one generation to the succeeding generation. In this pattern, if the various communities existing within a given country have such indigenous rules of behavior, the development of national laws and policies in line with the inherent values of the society can be best served.

Studies indicate that communities of the Eritrean society began to develop consolidated customary laws from as far back as the fourteenth century and that these communities in Eritrea are one of the few people in sub-Saharan Africa – if not the only ones – to have put their customary laws in writing before the twentieth century (Amdemariam, 2011). Regarding content, these customary laws are not only testimonies to the civility that has survived among Eritrean communities but also compendia of material for legal, anthropological, administrative, historical, environmental, human right and dignity as well as social structure studies. It is not to be forgotten, along the lines of our increasing interest in preserving intangible Eritrean heritage, also that that they are rich depositories of our quickly vanishing traditional vocabulary and expressions. The similarities among Eritrean customary laws tend to show that there has been constant interaction between and among the various communities of Eritrean society.

Notably, when a given customary law gets recorded or amended, all the villages where it applied were proportionally represented in the assembly of elders, who would deliberate on the lawmaking/ amendment process. These elders would sit in a quiet, isolated place and debate the law in pious solemnity for long periods of time to reach consensus and return to their community to make all the contents of the law so agreed publicly known. The public would then be notified of any amendments to the law and thus their awareness was raised on individual rights and duties.

These customary legislators honored their customary laws with the further expectation that their descendants would continue to broaden and amend these laws as needed.

The components of the various customary laws indicate the level of detailed regulation of behavior and peaceful social interaction that has kept the Eritrean communities in tact through the course of the unfortunate incident of colonialism that continued for centuries in this country. Carlo Conti Rossini, the famed Italian scholar, noted that the Italians encountered diverse oral and written customary laws governing a law-abiding people (Rossini, 1916). Thus, the Italians allowed the Eritrean society to be governed by its own customary laws except in matters concerning municipal administration and those concerning Italians living in Eritrea.

The British kept up with the Italian tradition and allowed customary law elders to continue amending their customary laws when necessary. Following Ethiopian annexation of Eritrea in November 1962, Emperor Haile Selassie I, with the desire to impose his new Codes (introduced in the late 1950s and early 1960s) on his subjects, abolished all pre-existing laws, customary or otherwise, in areas covered by the new Codes. In the area of civil matters, Article 3347(1) of the Civil Code of Ethiopia 1960 provided: “Unless otherwise expressly provided, all rules whether written or customary previously in force concerning matters provided for in this Code shall be replaced by this Code and are hereby repealed.” The Dergue followed the footsteps of the previous imperial government.

However, customary laws are an integral part and a reflection of the tradition, lifestyle, belief system and civilization of the community where they are applied. Arguably, one cannot, by the stroke of a pen or by adding a paragraph in a new code, repeal these laws. Similarly, it is argued that new laws will only be adhered to in society when the people understand the concepts of the new law and find a way to harmonize the old with the new. Thus, in the words of the anthropologist Prof. Asmarom Legesse, despite such pressure, Eritrean communities continued the exercise of their customary laws and norms ‘underground’. There is, for instance, evidence to show that some customary laws continued to be amended in writing thorough the 1960s and 1970s in the thick of the Ethiopian rule and heavy battles for the independence of Eritrea.

After the independence of Eritrea, efforts have been waged to embody or reflect relevant areas of the customary laws and practices into national laws and policies. The 1994 Land Proclamation, for instance, reflects an effort embody some key components of the customary practices on land allocation and distribution.

The establishment in 2003 of the community courts is also another notable effort to maintain customary mediation or conciliation mechanisms in lieu of adjudication under national laws. More recently, the new Penal Code published in 2015 depicts attempts made to incorporate fitting components of customary laws into the provisions of the Code (Ogubazghi and Andemariam, 2013).
The Civil Code of 2015 has also attempted to reflect, mainly in its family and successions provisions, common elements of Eritrean customary laws after extensive studies conducted on them.

Weekly Update on the Independence Torch

“Graphic Arts are Timely and Accurate”