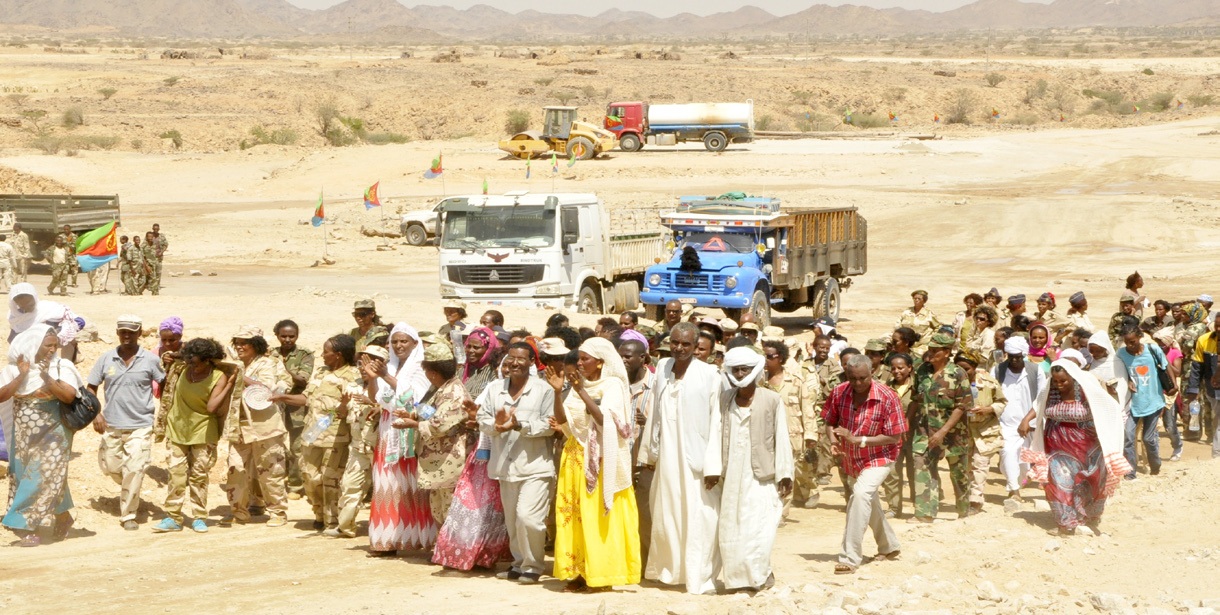 The Association grouping ex-freedom fighters and civil members have carried out inspection tour of the development programs in the Northern Red Sea region.

Asmara, March 19 2016 – The Association grouping ex-freedom fighters and civil members have carried out inspection tour of the development programs in the Northern Red Sea region.

The tour included the martyr’s monument in Ghinda, the development projects in Gahtelay, the free trade zone in Massawa, the cement factory and the like in the port city.

Speaking at a reception organized at the headquarters of the Eritrean Naval Force, the Governor of the Northern Red Sea region, Ms. Tsigereda Woldegiorgis, noted that such visits play due role in acquainting nationals with the pace of development in the country side, in addition to promoting domestic tourism.

On their way the tour participants also visited places in which they demonstrated heroic feat during the armed struggle for independence. On arrival to Kerkebet they were awarded warm welcome by the residents and the members of the EDF.

At the event in which the Minister of Tourism, Ms. Askalu Menkorios and other government officials took part, Col. Gerezgiher Unquai, appreciated the initiative taken by the members of the association.

At the occasion different awards were handed over to individuals who contributed for the development of the association.
The program was highlighted by the cultural performance of the Benifer cultural troupe.