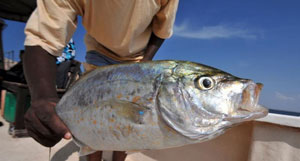 Trudging along the Red Sea shores lets you have an insight to experience various marine- enriches. Artificial mangrove swamps which are created by digging large areas to the depth of one feet below the average sea level are easily foreseeable  from your seat at Dahlak and Red Sea hotels. Mangroves that can grow into five feet tall shrubs are planted on the sides using the seed. According to the research by the Eritrean Center for Strategic Studies, Mangroves are vital for providing nourishment and shelter for large number species of fishes, shrimps and crabs which are fed indirectly from the decomposed leaves of these plants.

Eritrean coasts are well renowned for their beaches with pristine water and shallow bays with woods of Mangroves along the water edges. And, this in turn is a harbinger for having  a   comfort  environment for fish farming. Thus, here in the shallow shores of the Eritrean Red Sea; fishes, crabs, and shrimps live and breed reinforced by plankton,algae, and organisms that grow among the mangrove roots.

Somewhat  in marine territories which are not too far than 500 meters offshore, coral reefs extend for thousand meters & offer shelter to grouper, emperor, and many other species of fish. Water in this area is free of pollutants;  temperature averagely range 24-32 degree centigrade  and   throughout the eight month fish maturation period are  ideal and  hence maximized production.

Further, in Eritrea’s open sea area offshore which is  approximately 121,000  sq.km, out of which the continental shelf covers about 56,000 sq.km, there are about 360 islands with more than 50 meters width. In addition to the magnificent coast lines of the Eritrean Red Sea, the Islands, with their total approximate 1,980 km long coastline and land area of around 1300 sq.km, play undeniable role in depicting marine diversities of the country.

The Dahlak Archipelago  which covers about 25% of the continental shelf has a depths of 35 meters and the geographical location spot of it helps to identify the width of the Eritrean waters which varies from its widest direction (120km) at the latitude of the island. Soon, this depth takes the narrow direction  to the north (15km) and south (30km) of the Archipelago. With these notions and the prevalence of much larger area of coral reefs, sea grasses, and sandy bottoms surrounding it, the islands of the Dahlak archipelago are part of the Eritrean Red Sea endowments.

Sandy deserts and  large  salt marshes, broken by sand wades characterize the Eritrean coastline. Along the shore, there are substantial, long and sandy beaches.

Some  Mangrove stands are located in  north  around Marsa Ibrahim,  in the principal  areas of Massawa, Marsa Fatuma, and to the south around Assab and Barasole, especially in the Islands. The waters of the Red Sea are highly productive, supporting substantial populations of diverse marine species, with around 1,000 known species of fish and 220 different corals.

Thus, the shores of the Eritrean Red Sea are very rich in abundance and diversity of resources. There are numerous commercially   valuable species which, according to  Dr. Zekaria, the Dean of College of Marine Sciences  and Technology, the shores embrace the high value reef fishes, especially snappers and groupers,  concentrated  around the coral reefs and on rocky areas.

A document of the Eritrean Center for Strategic  Studies also affirms the  occurrence of  other various demersal species like  Threadfin bream and lizard fish in the shallow sandy bottom parts. Yet, blessed with marine resources  like crustaceans,including  rock lobsters, crabs and shrimps, people can travel along the Eritrea Red Sea shores for exalting moments thereby to see the small pelagic fish, the sardine and anchovy which are seasonally abundant and close to the shore.

After  navigating to   different directions from Massawa shores, one comes to know the availability of  the  commercially significant fishes categorized  into five groups. The Demersal Pelagic, Ornamental, Crustacean,andCephalopodsspecies are known in the world markets. And based on this classification, the paper by the Eritrean Center for Strategic Studies  confirm the prevalence  of about 104 Demersal, 79 Ornamental, 26 Pelagic, 2 Crustacean,  and 2 ephalopod species both for local and export market utilization.

While this remaining  a fact, as keeping the marine diversity of the country is a vital national priority, the Ministry of  Fisheries has underpinned  by and synchronized with developmental endeavors and already adopted proclamations and  regulations concerning to various fisheries. In addition to the transparently coded regulatory laws for every sub-sector of the fisheries sector, the regulations are clear and plain to  any procedure, ranging from formal request of a license to terminating of an operation.

Among the official documents the government of Eritrea published for shouldering  the responsibilities  of citizens and others in guaranteeing marine prospects of Eritrea in a safe manner are:  the  regulation concerning  the quality and other fishery product No. 105/1998, The Fishery Product Hazard Analysis Critical Control Points (HACCP) Regulations  of the Legal Notice No. 38/1998; Legal Notice No. 42/1998 which specifies  mandates and duties of the Foreign Fishing Vessels Regulations and The Potable Water regulations of Legal Notice No. 39/1998. All of this being the cup from the ocean, the marine diversities in the Red Sea holds far more than the presented fact, and the government with the concerned parties in a constant  endeavor  to guarantee its safety and the whole diversity it acquires.

Birth of a Lake Part I