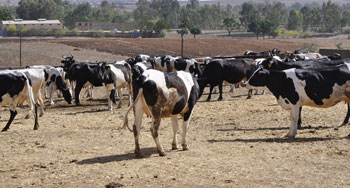 In most Western or developed countries, it’s relatively easy to obtain credit through large banks or money lending institutions. But in the developing world, where many people lack steady employment, credit history or collateral, there’s often no way for legitimate small businesses to receive a loan.

In many ways, microfinance changed all of this. Generally defined as small lending to the rural poor in developing countries, microfinance has made great strides in the latter half of the 20th century. The 2006 Nobel Prize awarded to Dr. Muhammad Yunus, one of the founders of modern microfinance, has helped to push the industry even further into the spotlight.

Formal credit and savings institutions for the poor have also been around for decades, providing customers who were traditionally neglected by commercial banks a way to obtain financial services through cooperatives and development finance institutions.

Micro lending often starts in small villages, where family members and friends get together in money-sharing groups. From region to region, these clubs developed their own names. In West Africa, they were known as “tontines;” in Bolivia, “pasanaku;” and across Mexico and Central America, “tandas”.

Just like Dr. Muhammad Yunus Grameen Bank, Eritrea has got its very own. Mewl in a sense is the equivalent of Bangladesh’s Grameen.

Six years after the independence of Eritrea, in 1996 Mewl was kick started as a pilot project with 1.3 Million in its deposit. The initial purpose of this project was to help interested Diaspora returnees, War Veterans and Women launch their business enterprises, not only this but Mewl was set up in order to help rebuild Eritreans war devastated infrastructure. What had started as a pilot project in 1996, Mewl is in its 20 year continuity going stronger than ever.

Eritrean microfinance is as diverse as the country itself and Eritrean public as well. Arrays of approaches have been used, ranging from traditional group-based systems, to specialized lending by banks. Collective and cooperative support is a critical microfinance strategy at both the local level, in the form of solidarity groups (such as Warsai Yekalo, Development Campaign), and at the national and regional level in the form of networking groups. Collective organization has several advantages in microfinance initiatives, the foremost that they pool together human and material resources. In Eritrea, group organizing has proven itself an effective strategy for SMCP (Mewl) sustainability that Eritreans are especially predisposed.

The SMCP (Mewl) as stated above started to become active in 1996 as part of the Eritrean community development fund (ECDF). The source of funds for SMCP is the government of Eritrea, loans and grants from donors, and operating income. Since 2002, SMCP has been separated from the ECDF to become an autonomous unit operating under the Ministry of Local Government.

The main aim of the SMCP is to provide financial services to the vulnerable groups in both rural and urban areas of the country who have no access to formal banking services. The SMCP has been taking two different approaches with regard to the promotion of microenterprises. First of all, borrowing groups known as Solidarity Groups (SGs) organized in Village Banks (VBs) form the backbone of the program.

The goal of the SMCP is to promote the private sector in Eritrea by encouraging the development and expansion of micro and small enterprises, to assist individuals and groups to increase their income generating ability, and to improve their earnings and the overall prosperity of their communities.

The program has three operational strategies to achieve its objectives. The first strategy is to provide access to saving and credit to individuals who are currently unable to get access to credit from formal banks. The second strategy is to strengthen community representative structures, from village to higher levels, and to involve communities in the development and sustainability of the program. Finally, it tries to establish a legal, regulatory and judicial framework for the microfinance sector of Eritrea so that the SMCP can become an autonomous financial institution that is organizationally and financially sustainable.

The SMCP ( Mewl) is based on the creation of autonomously functioning VBs, which typically serve 35 to 105 members each. The VB is administrated at the village level through a saving and credit unit consisting of three members. The village (Kebabi) administrator acts as a chairperson while the other two are solidarity group members. They are responsible for accounts and record keeping. These VBs create their own by-laws, manage their loan funds, and decide on loan requests. Thus, the SMCP delegates the responsibility of running VBs to these elected members.

Any citizen or group of people (irrespective of gender) that has limited or no access to credit from a formal financial institution may benefit from the SMCP credit, provided they agree to comply with the required terms of credit.

A potential borrower does not have to present co-signers or any physical asset as collateral. However, there are two conditions that serve as a form of collateral. The first condition is that solidarity group members will become eligible for loans only after having successfully accumulated mandatory savings equal to 10 per cent of the amount they want to borrow within a period of three months. The second condition is that the group is jointly liable for repayment of all loans made to group members, and no new loans are provided until all outstanding loans have been paid back.

The organizational formation of this SMCP is done accordingly with the administrative structure of Eritrea. Eritrea is divided into six administrative zones called Zobas, 59 subzones, and 2,606 villages clusters, organized into 701 legally registered administration villages (Kebabis). In 2002, SMCP covered all administrative zones and 49 subzones. In 2002 the program operated in approximately 158 administrative villages, consisting of 519 villages. This is an increase of 2.5 per cent compared to previous year. In the same year the program was organized into 162 VBs, serving 12,416 active clients. This number was 24 per cent higher than in 2001. Total disbursement of funds by the end of the year 2002 was approximately 23 million Nafkas, a 31 per cent increase from 2001.

Group formation for individual and community goal is a pre-existing, “homogeneous” mode of community in Eritrea that already operates in traditional celebration (building a house for free to support a community member) financial schemes (loaning from a friend or family members without charging any interest) is readily adaptable to new microfinance initiatives. The above mentioned groups have proven especially effective in the rural setting, where 75 per cent of Eritrean population reside. The relative isolation, small size, and common resources of villages engenders a mentality and approach to problems that are seen as mutual rather than individual. Mewl can utilize and support groups with regular meeting to reinforce group solidarity, discipline, and consistent repayments. It has been very effective for educating and training microfinance participants, enhancing networking and information dissemination. They are also an important participatory tool that can reduce administrative cost by giving certain responsibilities, such as loan monitoring, to the members themselves. Typically, small group size (village or sub-zone) is more effective to ensure that member genuinely know and trust each other. The support and strength of a groups in every community or villages often raises community consciousness and creates a common infrastructure to solve their own problems which are common to all, pooling local knowledge and resources for initiatives, such as bulk purchasing and transportation, collective bargaining, and common infrastructure development – i.e. water pumps, health care, and education schemes. Groups empower individuals to support each other which are traditional in Eritrean community not just financially, but also emotionally.

The group impresses upon members that they are not alone to be poor or helpless, but can rely upon the support of their community, and cultivate self-esteem through contributing to each other. This nonmaterial benefit has been an important resource, especially during individual or collective crisis.

A microfinance initiative that recognizes and builds upon local knowledge and tradition are more culturally compatible and hence sustainable with the local community and helps to ease the suffering of poor. People feel more familiar and comfortable with concepts that borrow from their own tradition not from the bank; this, in turn, improves SMCP acceptance and outreach. Mewls microfinance approach in Eritrea has been rooted in local culture and also a more participatory because clients are ready to identify with and thus participate in the financial decisions and actions shaping their lives as they know each other. This helps people become more invested in and committed to the sustainability of the microfinance initiatives, assume ownership and responsibility for their development, eliminates poverty and become self-reliant.

SMCP initiatives in Eritrea could offer more than just material benefits; they could also address issues associated with “non-material” poverty, which includes social and psychological effects that prevent people from realizing their potential. Microfinance initiatives individually and collectively empower people (such as Warsai Yekalo project). A steady income, a savings account, training, and the discipline to honor loan repayments usually raise the self-esteem and status of clients, in societies where they are often treated as second-class citizens due to their poverty level. SMCPs often utilize microfinance groups to provide training in financial management, legal rights, business management, as well as other support services.

Mewl participants, especially women, are often empowered to speak out more, assume leadership roles, and address issues beyond their workplace, such as domestic violence. For many women, the group is the first opportunity to meet formally with other women to discuss problems and develop joint action.

SMCP has been considered as a means to poverty eradication, and not an end in itself. Savings services not only provide a valuable financial assistance to low-income Eritreans, but they also strengthen institutional self-sufficiency, membership commitment to microfinance initiatives, and build a sense of discipline, self-esteem, and well being.