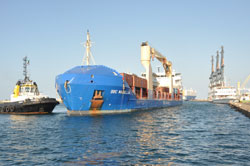 Eritrea is on the verge of turning 25. The Independence Torch is winding its way across the country, attracting large, enthusiastic, boisterous crowds and building up anticipation, while small towns and cities are busily and eagerly preparing for the celebration. For decades, both during the protracted armed struggle and since the country’s unlikely independence, a broad array of analysts, commentators, and observers have inundated us with myopic, inaccurate, bleak, sensationalist, and politically-driven reports, analyses, and condemnations contending that Eritrea: would become (or is) a failed state; is too small or weak to be viable; is on the cusp of demise or implosion (e.g. “it’s going to blow”); is an isolated, hermit kingdom; and is a type of hell on earth.

However, flying in the face of these misplaced assessments and projections, Eritrea remains. And 25 approaches. Eritrea wins, simply because it is. Yes, it crawls. It stumbles. It grasps. It misses. But, it also rises. It progresses. It develops. It moves forward. It lives. It stands.

Independence is much, much more than a quick stroke of a pen upon a formal declaratory document, a simple wave of a flag, or a passionate rendition of a national anthem. It is not an event, but an ongoing, dynamic, fluid process, involving numerous twists and turns, hills and bumps. It is crossing the river by feeling for stones. It is taking firm command of one’s own present and forging a self-developed path towards the future. It is sitting upright at the table, alongside and rightfully, not beside the table, prostrated on the floor, subservient and supplicant, meekly awaiting meager crumbs.

The following article presents a “crash course” on the “A, B, C’s” of Eritrea, detailing some basics about the country, both to clear up misconceptions and provide a small glimpse about the importance of 25. In this second edition, letters N through Z are covered (letters A through M can be found in the last edition of Eritrea Profile).

N – is for Nakfa. The “place of resilience” and the EPLF’s mountain fortress, Nakfa represents a symbol of Eritrean determination and resistance to colonial domination. In 1977, after having seemingly been on the verge of victory, the EPLF strategically retreated to Nakfa due to the massive intervention of the former USSR. At Nakfa, the EPLF built heavy fortifications, including a forty-kilometer-long, labyrinth-like defensive trench in the surrounding mountains. Despite repeated attempts and extensive foreign support, the Ethiopian army was unable to dislodge the Eritreans from Nakfa. Between 1978 and 1981, the Dergue unleashed five large-scale military campaigns against the EPLF, none of which resulted in success.

N – is also for Napalm. Throughout the long struggle, massive amounts of napalm were dropped by the Ethiopian Air Force across Eritrea, burning numerous people or leaving others behind only as charred remains.

N – is also for Night. During the independence struggle, much of the liberation movement’s activities took place at night. Why? In order to avoid the deadly military jets which ominously hovered overhead during the day. Visiting Eritrea in the 1980s while then employed with a relief organization, George Galloway, British politician and global rights activist, observed how Ethiopian jet fighters incessantly and indiscriminately bombarded Eritrea – not dissimilar to the bombing of Cambodia in 1969 following Nixon and Kissinger’s directives: “Anything that flies on everything that moves.”

N – is also for North Korea. The general, mainstream discourse on Eritrea derogatorily describes it as the “North Korea of Africa.” However, such perspectives have increasingly come to be seen as grossly inaccurate and peddled by Eritrea’s detractors for certain political ends. In fact, according to a seasoned Western ambassador based in Asmara, “those that compare Eritrea to North Korea have not been to North Korea and certainly do not know Eritrea.” Furthermore, after his visit to Eritrea in 2015, Norway’s Minister of Justice noted that descriptions of Eritrea (e.g. the “North Korea of Africa”) were highly inaccurate.

O – is for the Organization of African Unity (OAU). In 1993, the OAU was the scene of H.E. President Isaias’ first speech at the now defunct organization (it was succeeded by the African Union). During the speech, Isaias branded the organization an “utter failure” for its historic rejections of Eritrea’s calls for self-determination and its overall ineffectual approach.

P – is for Panettone. Festive panettone cakes are a regular feature of Eritreans’ holiday celebrations.

P – is for Polka Dot Jersey. In 2015, Eritrea’s Daniel Teklehaimanot made history at the Tour de France, considered cycling’s most prestigious event and one of sport’s most grueling. Not only were he and Merhawi Kudus the first black Africans to participate in the legendary competition, Teklehaimanot also donned the Polka Dot jersey as “king of the mountains.”

Q – is for Quite Ironic. It was quite ironic that although the Soviet Union was a key supporter of the UN resolution on decolonization and the principle of self-determination – A Resolution on the Granting of Independence to Colonial Countries and Peoples – it was opposed to and actively worked against Eritrea’s self-determination and independence especially during the latter stages of the liberation struggle.

R – is for the Red Star Operation.

“This army is paying the ultimate sacrifice in blood and life to fight
these traitorous mercenaries and the reactionary forces behind them.
It does so not for material benefits but for the liberation of the Eritrean
masses from the clutches of the bandits, for the defence of the revolution
of the Ethiopian peoples, and for freedom, glory and history. From now on
no mercy shall be shown to these pitiful dregs of history who treacherously
continue to attack the army from the back directly or indirectly.”
(MOND 1982 in Tareke 2002)

Mengistu made this statement in January 1981, announcing Operation Red Star, which it was hoped would finally destroy the EPLF “bandits.” In 1982, after extensive preparations and the help of Soviet advisors, the Mengistu regime embarked on the counteroffensive (its sixth) with over 136,000 troops, massively outnumbering the Eritreans. Regardless of the great disparity in personnel, equipment, and superpower support, the campaign failed to drive the EPLF from Nakfa. Instead it resulted in the death of over 40,000 Ethiopian troops. After the failure of Operation Red Star, the EPLF regrouped to seize the military initiative.

S – is for Sanyo and Singer. The former refers to the “Sanyo” radios that could be found throughout the trenches during the independence war. As well, modern “Singer” sewing machines (captured in EPLF raids on Asmara) were used to make uniforms and children’s clothes in EPLF-held areas. Many of the Sanyo and Singer machines were refurbished, reassembled and, in some cases, even produced from scratch – illustrating the ingenuity and resourcefulness of the freedom fighters.

T – is for Tsorona. In early 1999, Tsorona was scene to some of the fiercest fighting of the 1998-2000 Eritrea-Ethiopia war. Thousands of Ethiopian conscripts were forced to march against Eritrea’s well dug-in defences and were mown down by a hellish barrage of machine gun fire and mortars.

U – is for the United Nations. While the UN champions high-standing ideals, principles, and values, its historic relationship with and treatment of Eritrea have been fraught with injustice. In the immediate post-WW2 period, the UN was one of the co-authors of the original crime against Eritrea, overlooking Eritreans’ calls for independence and instead promoting an association that led to annexation. Thereafter, over a period of several decades, the UN continuously refused to hear Eritreans’ calls for self-determination during the long independence struggle. Since independence, the UN has overlooked an illegal military occupation and upheld sanctions that are increasingly recognized as illegitimate, unfounded, and counterproductive.

Notably, commenting on the ongoing sanctions against Eritrea, Herman J. Cohen, former US Assistant Secretary of State for African Affairs, has claimed that the sanctions have “no basis in fact,” are due to “certain persons in the highest levels of the United States Government [having] mean spirited grievances” and are “pure bullying.”

V – is for Volleyball. Generally, when thinking of volleyball, one thinks along the lines of “serve, return, bump, set, or spike.” However, in the Eritrean armed struggle context, volleyball was the name of a “game” played by courageous independence fighters in the trenches. In the trenches, fighters were under constant bombardment and fire from enemy

forces. Whenever the enemy lobbed a grenade into the trenches, the Eritreans, rather than flee for cover, instead ran towards the grenade and attempted to “return it” from whence it came – thus, volleyball.

W – is for Water. Eritrea is strategically located on the Red Sea, specifically the Bab-el-Mandeb strait, through which a large amount of trade passes. Consequently, the country has long remained a focus of foreign and western interests. As suggested by the former head of US Central Command, General Norman Schwarzkopf, “the Red Sea, with the Suez Canal in the north and the Bab el-Mandeb in the south, is one of the most vital sea lines of communication and a critical shipping link between our Pacific and European allies…Since a significant part of USCENTCOM’s forces would deploy by sea, ensuring these waterways remain open to free world shipping must be a key objective.”

Importantly, access to water has been a central focus of Eritrea’s national developmental objectives. In recent years, access to clean drinking water in rural and urban communities in Eritrea has risen to a total of 85%, dramatically higher than the meager figure at the onset of independence (Ministry of Land, Water and Environment; Pose and Samuels 2011).

X – is for X-factor. The X-factors, both for Eritrea’s independence and for the country’s ongoing socio-economic development pursuits, are Eritrean women. Within the annals of revolutionary liberation and guerrilla movements, Eritrea’s women are set apart upon two dimensions – their role (i.e. they performed all duties, even fighting on the frontlines) and their number (they constituted upwards of one-third of the independence army). Ultimately, women would prove absolutely critical to the eventual achievement of independence. In a similar vein, since independence women have been the key drivers of the nation’s pursuit of broad national development and economic progress.

Y – is for Yearning and Yikealo. Speaking to Eritreans, one quickly recognizes the deep yearning and desire for progress, development, growth, and improvement. At the same time, one is struck by their sense of Yikealo – a sentiment of “can do” or “making the impossible, possible.” While Eritrea is young and faced with numerous challenges, the people strive to move forward. Before blindly dismissing their relentless efforts and aspirations, it is helpful to recall Ha-Joon Chang’s general observation that, “150 to 200 years ago, people would call you crazy for arguing for the abolition of slavery. 100 years ago, they put women in prison for arguing for the vote. Only 50 years ago, many of the founding fathers of the developing countries were hunted down as terrorists and rebels by the British and French. 20 years ago, former UK Prime Minister Margaret Thatcher said that anyone who believes there will be black-majority rule in South Africa is living in Cloud Cookoo land…”

Z – is for Zones. During the colonial period, Italy implemented harsh policies of segregation and apartheid in Eritrea, particularly within the capital, Asmara. The city was divided into zones: one zone for Italians, one zone for those of mixed descent, one zone for the “natives” or “indigenous” populations, and a zone for industry.